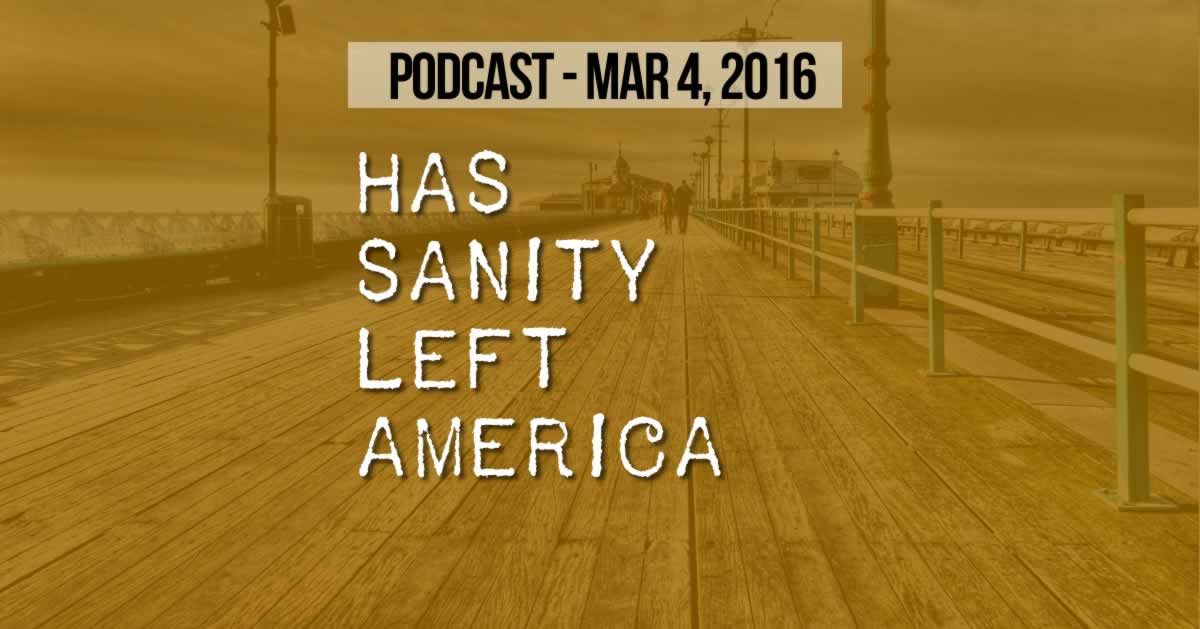 Those of us who are a little older look around at what America has become and wonder what happened to the nation we grew to love when we were young.  The greatest nation in the history of the world is being reduced slowly but surely to a laughing stock as we turn our backs on God and abandon reason for political correctness.
This morning we are covering stories on political correctness, sexuality, and the attempt to “normalize” radical Islam; all proof that American common sense and sanity has sprung a leak.  We’re joined by Pastor and best-selling author, Carl Gallups. We’ll talk about his new book, Be Thou Prepared.
Here’s a past interview with Carl Gallups, “Being Prepared for the Worst.”
The agenda to push sin culture-wide today began with the dumbing-down of American children and indoctrinating youth with evolution and atheism about a hundred years ago. Today, apathy is killing us.

We are under the judgment of open borders. America has violated borders and boundaries when it comes to a baby in a mother’s womb, marriage being redefined, open borders on public

perversion and sexuality, and millions of illegal aliens flooding into our land.

Even though we do not resemble the Christian nation we once were, people across this country are still coming to faith in Jesus Christ through the preaching of the gospel by the remnant of true, Bible-believing disciples. God is not finished with you and I, nor is He done with America – yet. Let’s put our faith into action because we are here for such a time as this.
When will we realize that one of the greatest mission fields in the West is in the pews and comfortable seats of our churches every Sunday morning? ~ Paul Washer