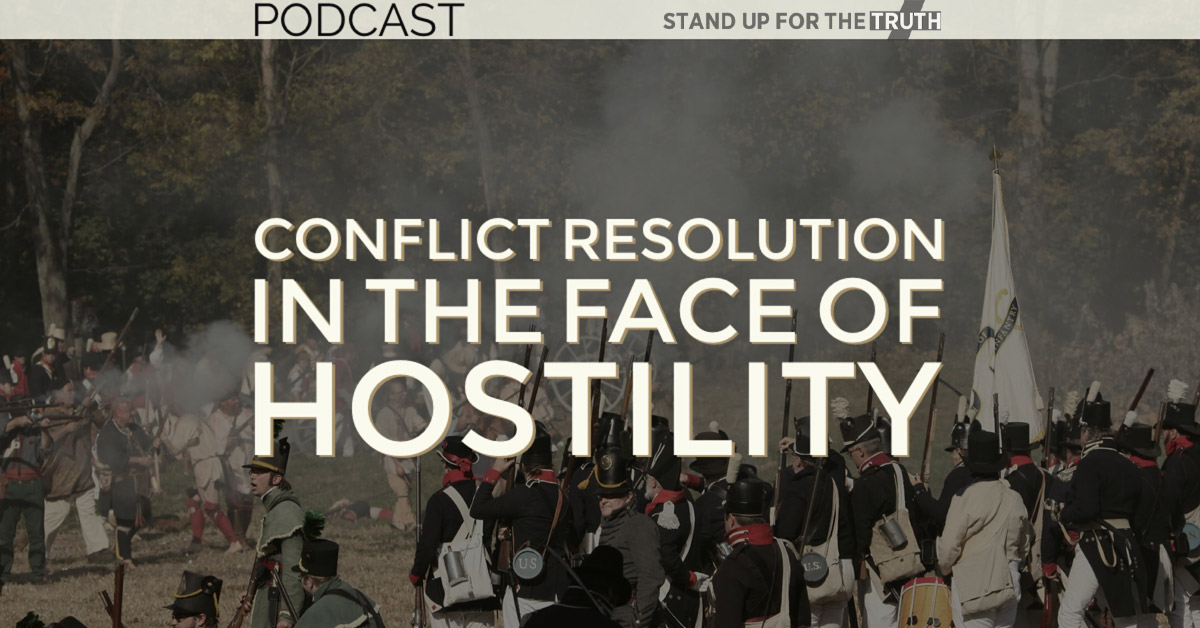 According to Scripture, Christians are in a battle whether we recognize it or not. Most of us know spiritual warfare is a constant in our lives and yet, we sometimes choose to deny the fact we have a very real enemy. The Apostle Paul talked about putting on the whole armor of God in Ephesians chapter six and reminded believers that our struggle is not against flesh and blood.
At the same time, we often get tangled up in arguments, earthly battles, and conflicts, often with those in the church. Love, forgiveness, and humility are definitely required on our part, but our flesh resists these things. On top of this, the relentless attacks on Christians by those who hate God and want nothing to do with biblical morality continue all around us. How should Christians respond and what can we do to address the problem?

Today we catch up again with Pastor Saiko Woods of His Word His Way Fellowship in Sugarland, Texas and get his perspective on conflict resolution and some recent news stories involving the LGBT agenda.
A few questions Pastor Saiko answers on today’s program:

If possible, so far as it depends on you, be at peace with all men. Romans 12:18

But actually, I wrote to you not to associate with any so-called brother if he is an immoral person, or covetous, or an idolater, or a reviler, or a drunkard, or a swindler—not even to eat with such a one. 12 For what have I to do with judging outsiders? Do you not judge those who are within? 13 But those who are outside, God judges. 1 Corinthians 5:11-12