Fighting Back for Religious Freedom 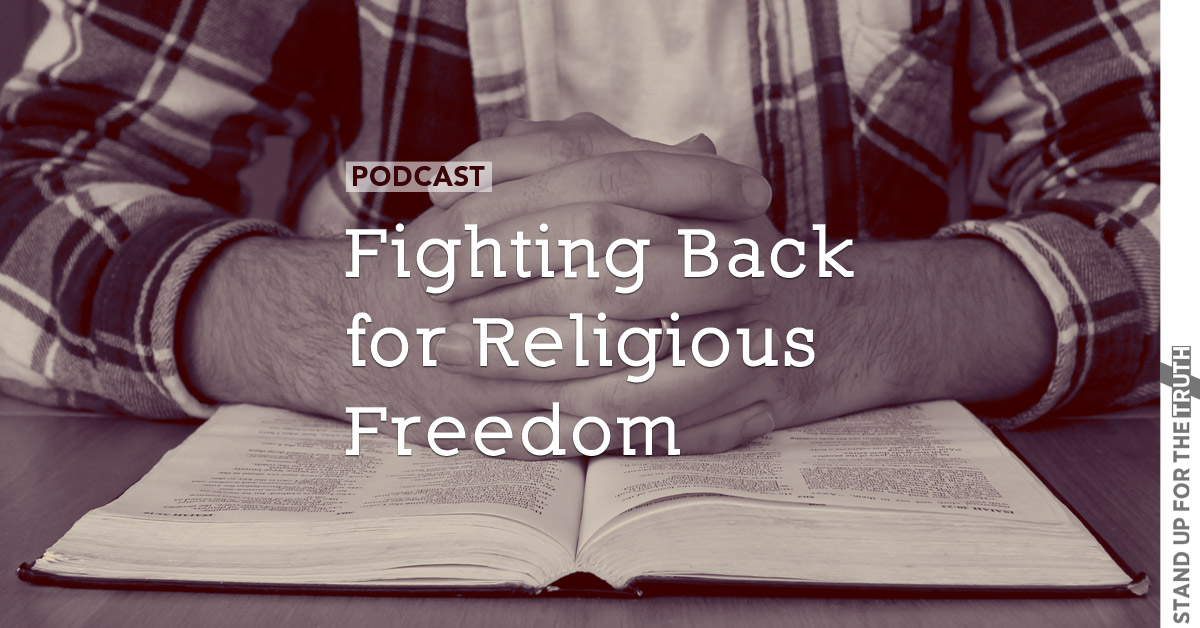 Many Christian leaders were worried over the ramifications of the Supreme Court legalizing homosexual marriage last year, concerned it would open the flood gates for discrimination against Christians. While progressives and radicals assured us they were only interested in “equality,” those of us who know better realized they would not stop until Christian thought and voices were silenced once and for all.

A couple of states are now fighting back, trying to pass legislation that supports the religious convictions of Christians and protects them from lawsuits. But the corporate America and the Obama administration are threatening economic punishment against them. The response from church leadership across the country?  So far, largely crickets…

Julaine Appling of Wisconsin Family Action joins us to review the recent presidential primary in Wisconsin and also discuss how Christian thought and activity is being threatened in our nation.  She gives us the perspective of a hard worker involved in the political process defending the family and biblical morality.

Many people ask how we can best discern the candidates – or anyone – based on Scripture. Here’s one passage from Jesus:

33 “Either make the tree good and its fruit good, or make the tree bad and its fruit bad; for the tree is known by its fruit. 34 You brood of vipers, how can you, being evil, speak what is good? For the mouth speaks out of that which fills the heart. 35 The good man brings out of his good treasure what is good; and the evil man brings out of his evil treasure what is evil. 36 But I tell you that every careless word that people speak, they shall give an accounting for it in the day of judgment. 37 For by your words you will be justified, and by your words you will be condemned.” Matthew 12:33-37

It’s confirmed: Politics can be bad for your health

The Day of Silence: “We’re Coming After Your Children”

Who are the Nephilim?

Are We Losing an Entire Generation to the Enemy?