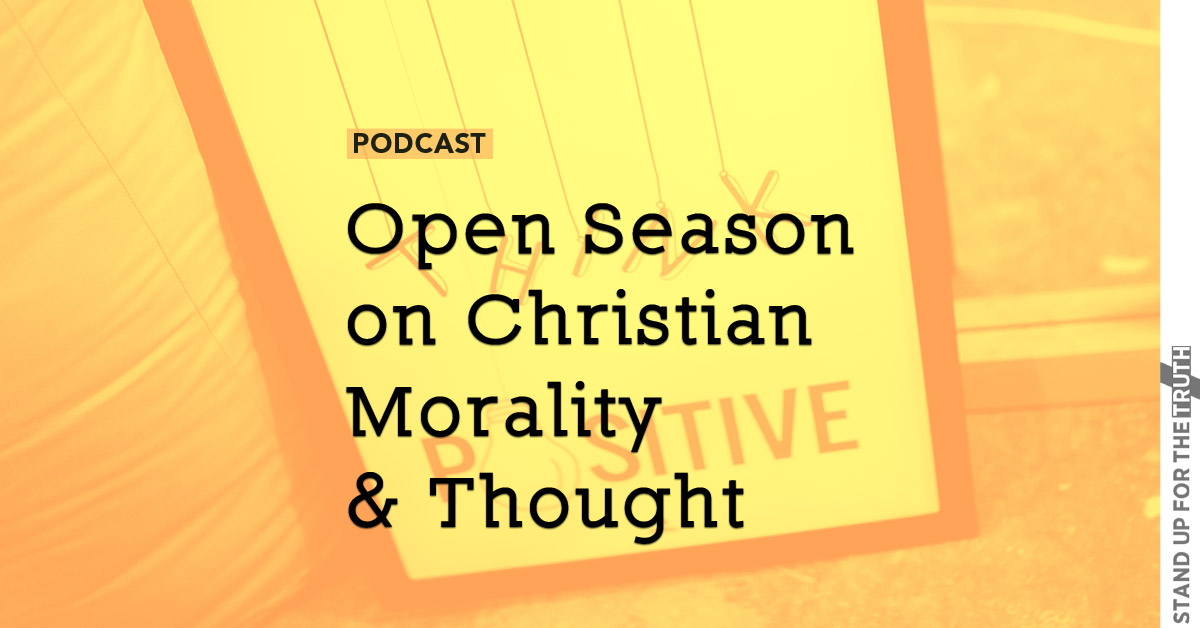 We’re joined by Pastor Carl Gallups today as we try to look at today’s news from a biblical perspective, and try to see how all that is happening around us fits into God’s plan for the world. Gallups’ latest book is Be Thou Prepared.

Many of us warned about the danger of judicial tyranny as the Supreme Court ruled in favor of homosexual “marriage” that it would usher in a full frontal attack on Christianity in America.  Too many people fell for the lie, “but we just want to live and let live, and love who we want to love.” Well, less than one year removed from the ruling, corporate America–and even many Christian churches (in name only) are piling on the homosexual and transgender bandwagon.
Will this eventually drive the true church underground?  How many professing Christians will be willing to compromise their beliefs because of their love of things of this world?
Pastor Carl Gallups, author of Be Thou Prepared joins us this morning to discuss the alarming expansion of the cesspool of immorality taking over our nation, and how Christians should respond.
QUESTIONS we asked Pastor Carl:

Do not be surprised, brethren, if the world hates you. We know that we have passed out of death into life, because we love the brethren. He who does not love abides in death. 1 John 3:13-14

…stand firm against the schemes of the devil. 12 For our struggle is not against flesh and blood, but against the rulers, against the powers, against the world forces of this darkness, against the spiritual forces of wickedness in the heavenly places. 13 Therefore, take up the full armor of God, so that you will be able to resist in the evil day, and having done everything, to stand firm. 14 Stand firm therefore… Ephesians 6:11-14

Do not love the world nor the things in the world. If anyone loves the world, the love of the Father is not in him.1 John 2:15

…to whom God willed to make known what is the riches of the glory of this mystery among the Gentiles, which is Christ in you, the hope of glory. We proclaim Him, admonishing every man and teaching every man with all wisdom, so that we may present every man complete in Christ. Colossians 1:27-28

Or do you not know that the unrighteous will not inherit the kingdom of God? Do not be deceived; neither fornicators, nor idolaters, nor adulterers, nor effeminate, nor homosexuals, 10 nor thieves, nor thecovetous, nor drunkards, nor revilers, nor swindlers, will inherit the kingdom of God. 11 Such were some of you; but you were washed, but you were sanctified, but you were justified in the name of the Lord Jesus Christ and in the Spirit of our God. 1 Corinthians 6:9-11

A woman shall not wear man’s clothing, nor shall a man put on a woman’s clothing; for whoever does these things is an abomination to the Lord your God. Deuteronomy 22:5

Target First Retailer to Allow Transgender People to Choose Bathroom
Target Has Declared War on Gender: Should We Boycott?
When Tolerance is a One-Way Street
Limbaugh: ‘Obliterating Morality Has Been What the Culture War is All About’
Gender-benders: Phony civil rights activists