Calling Godly Men! Who Is Leading the Church? 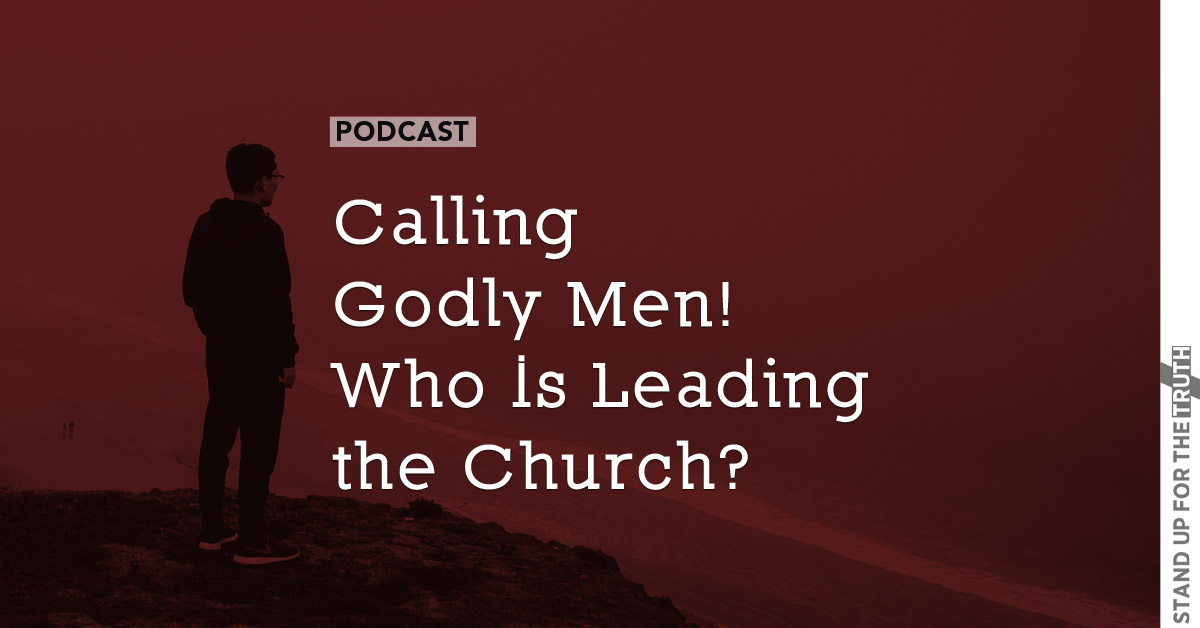 Dave's goal in life is to continually know Christ and make Him known. Check out Relate365.com Dr. Gary Gilley has been pastoring at Southern View Chapel since 1975. He is author of six books, and has also contributed to four other books, including Out of Formation. Pastor Gilley received his BA from Moody Bible Institute and his MBS and ThD from Cambridge Graduate School. He is a frequent speaker at Bible conferences and writes the monthly study paper, Think on These Things and is the Book Review Editor for the Journal of Dispensational Theology. He is also a board member of Brazil Gospel Fellowship Mission, Personal Freedom Outreach and New Tribes Missions. Pastor Gilley and his wife Marsha have two adult sons and six grandchildren.

Jesus referred to us as sheep.  Sheep want and need to be led.  And we know Jesus Himself is our Shepherd, but the Church was established so Godly men would lead people to the truth of God and His Word.

As the Christian Church in America faces uncharted waters in the coming years, who is poised to be the next generation of leaders in the Church?  Are there men of God who stand on the perfect truth of the Word of God?  Or men who are sold out to humanism and moral relativism?

Two men with a combined 73 years of Christian leadership join us this morning to discuss the future of the Church– Pastor Gary Gilley and Dave Wager. Both of them are part of tonight and tomorrow’s Watchman Conference in Suamico, WI.

Here are some discussion points from today:

Pastor Gilley: seeker-sensitive leaders such as Reverend Robert Schuller and others went out in the early 70s and asked people what they preferred in a church or church service. He then engineered a church – and the gospel – to fit the desires of the people rather than giving the people what they need; the truth.

Dave Wager: The church has become about people rather than about God. It has fallen into the pattern of making people comfortable and offering something to the un-churched so they will want to come to church.

Gilley: millions of people have come to a church and prayed that prayer and think they are good to go but they have missed the relationship with God and the importance of the true gospel… People have been trained to come to church for reasons other than the truth; programs, music, or entertainment…”

Wager: I think a lot of people just want God to be their sugar daddy… but what we really need to do is get to the point where salvation is not just a ticket into heaven or out of hell. We need to talk about sin and what separates us from God and then get rid of those things that prevent us from having fellowship with Him.

Lord, You have been our dwelling place in all generations.
2 Before the mountains were born
Or You gave birth to the earth and the world,
Even from everlasting to everlasting, You are God. Psalm 90:1-2

For You, O Lord, have made me glad by what You have done,
I will sing for joy at the works of Your hands. Psalm 92:4


He continued to seek God in the days of Zechariah, who had understanding through the vision of God; and as long as he sought the Lord, God prospered him. 2 Chronicles 26:5

So husbands ought also to love their own wives as their own bodies. He who loves his own wife loves himself; 29 for no one ever hated his own flesh, but nourishes and cherishes it, just as Christ also does the church, 30 because we are members of His body. Ephesians 5:28-29

Gilley: We’ve been called to make disciples, but some seminaries today are not focusing on this mission, but rather what might attract people and grow a church or ministry…”

Wager: Teachings in the classroom seldom prepares us for reality; they do not prepare get people ready for the real world… everything about Christianity is relational… There are many people coming out of seminaries I would probably not want to put into a pastoral role.”

Gilley: Some leaders act as if God doesn’t have any ideas so they have to come up with their own which often is a departure from Scripture… Megachurch pastors are known for their church growth measured in numbers; the Apostle John didn’t write about how big the seven churches in Revelation were, he emphasized the early churches were known for their commitment to Jesus Christ.

Wager: The ultimate judgment in life will be if we hear God tell us, “Well done.” We often measure success very differently than God and Jesus Himself didn’t focus on numbers, but those he led changed the world.

Gilley: This self-esteem movement has been going on for over half a century now. Our problem is not that we don’t love ourselves enough; we love ourselves too much when we [Christians] are to love God with all our heart, soul, mind, and strength.

Wager: If you’re going to take away the only real source of hope and significance and give people worldly solutions… I’m not going to counsel or  teach unless I can start with, “In the beginning, God…” He doesn’t do things by mistake and because of Him there is a great purpose for your life – it’s found in God… Understanding we are wanted by God changes everything. We’re not needed by God; He wants us…

Gilley: The Spiritual Formation movement got traction in the seventies, and they go wrong by looking back to church history and picking up some ancient disciplines not found in Scripture the way they define them. Most of these individuals, “spiritual masters,” come from a tradition that rejects the gospel and yet, their methods are attempts to please God… Spiritual disciplines sound good but men redefine good words like ‘meditation, fasting, and contemplation,’ and change what they mean.

Come and hear much more TONIGHT and TOMORROW at the 2016 Watchman Conference! What’s the Watchman Conference about?

Join us as Pastor Gary Gilley, Jay Seegert and Dave Wager discuss systematic theology and how to correctly interpret the Word of God in these challenging days.  Pastor Gilley will discuss the church growth movement, comparing its methods to the Bible.  Dave Wager will discuss his latest series “Reframing”, where he helps us return to solid biblical understanding of words that are being redefined.  And Jay Seegert will discuss how to use logic to share the gospel with unbelievers, and prove that the Bible is trustworthy.

Risking Your Life and Family for the Gospel

Entertainment, Idolatry, and Loving Pleasure Instead of God