Whose Agenda are You Following?

by webmaster | May 5, 2016 | Best of!, Evangelism, Podcast, Politics and Faith, Religious Freedom | 8 comments 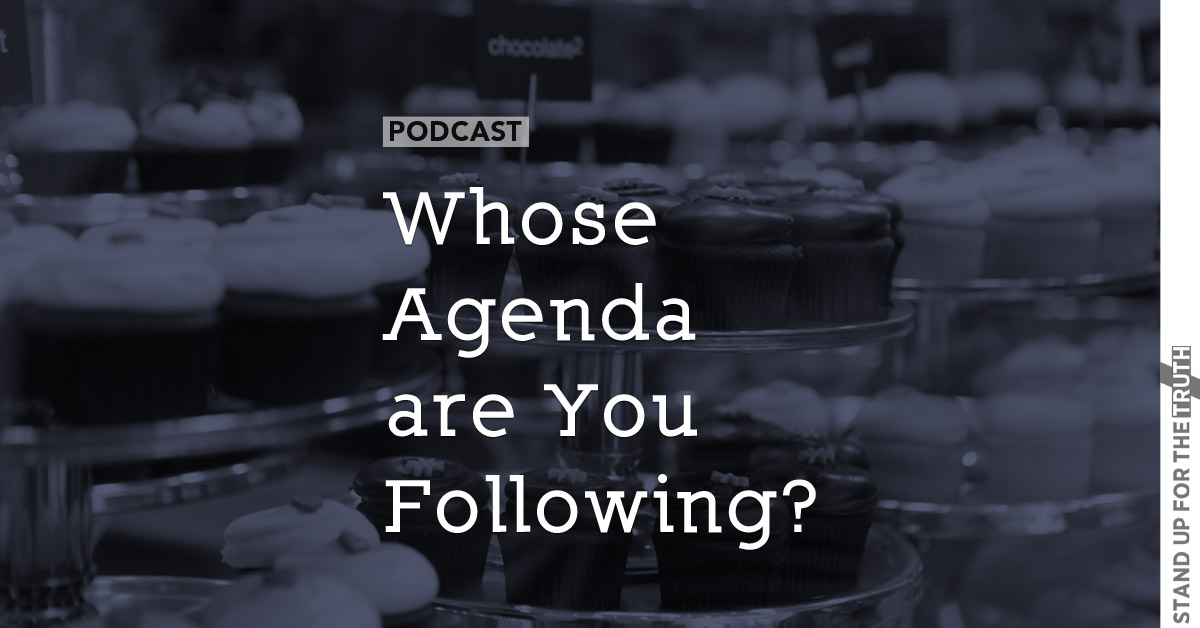 On this National Day of Prayer, most of us understand God has a plan that cannot be thwarted. We also know man will fight for his way, his plan, and the world, with Satan as its god, has its own agenda.  Today we continue our look at the not so secret agenda being unfolded in our nation and in the world to lure people away from God. Believe it or not, there are Communist Goals being implemented in America and some progressives are openly admitting their agenda is a godless one. Here are a few:
11. Promote the U.N. as the only hope for mankind.
15. Capture one or both of the political parties in the United States.
17. Get control of the schools. Use them as transmission belts for socialism and current Communist propaganda. Soften the curriculum. Get control of teachers’ associations.
21. Gain control of key positions in radio, TV, and motion pictures.
25. Break down cultural standards of morality by promoting pornography and obscenity in books, magazines, motion pictures, radio, and TV.
26. Present homosexuality, degeneracy and promiscuity as “normal, natural, healthy.”
Referring to the Supreme Court decision last June that said state bans on same-sex marriage were unconstitutional, House Minority Leader, Nancy Pelosi boasted:

“We had four points – it was a four-legged stool of what we wanted to accomplish – to pass a fully inclusive hate crimes legislation… Another piece of our agenda was to promote marriage equality in our country. Legislatively, we couldn’t really succeed, but from the courts and the rest, and public opinion, of course, …that victory has been won.”

According to the Obama/Pelosi/Reid Democrats, the second “leg” was the successful repeal of Don’t Ask, Don’t Tell which endorsed open homosexuality in the United States military. Pelosi confessed that “would not have happened without the president’s leadership and courage.”
We also look at the fascination with immortality and a new proposal: bringing dead people back to life.  We’ll cover this interesting story about man’s quest to be god. In the first segment, we talk politics, family, and culture with Julaine Appling of the Wisconsin Family Council and discuss some of the choices ahead for voting citizens.
One thing is certain – the country has changed and not for the better!
Less than seventy-five years ago, six-time candidate for the Socialist Party of America, Norman Thomas, stated:

“The American people will never knowingly adopt socialism, but under the name of liberalism they will adopt every fragment of the socialist program until one day America will be a socialist nation without ever knowing how it happened.”

Signs now point to the fact that many Americans have been seduced by socialist ideology resulting in a more secular society where man is god and manipulates outcomes. Christians are not immune from the influence of this worldview that leads to the death of economic stability, morality, and accountability in government.
Let’s be reminded Who is in control and sovereign over all…

Rejoice in the Lord always; again I will say, rejoice! 5 Let your gentle spirit be known to all men. The Lord is near. 6 Be anxious for nothing, but in everything by prayer and supplication with thanksgiving let your requests be made known to God. 7 And the peace of God, which surpasses all comprehension, will guard your hearts and your minds in Christ Jesus.
8 Finally, brethren, whatever is true, whatever is honorable, whatever is right, whatever is pure, whatever is lovely, whatever is of good repute, if there is any excellence and if anything worthy of praise, dwell on these things. 9 The things you have learned and received and heard and seen in me, practice these things, and the God of peace will be with you. Philippians 4:4-9

ARTICLES
But They Said It Wasn’t An Agenda!
Pelosi: Court Gave Us Victory on Same-Sex Marriage We Could Not Get ‘Legislatively’
Congressional Record: 45 Communist Goals
Bathroom confusion gathering momentum