What Will Get Us Out of Our Comfort Zone? 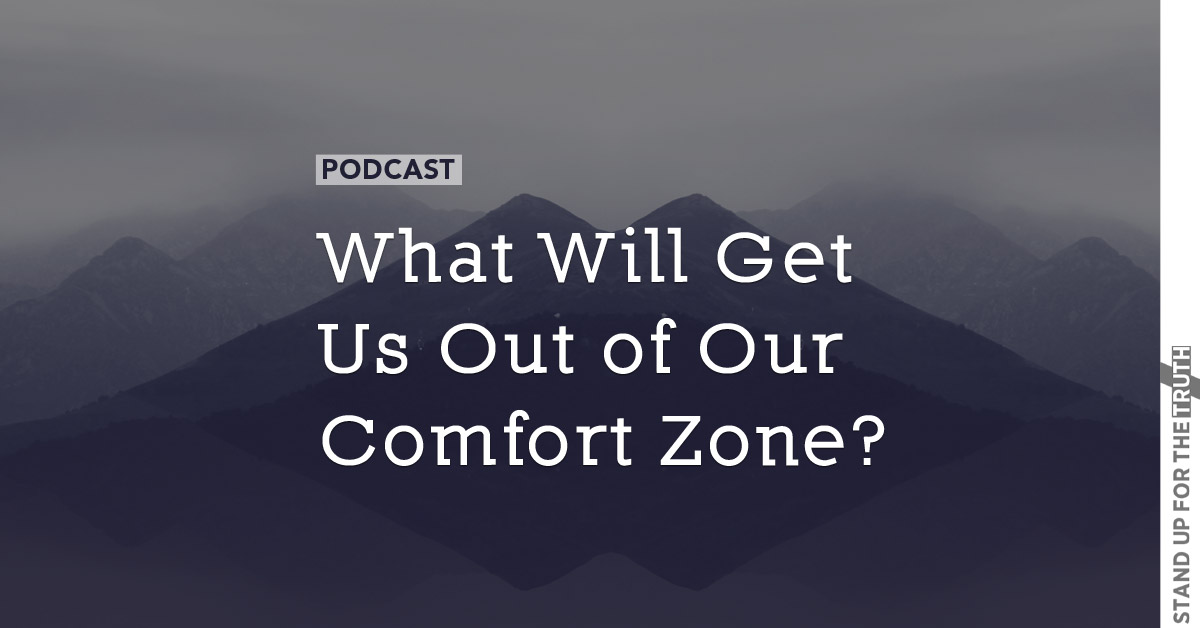 Some believe if we do not have major revival in America, the only thing that will bring the church back to repentance and a passionate pursuit of Jesus Christ – is persecution. Not exactly a calming thought.

Persecution is difficult to address in our modern world. For the Christian, though God is our Refuge and the name of the Lord is a strong tower, we are not promised comfort or even safety at all times. Should we be treated better than countless heroes of the faith who were persecuted or killed for the cause of Christ?

In the early church days, persecution was expected, anticipated, and even celebrated! Many actually rejoiced for the privilege of suffering for Jesus’ name. Not in today’s America; We have grown accustomed to comfort and luxury. Sadly, we live as if we are detached from persecuted Christians in other countries when in fact, they are family; brothers and sisters in Christ. We can at the very least pray for them, but let’s also raise awareness about those suffering for Him.

Today, Elijah Abraham brings an important perspective on world events, Islam, evangelism, and persecution. Most of us need to be better at defending the truth, speaking up and sharing the gospel – until the whole world hears!

A lukewarm church however, cannot get the job done and fulfill the great commission. Is there a strong comparison between the church in Laodicea and the church in America? Elijah Abraham believes so.

‘I know your deeds, that you have a name that you are alive, but you are dead. 2 Wake up, and strengthen the things that remain, which were about to die; for I have not found your deeds completed in the sight of My God. 3 So remember what you have received and heard; and keep it, and repent. Therefore if you do not wake up, I will come like a thief, and you will not know at what hour I will come to you... Revelation 3:1-3

‘I know your deeds, that you are neither cold nor hot; I wish that you were cold or hot. 16 So because you are lukewarm, and neither hot nor cold, I will spit you out of My mouth... He who overcomes, I will grant to him to sit down with Me on My throne, as I also overcame and sat down with My Father on His throne. 22 He who has an ear, let him hear what the Spirit says to the churches.’” Revelation 3:15-16,21-22

What do you think it will take for us to fall to our knees, repent, and boldly live out the gospel? Revival, persecution or perhaps, both? Christianity is rapidly growing in Africa, China, and secular nations while Islam is the fastest growing “religion” in North America. To clarify, Islam is not even a religion; it is a socio-political and economic system that uses a deity to advance its agenda.

Elijah Abraham emphasizes the fact Christianity and Islam are not theologically compatible. Therefore Islam is anti-Christian:

…3 and every spirit  that does not confess Jesus is not from God; this is the spirit of the antichrist, of which you have heard that it is coming, and now it is already in the world. (See 1 John 4:1-6)


Forty percent of a Muslim’s activities are religious, but 60% are political. For those who think Islam is a religion, how do you explain Sharia Law and what would happen if it was implemented little by little, state by state?

Because this is a real possibility for America down the road, Elijah Abraham is rightly concerned about our open borders and the number of refugees being admitted to the United States.

There’s always hope if our eyes are on Christ alone, but we need to welcome Him back in our hearts, lives, and churches. (emphasis on welcoming Him BACK) From outside the church door, Jesus is saying…

Behold, I stand at the door and knock; if anyone hears My voice and opens the door, I will come in to him and will dine with him, and he with Me. 21 He who overcomes, I will grant to him to sit down with Me on My throne, as I also overcame and sat down with My Father on His throne. 22 He who has an ear, let him hear what the Spirit says to the churches.’” Revelation 3:20-22

Our prayer is for Christians to hear what the Holy Spirit is saying to us, to repent if necessary and obey His Word. Muslims are being saved in record numbers around the world when they hear the truth of the gospel. Lord, help us speak the truth with love, boldness, and clarity so that more people will turn to the only living God, Jesus Christ.

Faith on the Rise in Nepal

Perfect Muslim Ally? The Nation That Stands Between the West and Jihad

Is something afoot between Israel & her Sunni Arab neighbors? (If not, why are Egyptian & even Saudi leaders suddenly talking so nicely to the Jewish State?)

‘Anti-Racists’ and Feminists Demonize Only Israel

Voice of the Martyrs

The Reality of Demons and Spiritual Warfare

Religious freedom is an oxymoron for Christians

Dave Wager: The Importance of Being In God’s Family