Absolutes in a World of Confusion 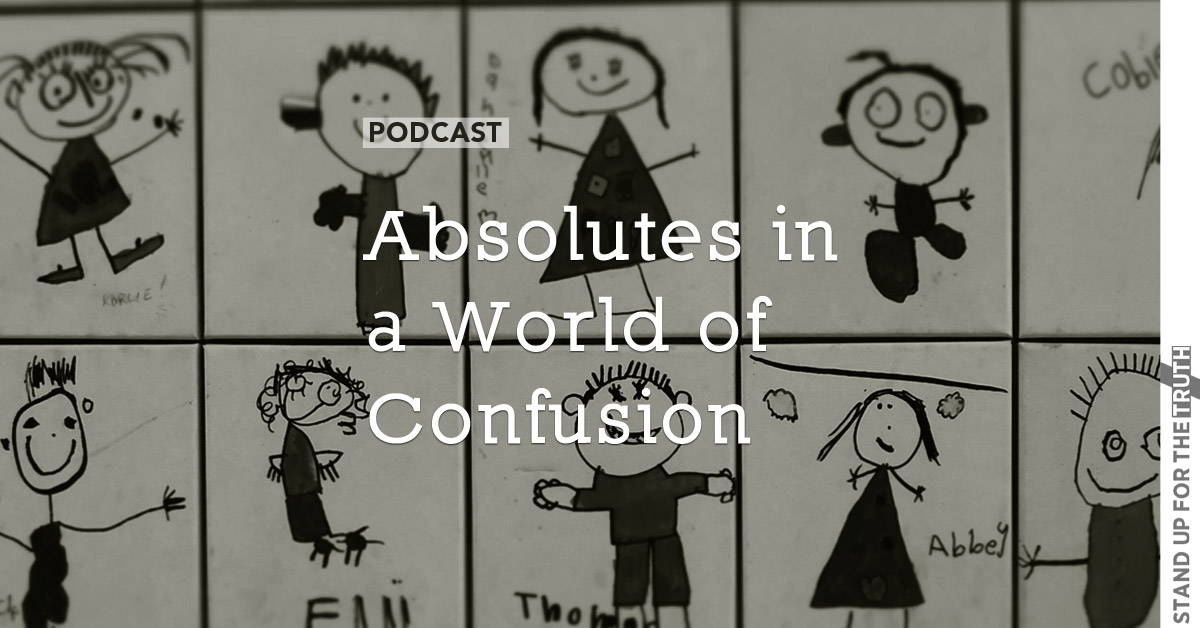 We are a confused nation. Confusion is something that fuels helplessness and hopelessness. Many have abandoned God and thereby abandon reason.

Only about one-third of Americans believe moral truth is absolute, but what about Christians? You’d think the percentage would be very high, but only 59% of practicing Christians believe in moral absolutes.

This should concern us! American Christians seem to be on a happiness quest rather than a truth quest, and we have backed out of culture to pursue our own desires. What happened to the salt and light?

The Left has succeeded at framing arguments by changing rhetoric which leads to changes in our thoughts and behaviors, but these changes are not based on biblical truth. It’s confusion by design.

Today, Dave Wager joins us to talk about the confusion in our culture and the decreasing belief in moral absolutes.

The sum of your word is truth, and every one of your righteous rules endures forever. Psalm 119:160

They are not of the world, even as I am not of the world. Sanctify them in the truth; Your word is truth. As You sent Me into the world, I also have sent them into the world. For their sakes I sanctify Myself, that they themselves also may be sanctified in truth. John 17:17-19
Every word of God is flawless; he is a shield to those who take refuge in him. Proverbs 30:5

QUOTES:
Those who reason have a set of absolutes with which to evaluate their reasoning upon, and without such a structure, it is impossible to have reason. Dave Wager
We are in the midst of open rebellion against God and the rejection of His created, divine order including the most basic truths in Scripture. …As confusion and ambiguity are promoted above clarity and truth, the tendency is to toss out biology, science, facts, history, and of course, the Bible. David Fiorazo
Each of us is born either a male or female. God made it simple. …Marriage was intended to be a covenant between one man and one woman. Abandoning the simple has made this confusing. Sexual intimacy was meant to be between a male and female who have committed to faithfulness to each other. Abandoning the simple has made this confusing. Dave Wager

We seem to always look at ourselves as the measure of success, and avoid absolutes in that they have the possibility of destroying our carefully designed deceptions.
Reasonable people embrace absolutes, for they allow us a simple understanding of life, death, significance, and security.

Confusion – Dave Wager
Redefining What it Means to be Human – David Fiorazo
Is there an Objective Moral Law? Frank Turek
From Moral Relativism to Reality Relativism – Dr. Michael Brown
Sexual Confusion: the New Religion
The Source of Moral Absolutes