Christians on Offense ‘Storming the Gates of Hell’ 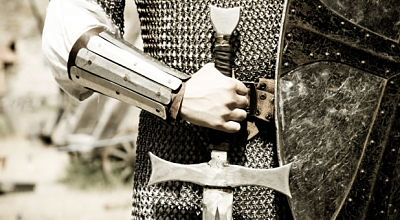 He said to them, “But who do you say that I am?” Simon Peter answered, “You are the Christ, the Son of the living God.” And Jesus said to him, “Blessed are you, Simon Barjona, because flesh and blood did not reveal this to you, but My Father who is in heaven. I also say to you that you are Peter, and upon this rock I will build My church; and the gates of Hades will not overpower it. Matthew 16:15-18

Suffer hardship with me, as a good soldier of Christ Jesus. No soldier in active service entangles himself in the affairs of everyday life, so that he may please the one who enlisted him as a soldier. 2 Timothy 2:3-4

Why does it seem Christians are almost always on the defensive rather than preaching the gospel, influencing culture, and standing up for Christ and His truth? Jesus Christ enlisted us in active service, and we are to make it our goal to obey and please Him (2 Corinthians 5:9). As soldiers of an eternal army, we cannot afford to be indifferent or ignorant about the intensifying battle all around us. When we are silent and fail to engage in warfare, we become ineffective for God’s kingdom including the important work of making disciples.

Here’s an excerpt from The Cost of Our Silence (chapter 14).

This epic battle between the kingdom of heaven and the kingdom of darkness is real whether you believe the Bible or not. Jesus came to earth to destroy the works of the devil (1 John 3:8), and when He returned to heaven, He sent the Holy Spirit to help us fight (John 14:12).

The leaders of the armies are Jesus Christ whom God has exalted forever far above all rule and authority and power and dominion, and every name that is named, not only in this age but also in the one to come (Ephesians 1:21); and Satan, the temporary ruler of this world (John 12:31) whose time is short (Revelation 12:12).

God allows us to choose what part we will play in advancing His kingdom. We can choose to do nothing or we can respond to His call and fight the good fight of faith (2 Tim. 4:7). Yes, it is risky, certainly unpopular, and potentially dangerous, but without risk, we experience little reward and we often suffer repercussions for not taking action.

Lord of the Rings’ fans will remember the scene in The Two Towers in which the massive, evil army of Mordor was on the move toward Gondor in their quest to wipe mankind off the face of the earth. After being warned about the enemy advancing, Aragorn encouraged the king to ride out and face the enemy. Théoden, King of Rohan, declared, “I will not risk open war.”

“Open war is upon you whether you would risk it or not.”

Instead, the king ordered the city to evacuate and retreat to Helm’s Deep, a fortress that had kept them safe in the past… As a result of not staying to fight, many more lives were lost.

Finally, be strong in the Lord and in his mighty power. Put on the full armor of God so that you can take your stand against the devil’s schemes. For our struggle is not against flesh and blood, but against the rulers, against the authorities, against the powers of this dark world and against the spiritual forces of evil in the heavenly realms (Ephesians 6:10-12).

Do we avoid conflict and run away when life gets difficult or when we are faced with opposition?

For some, their security is money; for others, that security comes from family, a job, a relationship, the Internet, or even church activity. Some escape to entertainment; others to whatever provides immediate gratification. Our culture will only get worse if we continue to seek comfort, worldly things, or our own happiness while avoiding the battle for souls and ignoring our mission in Christ.

…And what if people in our own church say the Bible is not inerrant, there are no moral absolutes, and we are taking our faith too seriously? Press on!

We’re not to be overcome by evil; we are supposed to overcome evil with good (Romans 12:21). Today’s remnant of committed believers must not follow the pattern of the [lukewarm] church in the last hundred years.

I agree with Charles Spurgeon and others who believe we are foolish to expect to serve God without opposition. In fact, Spurgeon stated, “the more zealous we are, the more sure are we to be assailed …” But he always kept the victory in sight:

Glory be to God, we know the end of the war. The great dragon shall be cast out and forever destroyed, while Jesus and they who are with him shall receive the crown. Let us sharpen our swords tonight, and pray the Holy Spirit to nerve our arms for the conflict. Never battle so important, never crown so glorious. Every man to his post, ye warriors of the cross, and may the Lord tread Satan under your feet shortly!

…Jesus said the gates of hell would not prevail against the church (Matthew 16:18). Think about what gates are used for. Christians will overpower the enemy’s gates in the end. Did you get that? Though Satan constantly attacks believers, the Bible never refers to the enemy storming the gates of heaven!

One of the keys to our success in spiritual warfare is this pearl of truth: Gates are defensive!

All hell should be on guard, and a strong, armor-wearing, battle-tested church should be on offense, attacking the enemy with God’s Word. Preaching the gospel is one way to stay on offense and help rescue people from the camp of the enemy.

Ephesians 6:17 tells us that the sword of the Spirit is the Word of God. Too many of us leave our swords at home on a dusty shelf. We forget Satan is a defeated foe…

Most Americans Believe in a Creator, But do They Trust Him? 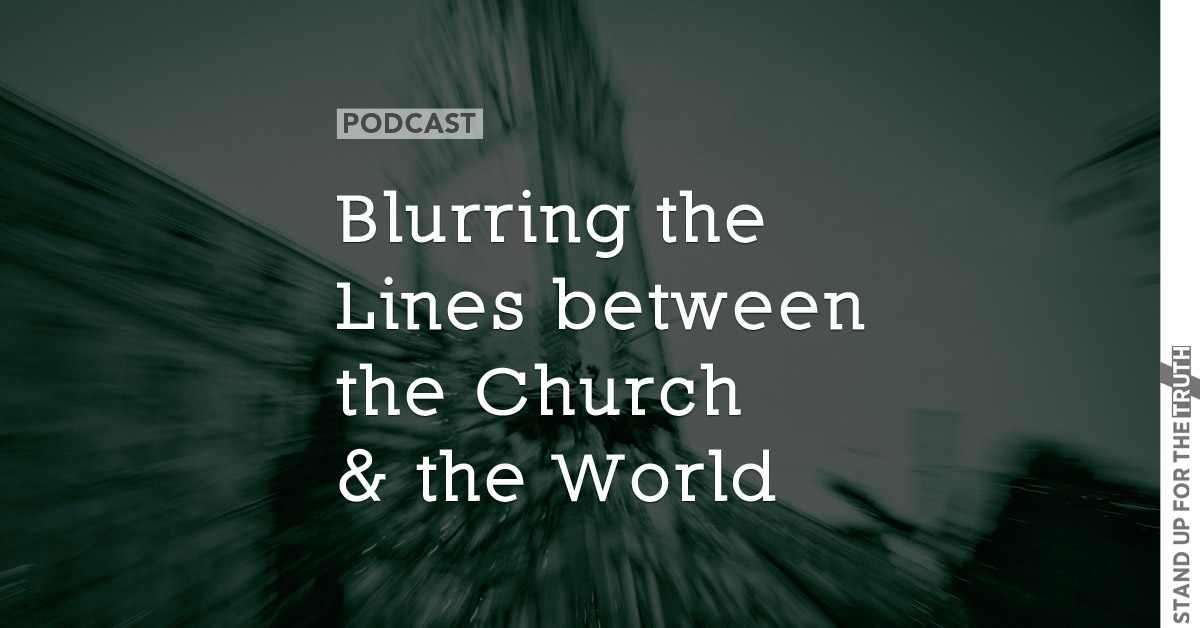