Cultivating a Culture of Decay 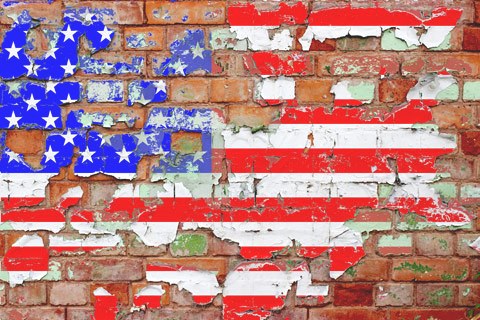 More sobering polls have emerged recently further proving America’s downward spiral. Our decline has been so gradual many of us did not notice – or did not want to notice – how the lines of acceptable behavior have shifted and the standards of morality have plummeted – even among professing Christians.

Not only have we failed to protect our spiritual and national heritage, but due to a generally lukewarm church, America has been easy, fertile ground for enemies of God to cultivate, plant and water seeds of immorality. They have taken root and produced an abundance of what the Bible considers sin.

Barna’s new research shows 41% of “practicing Christians” think cohabitation is a good idea, and 48% live with or have previously lived with their boyfriend/girlfriend. Let that sink in a moment.

According to Gallup’s recent poll on what is morally acceptable to Americans, cohabitation is up to 65% approval. Next, divorce is at 72%, and birth control is up to 89%. If we think like liberals, that abortion is another form of birth control, this latter number is not at all surprising. As Matt Walsh stated after the Supreme Court ruled against Texas abortion restrictions, “if leftists believe abortion mills are medical clinics, why don’t they want them to be treated (regulated) that way?”

You know the commandments, ‘Do not commit adultery, Do not murder, Do not steal, Do not bear false witness, Honor your father and mother.’

Sadly, truth and moral absolutes are now based on feelings, opinion, and what’s popular in culture rather than a fixed moral and ethical standard.

Those who think sex between an unmarried man and woman (fornication) is acceptable is now at 67%, and not surprisingly, homosexual sex is up to 60%.

…Though there has been a radical LGBT agenda since at least the 1970s, Christians have helped pave the way by minimizing God’s covenant of marriage between one man and one woman through no-fault divorce, adultery, pornography, and fornication. God abhors all sexual sin.

How can Christians preach the gospel and shine in darkness when we have had so much sin in our own camp?

The ‘Church’ Infecting Christianity: Where Did the Emergent Church ‘Emerge’ From?

A Disconnect With Reality?

Elijah Abraham: This Is Good And Bad For America, Perspective

What Will the Church in America Look like in Ten Years?