Redefining What it Means to Be Human 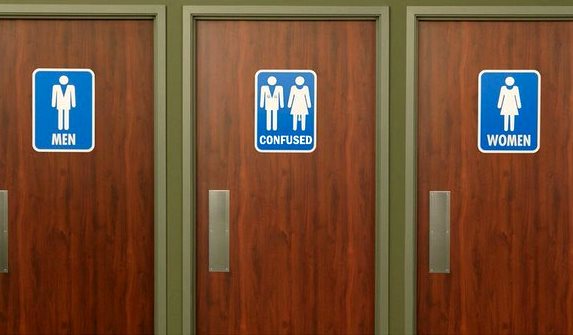 We are in the midst of open rebellion against God and the rejection of His created, divine order including the most basic truths in Scripture.

Many think Bruce Jenner was the one who catapulted moral relativism into the spotlight; it was actually Oprah Winfrey. In 2008, she promoted “the first pregnant man,” but she was actually a woman named Tracey who had a double mastectomy and doses of hormones for facial hair. She did not have genital reconstruction surgery at that time and has had three children.

June is LGBT Pride Month and naturally, the President proudly announced his annual proclamation celebrating sin while suggesting bible-believing Christians are backwards in their thinking. He claims it is a fight for “dignity and equality, justice” to “forge a more inclusive society.”

He’s definitely representing the minority. Research proves most American citizens are more concerned about religious freedoms and increasing immorality. The problem is we are uncertain about truth and morality itself!

As confusion and ambiguity are promoted above clarity and truth, the tendency is to toss out biology, science, facts, history, and of course, the Bible.

God’s Word provides instruction on how mankind should live and is extremely clear about our origins, the deity of Christ, truth, morality, salvation, and sin; but by observing our culture one might conclude professing Christians are as lost as those outside the Church.

Our biblical illiteracy has been exposed because our foundations were not built on the Rock. As a result, not only is the church in desperate need of repair, but the nation is being destroyed on our watch because we’ve lost our influence.


The left however, has not lost theirs. One of its goals is to blur the lines of right and wrong via the agenda to eradicate Christianity because to them, man is god.

How do we respond to this worldview?

If there’s no truth and if there are no fixed, objective, universal moral standards for all people at all times; then God, life, marriage, family, sex, justice, and gender can mean whatever culture or individuals decide.

According to new Barna research on absolutes,

Christian morality is being ushered out of American social structures and off the cultural main stage, leaving a vacuum in its place—and the broader culture is attempting to fill the void.

Most Christians say they are concerned about immorality in America, but the church has not been equipped to deal with the onslaught of evil and we have been influenced by the growing tide of secularism and religious skepticism.

What does this indicate about our society and the church? It reveals the degree to which Americans pledge allegiance to the “morality of self-fulfillment,” a new moral code that has all but replaced Christianity as the culture’s moral norm. The greatest good is ‘finding yourself’ and living life in pursuit of pleasure.

Since many Christians are on a happiness quest instead of a quest for truth, why should the world be any different? No wonder people are confused about the very nature and origins of humanity.

For years the transgender movement advanced under the radar of same sex marriage battles, for which the path was paved by no-fault divorce. So today, like frogs in a slowly-boiling kettle, we are being set up for genderless marriage in a godless society.

It’s not about “love” (what do they mean by love?) or “equal rights,” but power and control.

…While Americans have been distracted by same-sex “marriage,” transgender activists have been quietly changing laws all across the nation to redefine humanity on their terms. In fact, the enactment of gender identity laws has in many cases outpaced same-sex marriage legislation.

And today, transgender athletes will now take part in the Olympics. Female-to-male athletes can compete “without restriction,” while male-to-female athletes must undergo hormone therapy according to new IOC guidelines. States are debating the federal government over bathroom bills, religious freedom protections, gender identity, and even the First Amendment.

Even the Church has been duped…

The World Wonders About USA Protests

The Growing Complexity of Freedom of Speech