by Stand Up For The Truth | Jul 22, 2016 | Christianity, Culture & Morality, Entertainment 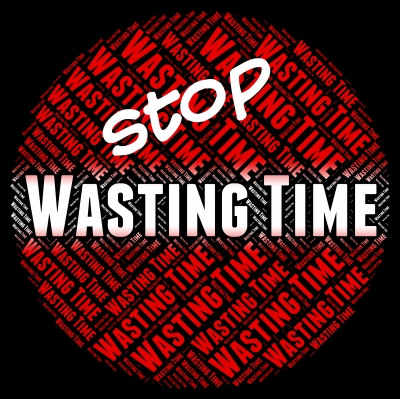 We love our entertainment in America and it’s so easy to waste a lot of time. But perhaps more important is a fact most people do not seem to realize: how we spend our time affects both soul and spirit, either drawing us closer to God or further away.
It’s the ‘hours of influence’ principle which in early computer days was known as “garbage in, garbage out.” It’s easier to reprogram a computer than it is our minds, which the Bible says we are to renew (Rom. 12:2).
Christians are to be set apart, striving for holiness instead of happiness and godliness instead of ungodly pursuits. We should stand out from the world and shine light in the darkness, not participate in its deeds (Eph. 5:11).
Paul wrote to the church in Ephesus:

Therefore be careful how you walk, not as unwise men but as wise, making the most of your time, because the days are evil. So then do not be foolish, but understand what the will of the Lord is. (Ephesians 5:15-17)

With so much of today’s entertainment falling under the category of soul pollution – much of it promoting what the Bible considers to be sin – it’s no surprise American culture has gone into the gutter.
But this is where people such as Kim Kardashian and other so-called reality TV stars are taking us. This stuff wouldn’t be on television if people didn’t watch it and if advertisers didn’t make a profit.
(Lest you think I’m picking on a few people, there’s just not enough time to write extensively about the entertainment industry, the music and gaming industry, media, corporations, pro sports, and the evils involved.)
Even beyond the stunning popularity of shows like Keeping Up with the Kardashians, think of their negative influence on young people today: offensive language, style of (and lack of) dress, disrespect for authority, promotion of promiscuity, selfishness, and extremely liberal attitudes about sex and morality.
Not only is immorality celebrated, the message is this: bad behavior gets rewarded.
We have succumbed to the values of Hollywood and the meaninglessness of today’s entertainment, and one day each of us will be held accountable for what we did with the talents God gave us.
To end the book of Ecclesiastes, King Solomon stated:

The conclusion, when all has been heard, is: fear God and keep His commandments, because this applies to every person. For God will bring every act to judgment, everything which is hidden, whether it is good or evil. (Eccl. 12:13-14)

What matters from a biblical perspective is not necessarily the massive cultural shift in opinions about truth and morality, but the fact these views are more common among professing Christians and religious Americans. I am only surprised at the speed by which these attitudes have infested the Church.
Just fifty-four percent of evangelicals now believe it’s wrong to identify as a different gender; 35 percent of Muslims and only 26 percent of Catholics agree. Religious folks are either not reading, not understanding, or not obeying the teachings in their holy books.
A new national survey was done by LifeWay Research indicating a changing worldview that is becoming more and more secular. The poll reveals an increasing percentage of Americans no longer believe in right and wrong, and don’t think there’s absolute truth.
Sixty percent believe that it is not morally wrong for individuals to self-identify with a gender that is different than their natural biological sex. From this we can conclude a majority of Americans now reject the fact that a Creator (God) gave them a specific gender that cannot be changed…