by Stand Up For The Truth | Aug 29, 2016 | Christian Church, Culture & Morality, Government, Podcast 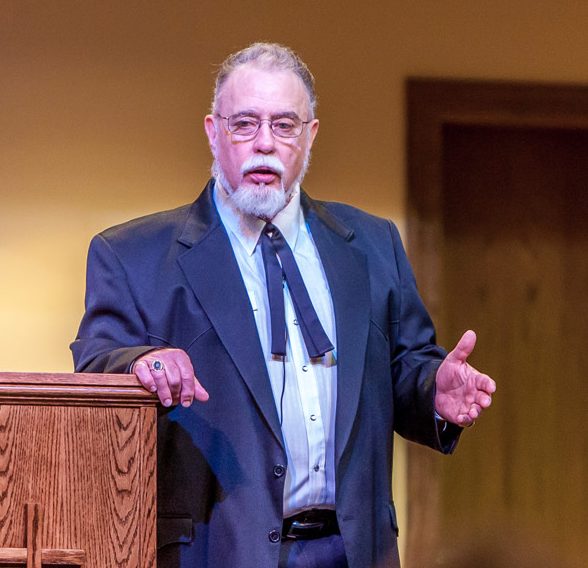 President, Midwest Christian Outreach
Don and his wife, Joy, formed Midwest Christian Outreach, Inc. (MCOI), in April 1995 with about a dozen other like-minded people as a home mission, with an emphasis on bringing the Gospel of Jesus Christ to cultists. MCOI’s mission is to give clear answers, and a solid defense of the orthodox biblical faith, to all types of unbelievers — atheists, agnostics, as well as members of cults and new religious groups such as the Jehovah’s Witnesses, Mormons, the International Churches of Christ, and so on.
Learn more

If a person’s moral compass is not based on biblical morality, then that compass will only leave a person lost, will it not? We all must answer the question of ultimate authority for ourselves and decide who we want to guide our lives.
Is there or is there not an established (fixed) moral code or law? If so there must be a Lawgiver.
As the Star of Bethlehem led the Shepherd’s to the Christ, the Holy Spirit is our internal compass pointing to ‘true north’ which happens to be Jesus and His Word, which includes the commandments. After all, He is our guiding light, the Alpha and Omega, as well as the chief Cornerstone.
Revelation 22:16 states:

“I, Jesus, have sent my angel to give you this testimony for the churches. I am the Root and the Offspring of David, and the bright Morning Star.”

If the one true, eternal God is not our focal point in the development and measure of our morality, then relativism reigns and anything goes. In other words, man then determines what is best, not the Creator of the universe. So much for the laws of nature and nature’s God!
Today, we welcome back to the program, Don Veinot of Midwest Christian Outreach to help sort this out.
From Don Veinot’s article: Whose Moral Compass?
“Speaking at a women’s conference in 2015, Hillary Clinton asserted that “…deep-seated cultural codes, religious beliefs, and structural biases have to be changed…” The fact that she would dare to challenge American’s cherished religious freedom was both profound and shocking to many. Religious views have to be changed? What? What right does the Federal Government or any politician have to dictate moral views and religious teachings? More recently, she made clear that human rights are not, as the Constitution declares, “unalienable Rights” which were given to us by “the Creator,” when she stated, “…the unborn person, uh, doesn’t have constitutional rights…”. Her arrogant declaration of which persons have human rights and which persons do not contradicts the foundational American belief that all men are created equal, and all possess unalienable (cannot be taken away or denied) rights. The Declaration of Independence states:

We hold these truths to be self-evident, that all men are created equal, that they are endowed by their Creator with certain unalienable Rights, that among these are Life, Liberty and the pursuit of Happiness.

Not only do our guaranteed rights come from God, but the founders saw the very purpose of government was to protect the rights of its citizens, saying:

That to secure these rights, Governments are instituted among Men.

Rights, human rights, come from God and the role of government is to preserve and protect those rights. The sphere of government was seen by the founders as a tool which God used, and as such the government was subject to God.
Over the past century, a battle has been waged in the U.S. between the Federal government and the church, or perhaps better understood as a battle of the government against the church.
What changed was the moral compass. The meme presents the effects that the government’s “help” had on one segment of our society, but this is not a black issue. It is a human issue. Gargantuan government is making beggars of us all. Government cannot “fix” things, because government comes at problems from a fallen human (materialistic) perspective. Free money just isn’t the answer to everything. In fact, it’s not the answer to much of anything, but it is government’s favorite tool. They can use it for bribery, they can punish states and businesses by withholding it, or they can use it to wallpaper their congressional bathrooms – but it never gets at the heart of the problem. God, the real God, is central to informing us who we are and how we should behave. Marriage was a union between a male and female who together produced, cared for, and raised children. There was a personal moral responsibility to these relationships. Two parent families with a male and female role model were the norm. Taking personal responsibility for the family and individual economic circumstance was the morally responsible way to live and was often rewarded…

Now we know that whatever the Law says, it speaks to those who are under the Law, so that every mouth may be closed and all the world may become accountable to God; 20 because by the works of the Law no flesh will be justified in His sight; for through the Law comes the knowledge of sin.
21 But now apart from the Law the righteousness of God has been manifested, being witnessed by the Law and the Prophets, 22 even the righteousness of God through faith in Jesus Christ for all those who believe; for there is no distinction; 23 for all have sinned and fall short of the glory of God, 24 being justified as a gift by His grace through the redemption which is in Christ Jesus; Romans 3:19-24

ARTICLES
Whose Moral Compass?
The Art of Manipulation
The Truth About Legislating Morality