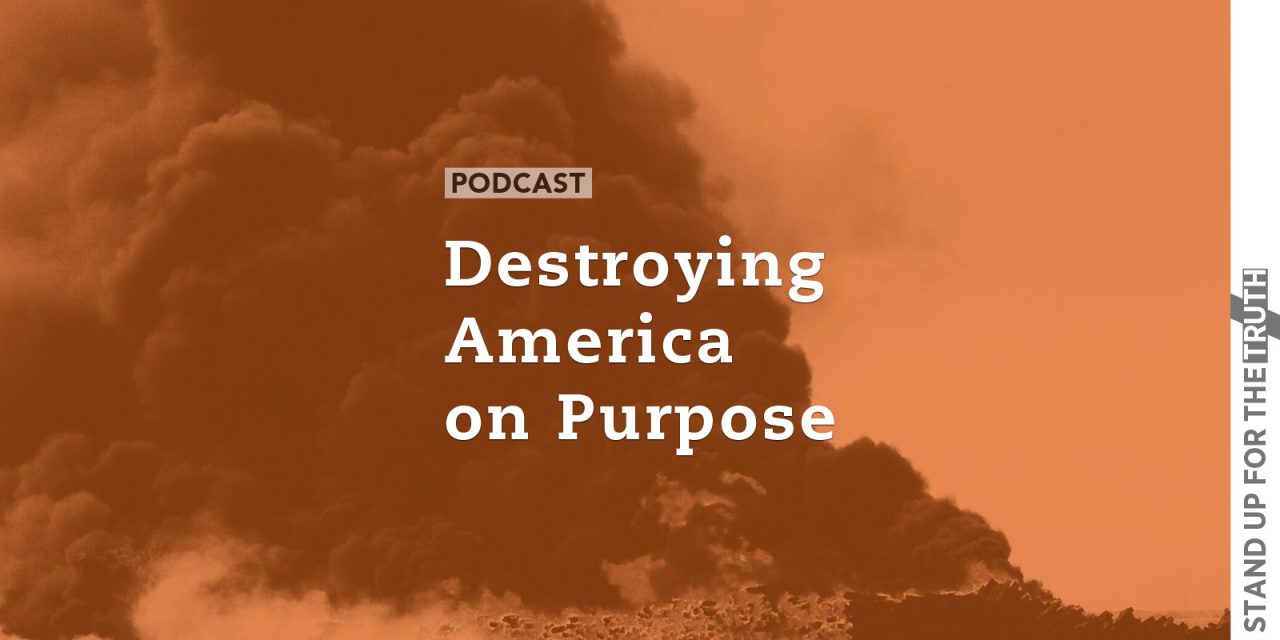 The plan has been in place since well before the 1960s:  Destroy America by undermining Christian Churches, indoctrinating children through public education, advancing Marxism through media and Hollywood, and getting Americans addicted to government handouts.  Just how close is America to a free fall and destruction of our way of life?  How close are Marxist Humanists to destroying the greatest nation in the history of the world?

On today’s program we analyze the spiritual, financial and moral condition of the United States of America, a nation founded upon biblical teachings and moral Law. We discuss just how far we have fallen from our beginnings and how we have allowed enemies of America to infiltrate our government and undermine the Christian foundation of our nation.

Let’s look at Saul Alinsky‘s infamous Rules for Radicals and the Cloward-Piven Strategy; both have been used to undermine our nation and set us up for a tremendous and perhaps a fatal national fall.  Just how close are we, can this trend be reversed, and what are Christians to do about all this?

Next, the Cloward–Piven strategy is a political strategy outlined in 1966 by political activists Richard Cloward and Frances Fox Piven that called for overloading the U.S. public welfare system in order to precipitate a crisis that would lead to a replacement of the system.

SOME OF THE EFFECTS:

$20 trillion in national debt. Not even counting Social Security and Pension obligations:  Most estimates are the nation is almost $100 trillion in debt:  A system waiting to collapse.

An American public that has become addicted to government handouts.  More than half the population is on direct assistance from the government.

A laziness and narcissism with Americans where they look to government to provide instead of providing for themselves.

Massive Student Loan debt that will never be repaid because of a corrupt educational system that lured young people with lies and false illusions.

The only way to get out of this fiscal mess is a complete overhaul of the debt situation in the nation:  BANKRUPTCY, which leads to a Marxist State.

*READ THE EXTENSIVE POST BY MIKE LE MAY AND DAVID FIORAZO, “RADICAL TAKE DOWN OF AMERICA: HAS THE LEFT WON?” BY CLICKING HERE:

Alinsky Dedicated His Book to Lucifer

It Could Never Happen In America

Beck: The Most Powerful Man in America

Laura Perry: From Transgender to Truth

What faith would we die for