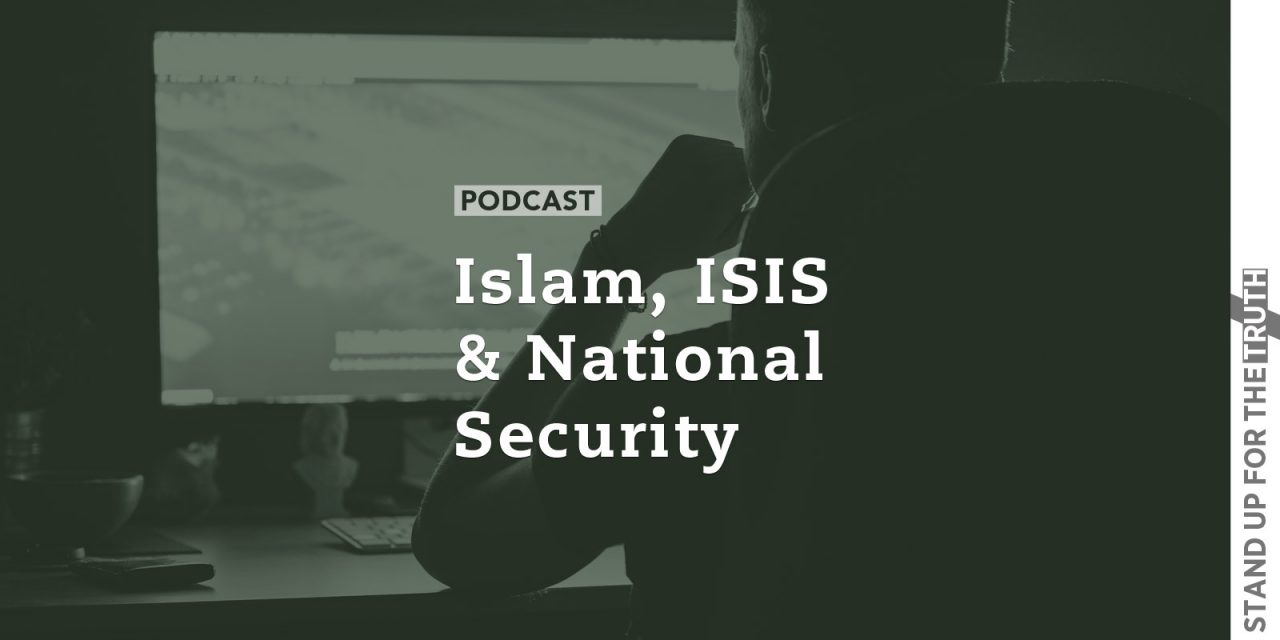 President Trump has vowed to destroy ISIS.  But will that really do anything significant in ending the scourge of Islamic terrorism?  Or will the next radical organization simply step up and fill the void?

The truth is we are not merely fighting a minority of radical terrorists…we are fighting against an ideology bent on world domination and elimination of any religious beliefs that do not submit to the false god Allah.

Ryan Mauro of The Clarion Project joins us to discuss ISIS and president Trump’s new “travel bans”.  He will also contrast the “Woman’s March” in our nation with the strong women fighting ISIS in Iraq and Syria.

What? President Obama did the same thing as Trump four years ago? But the media…

A few bullet points from the 10 facts about the travel ban:

As previously, it is not a “Muslim ban.”

They are limited to 6 of 50 Muslim-majority countries and impact non-Muslims as well. And, just as before, the restrictions are a pause rather than a ban…

The six countries were chosen based on the Obama Administration’s determination.

There is a 10-day advance notice.

There are very wide exceptions.
This executive order uses clearer language to allow for major exceptions even within the 120-day refugee pause and the 90-day pause on visitors from the six countries.Far from a wholesale treatment, it emphasizes that each applicant will be handled on a “case-by-case basis” in case they qualify for a waiver. There are waivers for when the applicant’s entry into the U.S. is in our “national interest” or rejection of the person would cause them “undue hardship.”

The type of vetting that is being proposed is in alignment with the Founding Fathers’ opinions on immigration.

Opponents of Trump and this policy have a choice to make: They can emphasize (or lie about) the parts they continue to disagree with, elongating a cycle of divisiveness, or they pair their criticism with positive reinforcement that acknowledges the improvements that have been made.

MADISON, Wisc. — Students who were recently interviewed at the University of Wisconsin (UW) in Madison appeared to be stumped when faced with the question as to whether or not Christian photographers have a right to decline to shoot events that conflict with their beliefs.

The religious liberties organization Alliance Defending Freedom (ADF) recently visited UW to ask students if they believe businesses should have the right to turn away an order if it conflicts with their beliefs.

A representative from ADF began by asking students if they believed designer Sophie Theallet had a right to decline to dress Melania Trump. ADF then presented a hypothetical situation where a professional singer who holds to Muslim beliefs is asked to perform at a church. Could he turn down the event because he does not want to be associated with Christianity?

“So, let’s say you’re a Christian photographer here in Madison and someone approaches you to do a same-sex ‘wedding.’ Would that be hateful or discriminatory to opt out of that?” he asked. The students suddenly weren’t so sure. Watch!

ARTICLES FROM SEGMENT ONE WITH RYAN MAURO:

Exclusive: Inside a Christian City Destroyed by ISIS

Why this pastor left the Church Growth model

"Love is all you need," but is it enough anymore?