Prophecy & the Flood of Noah 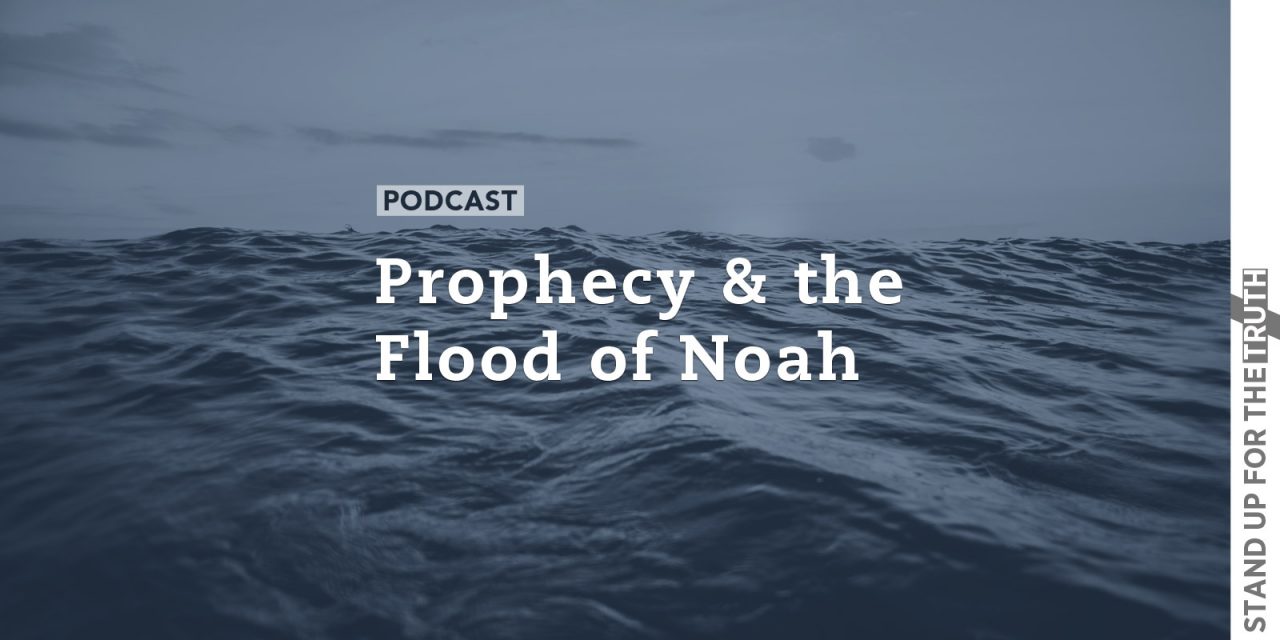 Today, we revisit one of the most basic and debated topics involving our understanding of God and this world: Creation. Is there an intelligent ‘Designer’ and if so, how long ago did He create the Heavens and the earth? Does the age of the earth matter? What about Noah and the Great Flood – true history or a clever fable taught to young children in Sunday school?

These are important questions, and the Bible has the answers – if we are honestly pursuing truth and are open to revisiting some of our assumptions about God and creation based on what we were taught and told by man. Jay Seegert (TheStartingPointProject) helps us sort all this out today thanks to his expertise on the subject and clear explanation.

The World is Messed-Up & Getting Worse

*Sadly we see this even infiltrating professing Christians and some churches

*We see the reverse happening in our government…

*Every four years we see Christians get overly immersed in the hope of a new President, taking our focus off God and His Word

*Rob Bell, Brian McLaren and even Christian singers and artists

*The first time Jesus came to earth was to be a living sacrifice for sin, offering redemption and salvation to men who repent and place their faith in Him.  The second time He comes will be to judge all men

This is now, beloved, the second letter I am writing to you in which I am stirring up your sincere mind by way of reminder, 2 that you should remember the words spoken beforehand by the holy prophets and the commandment of the Lord and Savior spoken by your apostles. Know this first of all, that in the last days mockers will come with their mocking, following after their own lusts, 4 and saying, “Where is the promise of His coming? For ever since the fathers fell asleep, all continues just as it was from the beginning of creation.” 5 For when they maintain this, it escapes their notice that by the word of God the heavens existed long ago and the earth was formed out of water and by water, 6 through which the world at that time was destroyed, being flooded with water. 7 But by His word the present heavens and earth are being reserved for fire, kept for the day of judgment and destruction of ungodly men. 2 peter 3:1-7

*Scoffers are coming from the world and within the professing church

*The growing movement of “Kingdom Now” theology—a belief that prophecy has been fulfilled and we are now to govern this world until the Lord returns.

Evidence for the Flood (related to the canyon & in general)

*Is the Great Flood spelled out in the Bible sort of “Ground Zero” in the battle between atheists, evolutionists and Christians?

*Is Jesus God and does He judge?

If anyone hears My sayings and does not keep them, I do not judge him; for I did not come to judge the world, but to save the world. 48 He who rejects Me and does not receive My sayings, has one who judges him; the word I spoke is what will judge him at the last day. 49 For I did not speak on My own initiative, but the Father Himself who sent Me has given Me a commandment as to what to say and what to speak. John 12:47-49

U.K. men fined for ‘abusive,’ criminal’ recitation of the Bible

Most Americans Believe in a Creator – but do we obey Him?

The Sneaky Agenda of Globalists

Is the Visible Church Surrendering on the Homosexual Issue?

Can we reclaim the Church?

The IRS may soon monitor your Sunday service