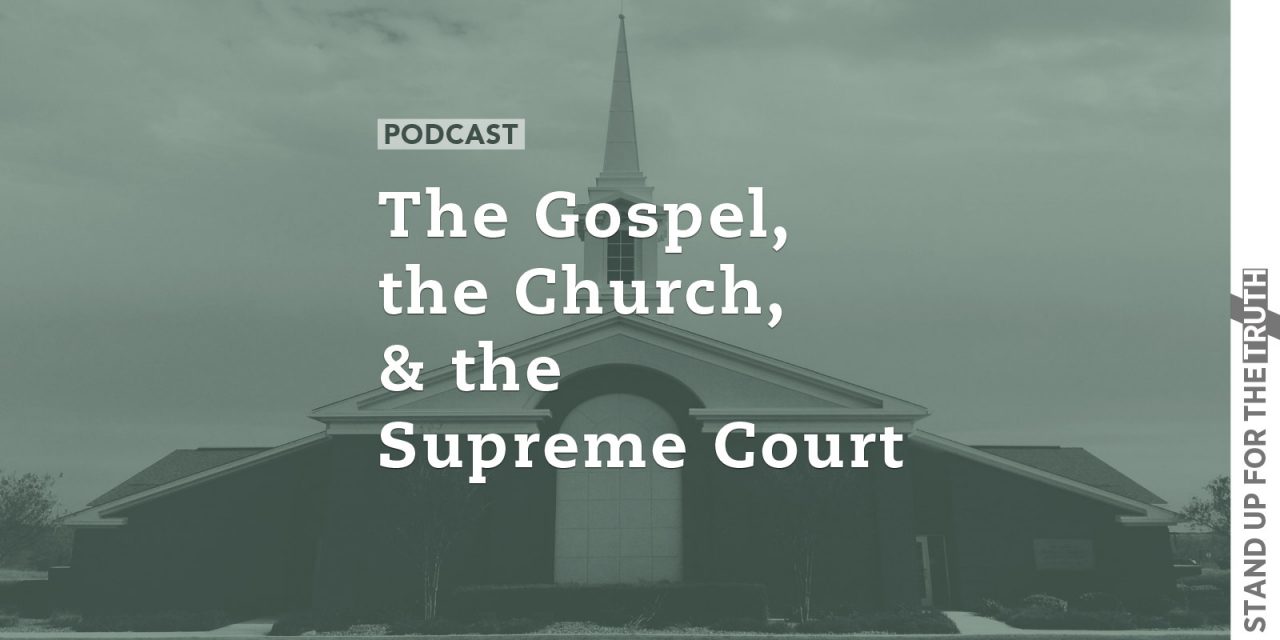 In the book of Ephesians, Paul tells us our battle is not against flesh and blood, but against the spiritual forces of evil in the heavenly places. He encourages us to put on the full armor of God for this battle for the eternal souls of men.

Every effective army is comprised of strong focused leaders and committed followers.  As we see the church in America being generally ineffective in sharing the gospel and making true disciples for Christ, we have to wonder if the problem is weak leadership; disinterested, uncommitted followers, or both. We cover an article by Peter Heck in our second segment titled, “Maybe the Problem isn’t the Church… Maybe it’s You.” In our first segment we talk with author Preston Condra of watchman.org about his new book By Which We are Saved: Sharing the Gospel with Confidence.  Why are we failing to share the gospel of salvation with our friends and families?

For our struggle is not against flesh and blood, but against the rulers, against the authorities, against the powers of this dark world and against the spiritual forces of evil in the heavenly realms.13 Therefore put on the full armor of God, so that when the day of evil comes, you may be able to stand your ground, and after you have done everything, to stand. Ephesians 6:12-13

And He gave some as apostles, and some as prophets, and some as evangelists, and some as pastors and teachers, 12 for the equipping of the saints for the work of service, to the building up of the body of Christ; 13 until we all attain to the unity of the faith, and of the knowledge of the Son of God, to a mature man, to the measure of the stature which belongs to the fullness of Christ. Ephesians 4:11-13

From the article on the Church:

Along those same lines, there is an increasing expectation in American society that every behavior, every life choice, every decision we make as individuals be “affirmed.”  That’s how many Americans have come to judge good people from bad people: if you are affirming, you’re good; if you’re corrective or judgmental, you’re bad.  But a good church is not going to represent Jesus as merely a life coach or self-help guru pushing you towards your best life now.  Church isn’t about ego boosting or a place to have your personal life philosophy respected.  It’s a place where Godliness is counseled and holiness is preached.

Christianity is supposed to form believers who are in but not of the world. Because of that second part, much of what you hear in church might seem weird, archaic, uncool, or out-of-touch with the society that you know. But that’s exactly the point. If you’re thoroughly immersed in American culture, don’t go to church looking for a “relevant” message…

From the article on Gorsuch:

2016 America’s Party presidential candidate Tom Hoefling wrote on social media on Thursday that those who claim the name of Christ should proclaim truth no matter the cost.

“The way I look at it, no job is worth having for which you have to hitch your wagon to genocide, and dehumanize tens of millions of innocent little boys and girls, and defy God and nature and the Constitution, and support a coup d’etat by pretending that we live in a judicial oligarchy instead of in a free constitutional republic,” he said.

Hoefling pointed to Christ’s words in Mark 8:36, “For what shall it profit a man if he shall gain the whole world and lose his own soul?”

Maybe the Problem isn’t the Church…Maybe it’s You

U.S. Supreme Court Nominee Neil Gorsuch: ‘A Fetus Is Not a Person’ Under the Law’

The difference between fixing and repairing

On the Brink of Cataclysmic Change?

The Importance of Sound Biblical Doctrine