A Knock on Your Door…

by Stand Up For The Truth | May 24, 2017 | Apologetics, Beliefs, Christianity, Mormonism, Podcast, Salvation, Theology 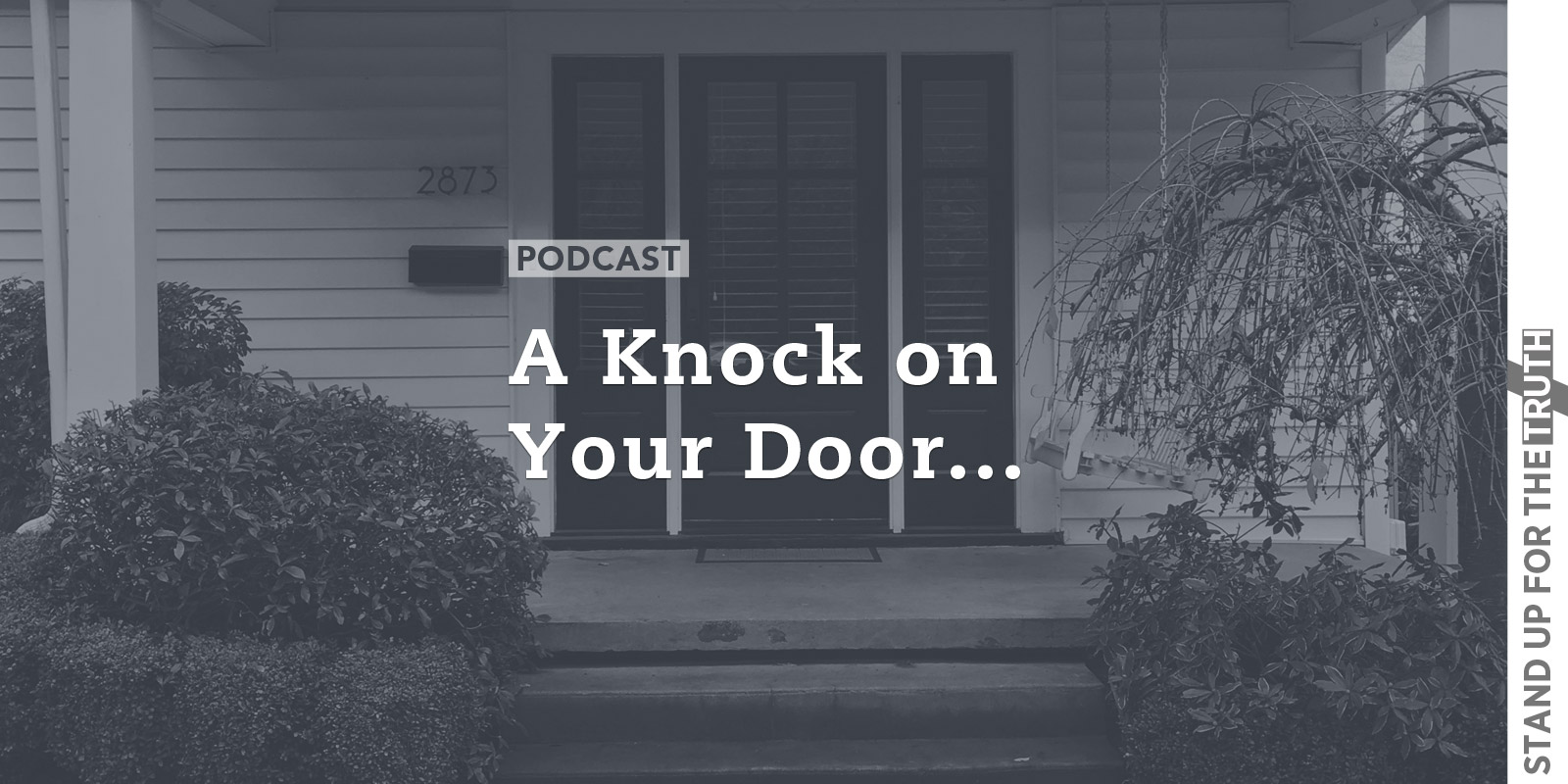 Many of us have received some friendly faces knocking on our door at some point and often on a Saturday morning.  You open the door and a couple nice young men greet you and ask if they can talk to you about Jesus and where you might be spending eternity.  You are being witnessed to by dedicated members of The Mormon Church.

There are more than 1.5 million Mormons in America.  Most of them are conservative citizens that are passionate about their beliefs and desiring to convert you to their religion.  But is Mormonism, which also claims salvation through their version of Jesus, consistent with Biblical Christianity in their beliefs and values?  Today we take a closer look at Mormon history and beliefs with James Walker of Watchman Fellowship, a former Mormon himself.

Everything you need to know about Mormonism

“You are My witnesses,” says the Lord,
“And My servant whom I have chosen,
That you may know and believe Me,
And understand that I am He.
Before Me there was no God formed,
Nor shall there be after Me.
I, even I, am the Lord,
And besides Me there is no savior. Isaiah 43:10-11

Now the serpent was more cunning than any beast of the field which the Lord God had made. And he said to the woman, “Has God indeed said, ‘You shall not eat of every tree of the garden’?” And the woman said to the serpent, “We may eat the fruit of the trees of the garden; 3 but of the fruit of the tree which is in the midst of the garden, God has said, ‘You shall not eat it, nor shall you touch it, lest you die.’”  Then the serpent said to the woman, “You will not surely die. For God knows that in the day you eat of it your eyes will be opened, and you will be like God, knowing good and evil.” Genesis 3:1-5

When Jesus came into the region of Caesarea Philippi, He asked His disciples, saying, “Who do men say that I, the Son of Man, am?” 14 So they said, “Some say John the Baptist, some Elijah, and others Jeremiah or one of the prophets.” 15 He said to them, “But who do you say that I am?” 16 Simon Peter answered and said, “You are the Christ, the Son of the living God.” 17 Jesus answered and said to him, “Blessed are you, Simon Bar-Jonah, for flesh and blood has not revealed this to you, but My Father who is in heaven. 18 And I also say to you that you are Peter, and on this rock I will build My church, and the gates of Hades shall not prevail against it. 19 And I will give you the keys of the kingdom of heaven, and whatever you bind on earth will be bound in heaven, and whatever you loose on earth will be loosed in heaven.” Matthew 16:13-19

For we are God’s fellow workers; you are God’s field, you are God’s building. According to the grace of God which was given to me, as a wise master builder I have laid the foundation, and another builds on it. But let each one take heed how he builds on it. For no other foundation can anyone lay than that which is laid, which is Jesus Christ. 1 Corinthians 3:9-11

School Administration Warning to Teachers: Don’t Pray for your Co-Workers

Christian staffer files lawsuit after school threatens to fire her for saying, “I will pray for you”