Discrimination… to Persecution… to Martyrdom 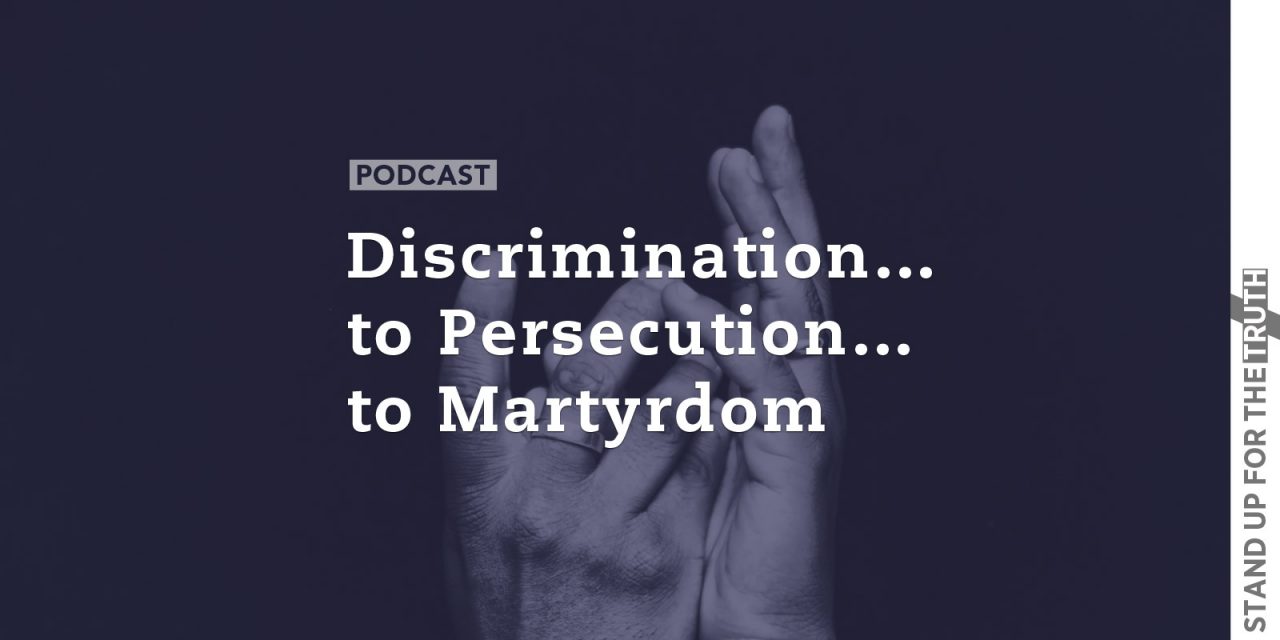 First, a reality check.  As Christians living in America, with the exception of a little discrimination, we are quite comfortable and surely not undergoing persecution (at least as many in the world are experiencing).  What we see is increasing ridicule and hostility toward the gospel and true believers.  But this mockery and discrimination has an historic pattern of leading to persecution and even martyrdom.  We saw it in the early formation of The Soviet Empire and Communist China, where hundreds of thousands of Christians were murdered in the name of Communism. Biblical Christianity stands in direct contradiction to socialism, (the modern definition of) liberalism, Communism and totalitarian rule.

William Murray of the Religious Freedom Coalition joins us today as we look at several news stories of persecution of Christians around the world. We also look at stories here in the U.S. where ridicule and growing discrimination of Christians might well be leading our beloved nation to one day join the list of nations where Christians risk their lives for proclaiming the gospel of Jesus Christ.

Mentioned by William Murray during the interview: Diapers for Refugees

A Voice for the Suffering Church – Thankful to CBN for airing this program and praise God for those who are working to raise awareness about Christian persecution.

China Projected to Have World’s Largest Christian Population by 2030

The IRS may soon monitor your Sunday service

What Would Jesus Say to Christians in America Today?