Ducking the Issue of Sin: the Easy Way Out 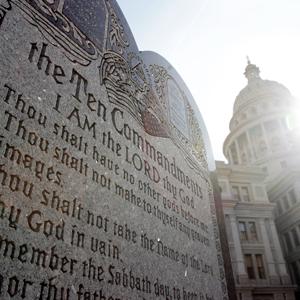 And just as they did not see fit to acknowledge God any longer, God gave them over to a depraved mind, to do those things which are not proper, being filled with all unrighteousness, wickedness, greed, evil; full of envy, murder, strife, deceit, malice; they are gossips, slanderers, haters of God, insolent, arrogant, boastful, inventors of evil, disobedient to parents, without understanding, untrustworthy, unloving, unmerciful; and although they know the ordinance of God, that those who practice such things are worthy of death, they not only do the same, but also give hearty approval to those who practice them. Romans 1:28-32

We are losing ground by being silent. It’s gotten to the point when someone mentions sin in public, there is typically sharp disagreement, intense debate, or accusations of hate and intolerance. Why? We just don’t hear much about sin anymore. A central part of the gospel message by which we are saved, many church leaders today talk less and less about sin and its consequences. Sadly, Christians have been following their example. Contrast today with believers in early American history when there was great concern about holiness and having a reverent fear of the Lord.

Moreover, the average Christian is not as equipped to defend the faith due to limited knowledge and understanding of Scripture as well as their desire to be accepted and to appear loving, tolerant, and non-judgmental. Jesus, Paul, and early church leaders were quite the opposite. We need to read and study our Bibles and be able to clearly explain the gospel. Parents, it is your responsibility to discipline and train your children in the ways of the Lord.

We also need to hear the whole truth preached in church on Sunday. If we want to build up the body of Christ, we can’t be worried about pleasing the world or offending liberal Christians. When pastors want to attract unbelievers to church and they use entertaining methods, the teaching of God’s Word including the hard truths of Scripture often take a back seat. Jesus used parables at times, but He did not tell jokes, funny stories, or entertaining analogies to make a point. He was all about repentance. We hear quite a lot about grace and love, as important as they are, but without balanced teachings on sin, and “denying ungodliness and worldly lusts,” and on living “soberly, righteously, and godly in this present age (Titus 2:11-13),” many believers end up on the wrong side of the debate.

We must take another necessary step in order to ensure we are not being hypocritical: we must resist approving of certain sins regardless of their popularity. This is where some professing believers get themselves into a no-win situation. If for example, you support Planned Parenthood or criticize a young Christian woman who chose to give birth to a Down syndrome baby, you may want to pay close attention. The same holds true for Christians on today’s ‘gay is okay’ bandwagon who demand silent compliance from the rest of us. Others defend sin-glorifying prime time television programming and R-rated movies and say those who disapprove are too legalistic or rigid, that it’s just entertainment.

He who justifies the wicked and he who condemns the righteous,
Both of them alike are an abomination to the Lord. Proverbs 17:15

Either we live by the entire Book or reject the whole truth therein. Unbelievers notice the moral and spiritual confusion when some Christians say certain things are sins, but other Christians turn around and defend those sins. When confronted about this by a godly, mature believer, some Christians may become defensive, perhaps not fully understanding why. They have an inner contradiction, knowing for example, homosexuality is wrong according to the Bible, but wanting to defend gay marriage or gay friends publicly.

Homosexuality is not the only sin that has gained acceptance. Adultery, abortion, coveting, divorce, idolatry, pride, and pornography – to name a few – also need to be part of the discussion. However, due to media marketing and an open disregard for God, homosexuals and their enablers seem to be the ones that are driving public opinion in America. Look at our schools, media, Hollywood, government, the workplace, our courts, and yes, look at our churches.

The subject of marriage is perhaps one of the most divisive in modern times due to the assault on the family and biblical truth. The union of one man and one woman is by God’s design, it is not man’s idea.

…In one corner of the battle are those that believe in the Bible as well as America’s founding principles of Christianity; in the other corner are those who not only oppose us, but claim they are offended (threatened) by the presence of practicing Christians. The latter minority has the loudest voices and the support of Hollywood, the mainstream media, academia, and government. Because of this ungodly alliance, we sometimes think conservatives and people of faith are overwhelmingly outnumbered.

Nothing could be further from the truth. Less than 4 % of the U.S. population is LGBT (Lesbian Gay Bisexual Transgender), and in a recent census of American citizens, less than 1% of the population consisted of verifiable same-sex couples.

There are no organizations proudly and publicly fighting for special rights, preferential treatment, and working to change laws on behalf of adulterers, pornographers, liars, gamblers, murderers, thieves… you get the idea. No conflict is more pivotal to the heart and soul of America than the sin battle.

Bryan Fischer, director of issues analysis for the American Family Association believes, “if the forces of sexual deviancy prevail, every part of our culture will be corrupted and contaminated beyond repair,” and suggests America would fall into a moral abyss of darkness. Fischer stated:

“Religious principle, tolerance and rights of conscience mean nothing to pro-sodomy advocates. They will remorselessly crush anyone and anything that gets in their path… In their quest for cultural domination, they will relentlessly extinguish the light of sexual normalcy and morality, as well as the light of Christianity.”

…Christians are not immune from sin leading to addictions so we need to do a better job of preparing, training, and warning God’s people about sin and its consequences. It may start with a little harmless pornography which leads to fornication or adultery which could lead to pregnancy and then, abortion. A sexually transmitted disease could result. If the sinners are married adults, divorce could be another result. We reap what we sow. Sin destroys everything in its path if it is not addressed and dealt with accordingly.

We cannot blame the liberal media, or the corrupt politicians, or the apathetic public for that which has overtaken America. Our political leaders deal in trivialities and superficial nonsense, practicing the feel-good politics of deliberate ambiguity, while the destruction of our families, the perversion of our most basic moral principles, and the murder of innocent, unborn children goes on, and on, and on.

Excerpt from The Cost of Our Silence, Chapter 4 (full chapter), “Ducking the Issue of Sin”

A Man After God’s Own Heart

Coming Soon: ‘No Shot, No Service’

A Surprise From Hollywood?

A Confused Generation Wandering From God