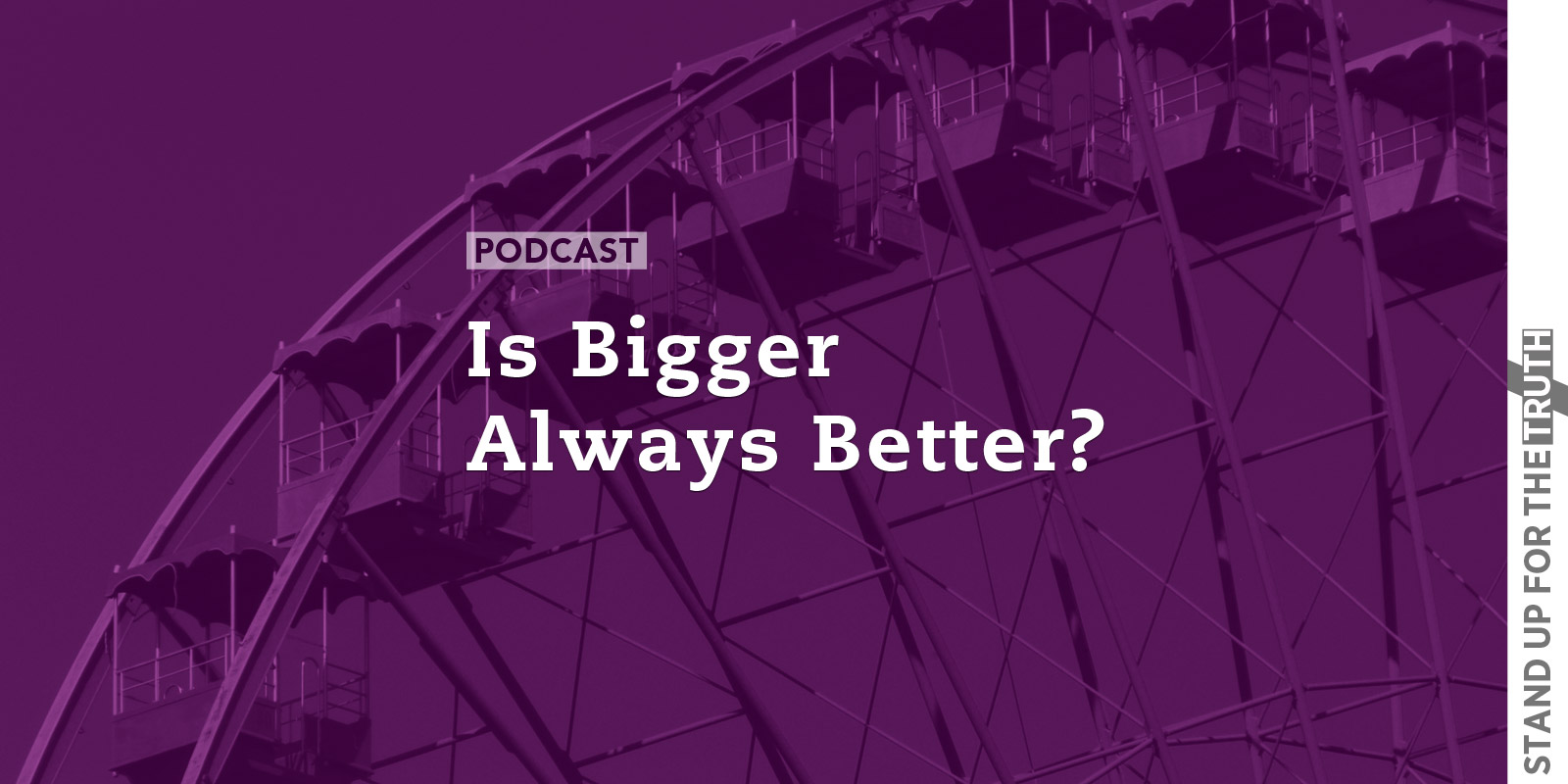 Dr. Gary Gilley has been pastoring at Southern View Chapel since 1975. He is author of six books, and has also contributed to four other books, including Out of Formation. Pastor Gilley received his BA from Moody Bible Institute and his MBS and ThD from Cambridge Graduate School. He is a frequent speaker at Bible conferences and writes the monthly study paper, Think on These Things and is the Book Review Editor for the Journal of Dispensational Theology. He is also a board member of Brazil Gospel Fellowship Mission, Personal Freedom Outreach and New Tribes Missions. Pastor Gilley and his wife Marsha have two adult sons and six grandchildren. Save

We have been blessed in so many ways in America.  But our sinful, selfish nature always drives us to want more and more things of this world.  Want more money?  Just have enough faith and boldness to declare it from God.  Want a bigger church?  Use clever man-made marketing schemes, entertainment methods, and minimize sin and the gospel’s demand of holy living; then watch the church grow in numbers.

Is our obsession with “bigger is better” undermining the gospel message and leading people away from God?  Pastor Gary Gilley joins us to discuss prosperity preaching and the church growth movement. Are we giving people what they want or what they need? Both? What did the disciples do?

Instruct those who are rich in this present world not to be conceited or to fix their hope on the uncertainty of riches, but on God, who richly supplies us with all things to enjoy. 18 Instruct them to do good, to be rich in good works, to be generous and ready to share, 19 storing up for themselves the treasure of a good foundation for the future, so that they may take hold of that which is life indeed. 1 Timothy 6:17-19

For the time will come when they will not endure sound doctrine; but wanting to have their ears tickled, they will accumulate for themselves teachers in accordance to their own desires, 4 and will turn away their ears from the truth and will turn aside to myths. 5 But you, be sober in all things, endure hardship, do the work of an evangelist, fulfill your ministry. 2 Tim. 4:3-5

And when they had summoned them, they commanded them not to speak or teach at all in the name of Jesus. 19 But Peter and John answered and said to them, “Whether it is right in the sight of God to give heed to you rather than to God, you be the judge; 20 for we cannot stop speaking about what we have seen and heard.” Acts 4:18-20

“What can we personally, and corporately as the church, do to address the issue of biblical illiteracy?”
We first need to establish the importance of biblical literacy. To many believers today it seems to be optional: one of those things that is nice if you have it, but hardly necessary for vibrant Christian living. But that is not the position expressed in the Bible itself.
The centrality and importance of scriptural knowledge and understanding, as well as the directive to teach it clearly and consistently, permeate the Pastoral Epistles. One of the most important things we can do when determining where the Lord wants us to place our emphasis is to study carefully where He places His. Many extremes could be avoided if we would lay aside our own ideas and the popular fads of the moment and simply look at what God did and taught”

Research Reveals Only 17 Percent of American Christians Have Christian Worldview

But just how much have other worldviews crept into Christians’ perspectives? Barna’s research shows that only 17 percent of Christians who consider their faith important and attend church regularly actually have a biblical worldview1. So, if Christians are open to nonbiblical perspectives, what are they believing?

In partnership with Summit Ministries, Barna conducted a study among practicing Christians in America to gauge how much the tenets of other key worldviews—including new spirituality, secularism, postmodernism and Marxism—have influenced Christians’ beliefs about the way the world is and how it ought to be. Barna’s new research found strong agreement with ideas unique to nonbiblical worldviews among practicing Christians. This widespread influence upon Christian thinking is evident not only among competing worldviews, but even among competing religions; for example, nearly four in 10 (38%) practicing Christians are sympathetic to some Muslim teachings (an aspect of the study Barna will explore elsewhere).

Here are a few notable findings among practicing Christians:

According to a new Gallup survey, the quality of the worship band isn’t the main reason people go to church. Neither is it thriving kids’ programs. Or even a dynamic personality behind the pulpit. No, respondents said that “Sermons that teach about Scripture” are the reason they show up on Sunday mornings.

Now it shouldn’t really surprise us that people are hungry for truth in this post-truth, post-fact culture, especially when it’s harder than ever to discern fact from fiction, reality from conspiracy theory.