A Warning Shot to Christians in Government 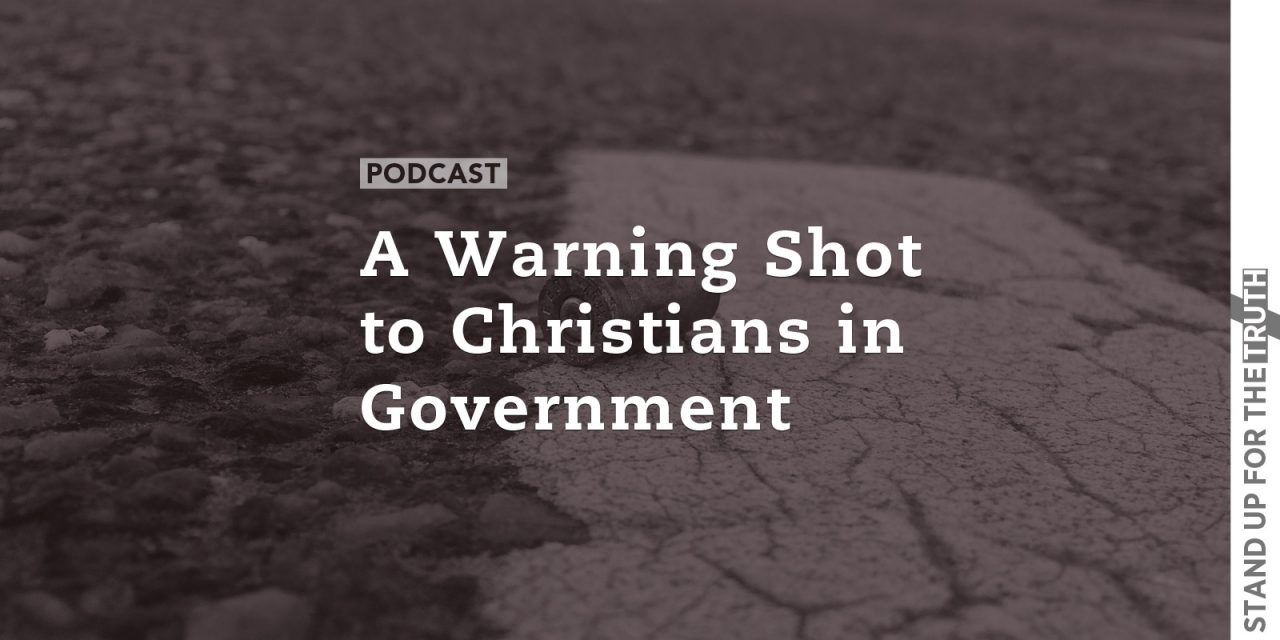 Last week, Senator Bernie Sanders, who could have been elected President, said some very disturbing things when questioning the President’s nominee for Deputy Director of Management and Budget.  Sanders did not question Russel Vought’s financial or management qualifications when grilling him; he questioned if he should be allowed to work in the government because of Vought’s Christian beliefs.  Apparently, it all stemmed from a personal statement Vought made on his personal facebook page: “Muslims do not simply have a deficient theology.  They do not know God because they have rejected Jesus Christ, His Son, and they stand condemned.”

According to God’s Word, Vought is correct and that seemed to drive Sanders crazy.  But the hypocrisy in Sanders stating that Vought’s comments should eliminate him for employment consideration is this:  By Sanders’ own self-righteous stance Muslims would not be able to work for government either since they believe Christians and Jews are condemned for not believing in Allah!  Welcome to the all out attack on Christian beliefs in America by the left.  Would Sander’s have been as harsh if Vought were a Muslim?  Two chances: Slim and none.

Also today in our Rightly Handling the Word segment we discuss “Seed Faith Offering” statements that television preachers often use to get people to give to their organizations.  Just what does God actually promise when we give generously, compared to what is promised by these televangelists?

Be diligent to present yourself approved to God as a workman who does not need to be ashamed, accurately handling the word of truth. 2 Timothy 2:15

Promoters of the false “prosperity gospel” and Word of Faith movement often like to talk about “seeding,” “seed faith offerings,” and “hundred-fold returns.” A seed faith offering is money given in faith that God will multiply it and return it to the giver. The more money you give—and the more faith you have—the more money you get in return. Prosperity preachers often solicit gifts to their ministries by promising such in-kind returns: “Send me $10 and trust God to give you back $1,000.” They give their appeals for money a spiritual gloss with statements such as “God wants to bless you with a miracle” and “Jesus is bigger than your debt.” And they will misuse verses such as Mark 4:8, “Still other seed fell on good soil. It came up, grew and produced a crop, some multiplying thirty, some sixty, some a hundred times.” It’s good to remember the “seed” in this verse is the Word of God (Mark 4:14), not money. MORE…

What is a seed faith offering?

And Jesus said to them, “Do you not understand this parable? How will you understand all the parables? The sower sows the word. Mark 4:13-14

Clearing Up Confusion About Voting and Citizenship

A fast-growing movement with disastrous implications

The Heat is On