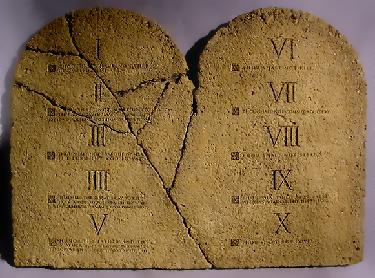 Socialism is a deception. If you look at every major area of importance in America where Christianity was once prominent and had influence, history shows truth has been replaced by lies. We will be able to raise more awareness and fight more effectively once we realize the fact that the United States of America is under siege from within by anti-Christian promoters of immorality.

Until we acknowledge the enemy, we will just keep on buying what they’ve been selling. So let’s start with some questions: Did you know that even though the cold war ended, Communism did not die or even fade away when, thanks in part to Ronald Reagan, the Berlin Wall came down in 1989? Did you know America was infiltrated by socialists, progressives, and communists?

Socialism is a natural and necessary step in order to achieve Communism?

A plot to take down the United States? No way. ‘It could never happen in America’ – right?

Enemies of God have done quite a good job convincing us through the years that there was never an agenda against this country. ‘Conspiracy theory,’ they say, insisting the cultural, economic, and moral deterioration we see of America has been natural and inevitable. But our culture has been compromised, and that they have purposefully achieved their objectives in part through America’s major institutions. In the last 25 years, radicals and yes, communists, have been emboldened by allies in our government.

Some historians suggest socialists began slipping into the White House just prior to Reagan’s presidency during the Jimmy Carter administration. Communism went down in Germany, but it wasn’t out for the count. In fact, former insiders agree it was the Obama administration that dramatically sped up the ‘fundamental’ transformation of America from a free Republic under God into a socialist style global nation.

Two of today’s most dangerous internal threats to America, threats that were once unthinkable, are Communists and radical Muslims. Consider the fact it’s been years since the government and media have been critical of socialism and Islam. Prior to being elected president, half of the country didn’t seem to care that for most of Barack Obama’s life, almost every friend, associate, and mentor of his had a Marxist or Muslim background. Were there communists in his past as well?

In December 2016, CNN announced controversial activist, Van Jones, would host a new show, “The Messy Truth.” Now a political mouthpiece for the left, CNN doesn’t care that Jones was asked to resign from the Obama administration in 2009 after Glenn Beck reported on his communist ties.

Describing how he evolved from a “rowdy nationalist” to an admitted communist, “trying to be a revolutionary,” according to Van Jones, “I met all these young, [really] radical people of color… communists and anarchists,” he explained.

Jones has regularly smeared conservatives, law enforcement, whites, and public servants. And now it’s now part of his job as a “political commentator,” you know.

For those of you who don’t watch the failing network and haven’t kept up with all the radicals and extremists from the former Obama administration, Van Jones was the special advisor for Green jobs at the White House Council on Environmental Quality. (aka “Green Czar”) Jones was recruited back in 2009 by none other than Valerie Jarett, Obama’s senior advisor, who had very controversial ties herself. She admired the fact Jones signed a petition in 2004 calling for congressional hearings and an investigation by the New York attorney general into “evidence that suggests high-level government officials may have deliberately allowed the September 11th attacks to occur.”

Author, blogger, and commentator, Michelle Malkin has been exposing left-wing radicals for over a decade, and declares both CNN and the Obama administration knew all about his record before they hired him. Jones obviously didn’t ‘accidentally’ slip through the cracks of vetters. If they were at all concerned about his past, why would CNN promote him with his own show?

It sure wasn’t his expertise in political science, history, electoral trends or even journalism that got Jones the job. It was his activism and his social justice resume. Malkin writes:

He rose to public prominence as a race-baiting agitator at the Ella Baker Center for Human Rights in Oakland, funded by the George Soros-supported Lawyers Committee for Civil Rights Under Law, the liberal Ford Foundation and the Rockefeller Foundation. He became a public fixture in the Bay Area after crusading to free convicted cop-killer Mumia Abu-Jamal for a Marxist organization and lambasting moderate civil rights leaders for objecting to politicizing the classrooms.

…The progressives had nothing to say, of course, about Van Jones’s own ad hominem attacks when he obscenely and publicly assailed Republicans as “a—holes” — and when he financed, produced and participated in cop-killer Mumia Abu-Jamal’s rap album, which railed against “imperialist” America and white “mother———s” as the “true terrorists.”[i]

This is not and never has been a game to these people.

Seeing the insane reactions to Donald Trump and a Republican presidency, things are heating up fast. Less than seventy-five years ago, six-time candidate for the Socialist Party of America, Norman Thomas, stated:

“The American people will never knowingly adopt socialism, but under the name of liberalism they will adopt every fragment of the socialist program until one day America will be a socialist nation without ever knowing how it happened.”

We have been seduced by socialist ideology resulting in a more secular society where man is god, government manipulates outcomes, and the State is provider. Christians are not immune from the influence of this entitlement worldview that leads to the deaths of economic stability, biblical morality, and accountability in government.

In the appendix of Milton Friedman’s 1980 book, Free to Choose, he stated that most of the 1928 Socialist Party platform of Norman Thomas was already part of the federal establishment in America in the eighties when President Reagan began his tenure. Some Democrats give lip service and distance themselves from the word “socialism,” but continue marching the country in its direction.

Americans under 30 however, are embracing socialism as recent polls have shown. Similarly, these same people generally reject capitalism and the free market system. According to one survey, only 16 percent of millennials could define socialism as government ownership of businesses (the means of production and distribution of goods). But since socialism is often depicted as a fair and compassionate system, many young people view it favorably, including 43 percent of Americans under thirty according to a 2016 poll.

…Do you care about free speech and the ability to preach the Gospel of Jesus Christ? Then you must also care about politics. If we are not part of the voting process and we avoid politics thinking we need to just focus on preaching the Gospel or helping the poor, we are indirectly allowing the left to elect liberals and progressives to pass laws restricting biblical morality. As a result of certain laws, the government then prevents us from sharing the good news. With government involvement, Christians might be allowed to provide some food for the poor, but their most pressing spiritual need will go unmet due to “church and state” restrictions on free speech.

Many of us have taken life in America for granted. We’ve enjoyed exceptional blessings, but we’ve lived our lives enjoying liberty in this country without continuing to fight to maintain our freedoms. On the other hand, the left has been working this whole time and we are now experiencing a period in this nation our founders – or our great grandparents – would have never imagined: a time when God has been rejected, truth has been redefined, and our religious freedoms are at stake.

The Most Important Nation in History