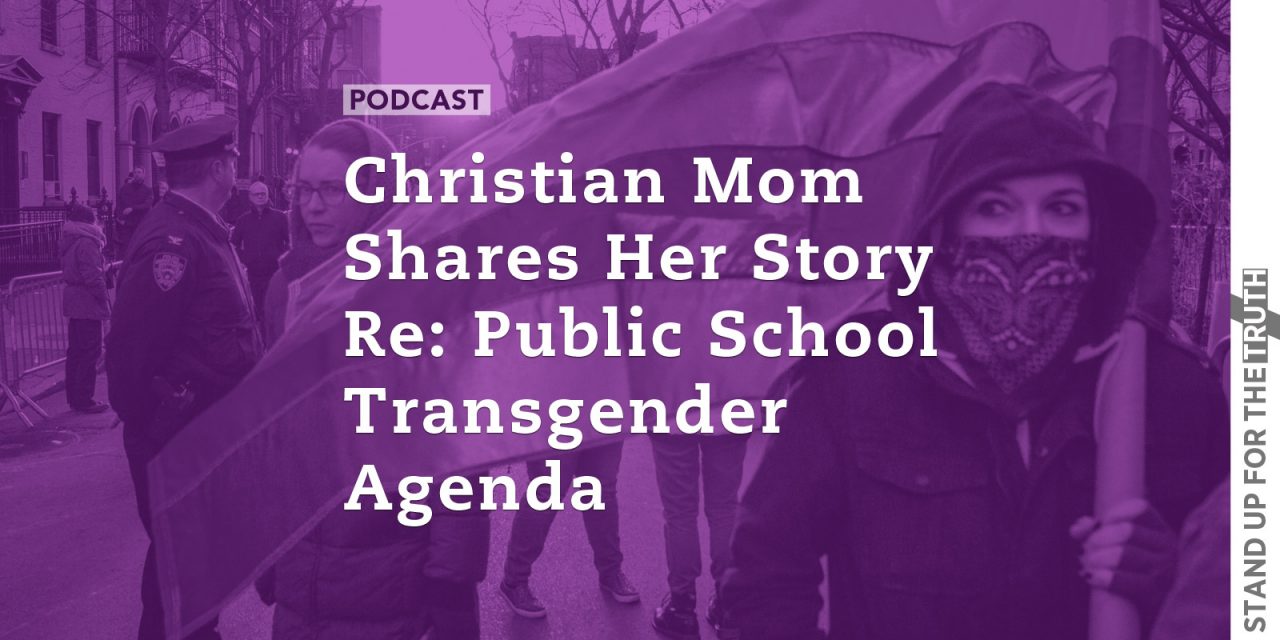 If you think the transgender movement could never happen locally, think again. A concerned Christian parent joins us in studio today and shares some of her heartbreaking story. She has been aware of the transgender agenda in her son’s public school since he first opened up to her two years ago about what is really happening in our local schools. This mother is reaching out in the hopes other Christian parents will get involved and help raise awareness.

We’ll call her Jenny. She contacted us a few weeks back to share some of the details of what her son has had to deal with, and she courageously agreed to come in and share her alarming story with Stand Up for the Truth listeners. We hear from Jenny about how the school administration and superintendent responded to her concerns. We’ll also be discussing school privacy policies leaving parents with limited rights, and teenagers on school field trips & camping outings that include co-ed sleeping arrangements due to students who identify as transgender. All this in addition to students using whatever bathroom they wanted to use in the school itself.

Also, just what is “normal”?  Well, that depends on who is in charge, doesn’t it?  And these days it is becoming more and more apparent that the ones in charge have one thing in common: A hatred for God and His Word.  If you do not get in line with their definition of “normal” you will be labeled a “hate group”, subject to ridicule and even violence. One Christian organization is fighting back, suing the Southern Poverty Law Center over their designation of so-called “hate groups.”

Standing on the rock

Pastor Kevin Minske: The Battle at the Door of the American Church