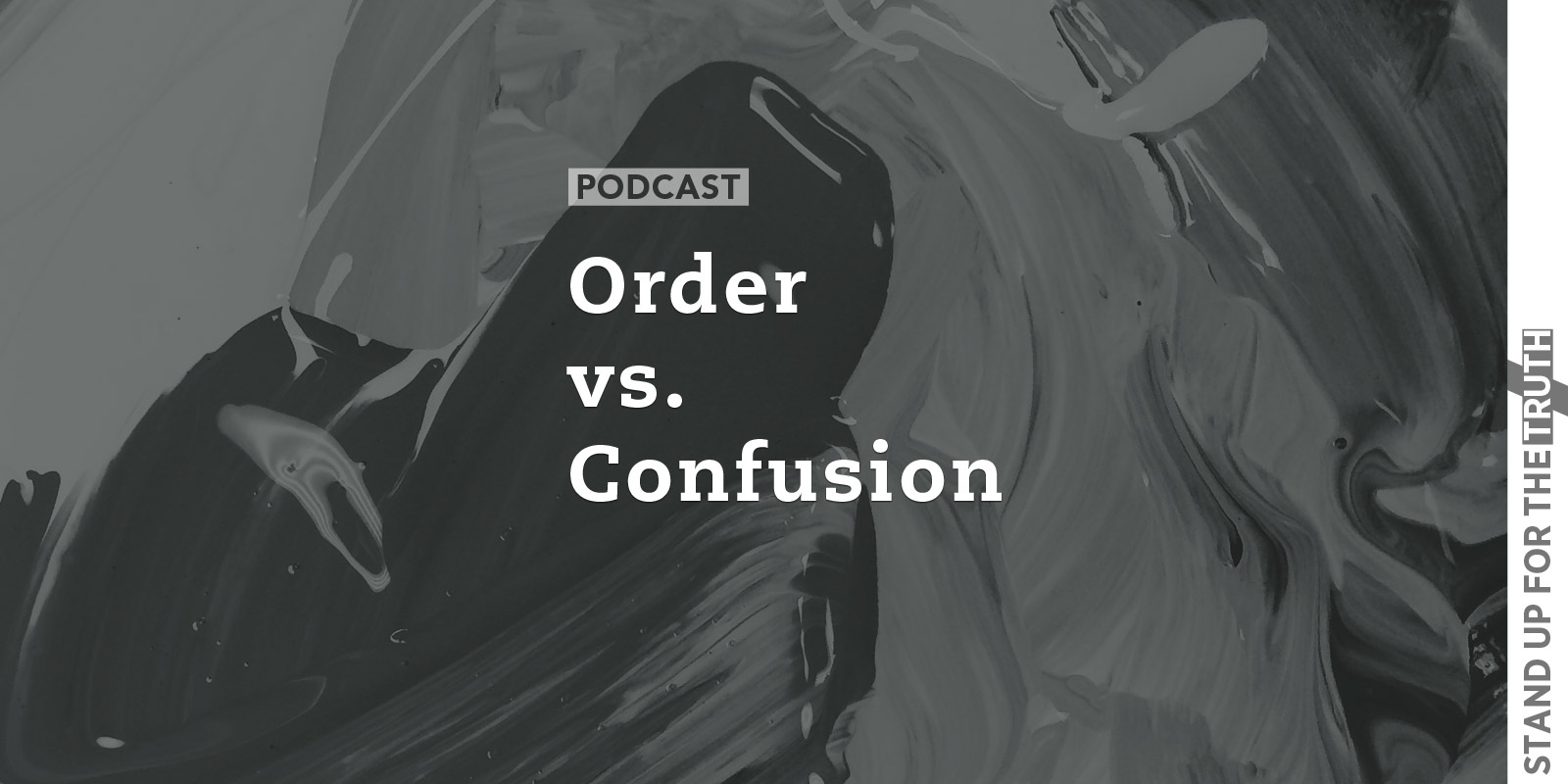 Frank is President of CrossExamined.org, a TV and radio host, and author of several books including the best-seller, I Don’t Have Enough Faith to Be an Atheist.

God is a God of order.  While we will never completely understand His ways because of our limited human understanding, we find comfort in knowing he is unchangeable and perfectly consistent in His nature.

Our world is increasingly in a flux of confusion. Many atheists hate the God they claim does not exist, young people change their gender identity, and hate filled groups like the KKK marching to enforce “white supremacy.” But this is what happens when mankind looks at himself as righteous instead of obeying God’s laws.  Dr. Frank Turek of Cross Examined Ministries joins us this morning to discuss the growing confusion in our nation and even within the professing Christian church in America.

Jesus and the Case for War | CrossExamined.org

“Sam Rohrer explains that the first step that needs to be taken is to agree with God.

But if the cart goes before the horse, so to speak, the desired goal will never be achieved, he says. “It’s God’s way. It’s simply been that way from the beginning,” Rohrer notes. “God says, You follow my way, I will bless you – and unity will also be a byproduct.”

…Christian apologist and educator Dr. Alex McFarland contends that the answer to the chaos on display in Virginia is to return to God and the founding principles of America which mitigate against racism.

“All racism is wrong, is evil, [and] is unacceptable because there’s one race – the human race,” he states.

McFarland explains why the tragedy in Charlottesville shouldn’t be seen as an opportunity for political leverage to change the fundamental DNA of America by altering the freedoms in the Constitution.

“What we don’t need is a police state, but what we do need is to police ourselves,” he offers.

McFarland says that’s why it’s important for preachers to proclaim moral truth and the obligation to live righteous lives. He laments that so many of these ethical boundaries – long recognized by people of all cultures – have been lost, marginalized, and denigrated in recent years.

ESPN apologized in a statement to USA Today on Tuesday night for a fantasy football auction segment that offended viewers by drawing parallels to a slave auction.

Social media erupted with outrage over images of a white man holding up a picture of black players while a crowd of white people eagerly submitted bids to “own” the player.

Prominent professional athletes such as New York Giants wide receiver Odell Beckham Jr., one of the players auctioned, and Golden State Warriors forward Kevin Durant expressed their displeasure over the segment on Twitter.