Christians Weigh in on the National Anthem/NFL Controversy 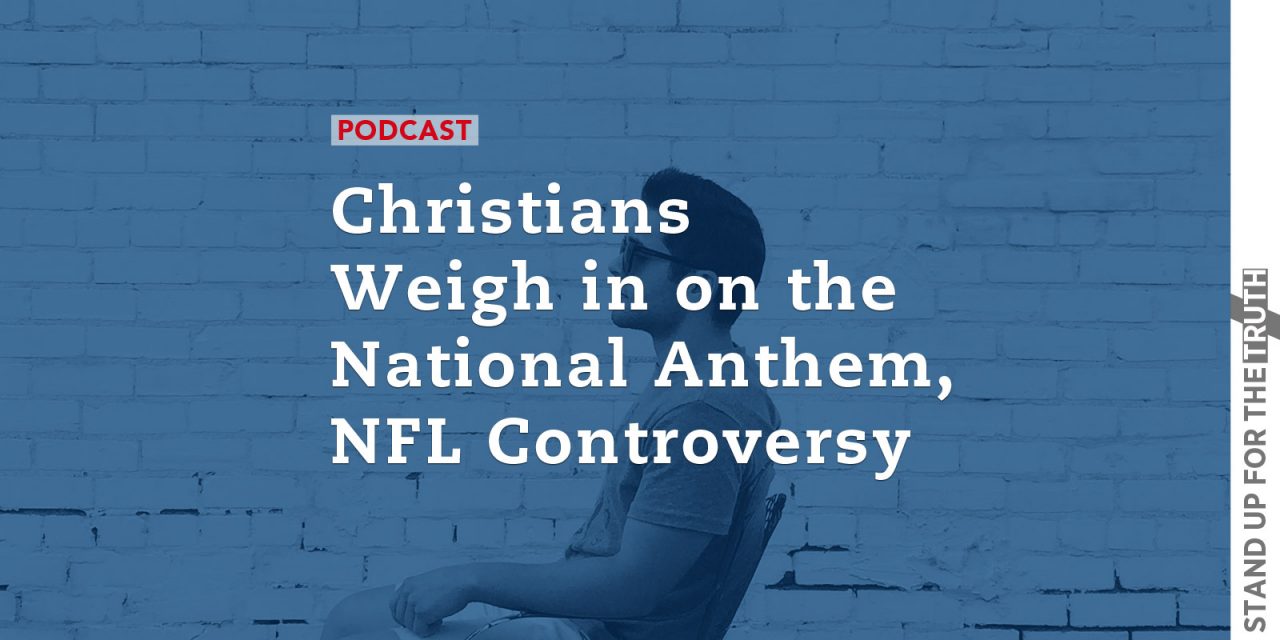 Our nation has been in steady decline over the past fifty to seventy-five  years.  A nation, claiming in the past it was established under the guidance of God and His principles, has increasingly abandoned His ways. We have aborted more than 55 million children, redefined marriage to fit our humanist beliefs, and now actually encourage young people to defy the gender God has assigned them. We also face terrorist threats and world powers with nuclear weapons intent on our destruction as division and chaos grows within our nation.

Is the friction reaching a boiling point with the recent controversies over The National Anthem protests?  President Trump, true to his nature, couldn’t resist criticizing the NFL players who have protested and challenged NFL owners to “fire them” if they continue to protest. Some are applauding his bold statements; others wish he would keep his mouth shut and not be compelled to comment on so many issues.

Now you may think that this issue has nothing to do with Christians, but it might well affect our freedom of religious expression down the road and impede our ability to publicly share the gospel of salvation.

In our first segment, we continue with listener comments and questions we did not get to last Friday. In our second and third segments, we dive into the debate on how Christians should respond to the NFL football/National Anthem issue. On our Facebook page this morning, dozens of you weighed in on the controversy about NFL players protesting and we address many of your comments.

If I Were in the NFL, My Response to the Anthem

What Do We Make of the Battle Between Trump and the NFL?

We answer your questions weekly!

Looking Behind the Curtain

Visual Learners Will Love This Book

The price of contending