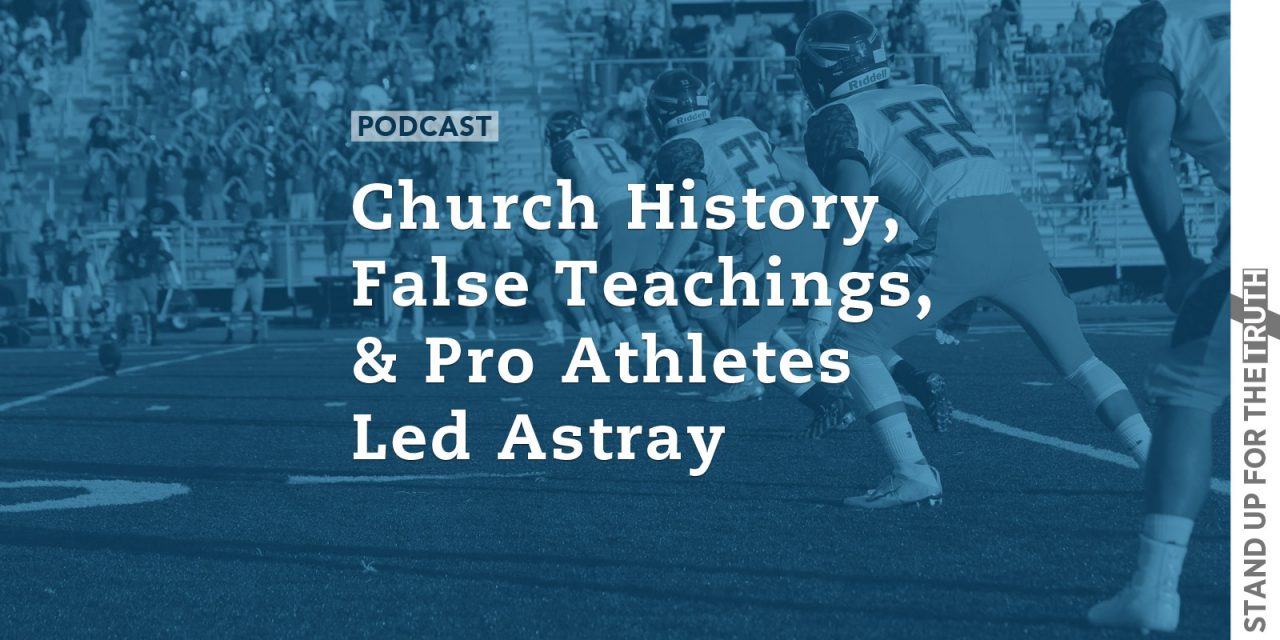 Rev. White is the founder and CEO of Dispensational Publishing House. He also teaches Bible online through Randy White Ministries, and pastors the Taos (NM) First Baptist Church. Rev. White hosts an excellent Thursday evening Bible Study online that you can do here.

In our final segment today, we look at a sad story of an athlete many American football fans look up to as a role model. From what we know, this man was raised in a strong Christian, conservative family, but sadly by his own admission has now apparently abandoned his faith in the one true God. This happened in part because of the influence of a false teacher who was invited in by a team chaplain to speak to the team before a game years ago.  That athlete is Aaron Rodgers and the man who influenced him was Rob Bell.  And Bell has apparently convinced this high profile athlete and role model that the Bible cannot be trusted.

In our first segment, we visit with Pastor Randy White and look at the history of Martin Luther’s reformation, marking its 500 year anniversary this year.  We discuss how most believers identify non-Catholics as Protestants, but is this accurate?

CHURCH HISTORY, THE REFORMATION, AND RELIGION

“In 2008 Rob Bell had a chapel service [with the] Green Bay Packers, and afterwards Aaron had some questions about hell and things he had been taught as a kid at a Christian church in California,” the ministry leader describes. “So Rob Bell had a big impact on him.”

According to the magazine article, Bell’s influence has led Rodgers to publicly announce that he does not believe in a literal hell:

The two men struck up a friendship. Bell sent Rodgers books on everything from religion to art theory to quantum physics, and the quarterback gave him feedback on his writing. Over time, as he read more, Rodgers grew increasingly convinced that the beliefs he had internalized growing up were wrong, that spirituality could be far more inclusive and less literal than he had been taught. As an example, he points to Bell’s research into the concept of hell. If you close-read the language in the Bible, Rodgers tells [the writer of the article], it’s clear that the words are intended to evoke an analogy for man’s separation from God.

The article’s author also quotes Rodgers as saying he no longer identifies with any religious affiliation – and that the QB thinks “organized religion can have a mind-debilitating effect, because there is an exclusivity that can shut you out from being open to the world, to people, and energy, and love and acceptance.”

Sad story. Ten years ago I often said, ‘I wish Aaron Rodgers would speak up about his faith in Christ.’ He could have influenced so many fans for the kingdom of God. I’ve prayed for him for many years, still do, and now recently I have been saying that I hope Aaron Rogers stays silent about his (departing the) faith. Rob Bell is a world-conforming, man-pleasing apostate and false teacher. I understand that most Green Bay Packers fans care most about touchdowns and wins, but Packers fans who are true Christians should be more concerned about Roger’s eternal destination and spiritual issues, those he influences, and will pray for him to repent and return to the God of Truth.

What Rob Bell Gets Right and Wrong About the Bible

The Push for Globalism, Division by Design

True to His Word