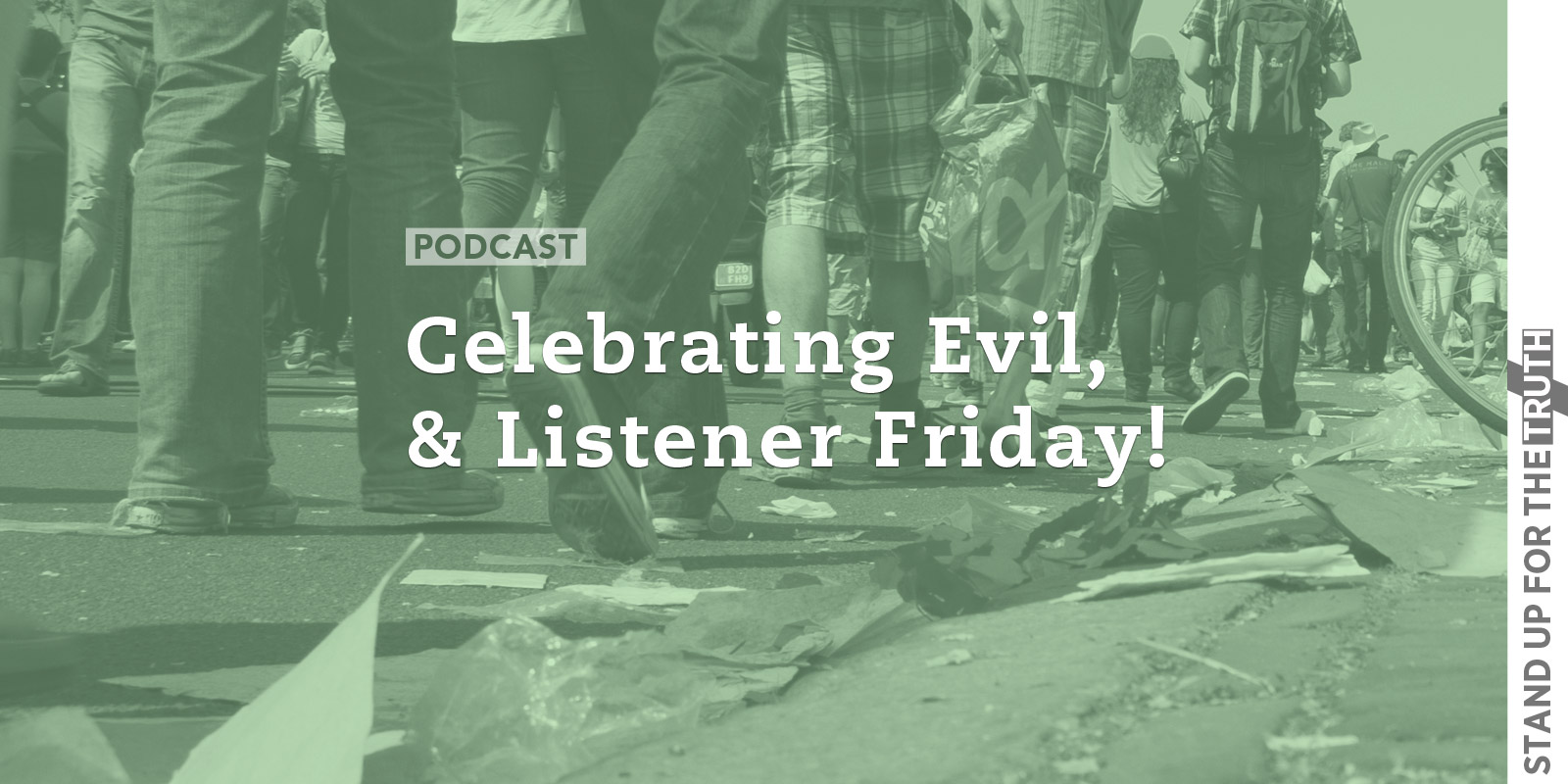 The City of Manitowoc, Wisconsin kicks off its Windigo Fest tonight. “Windigo” is an American Indian folklore about a cannibalistic monster and evil spirit who allegedly possesses humans and becomes monstrous.  There is even a modern medical term associated with it these days called “Windigo Psychosis.” Despite protests and concerns from some citizens, the city is allowing this dark event and some are very concerned the city is opening its arms to demonic presence and influence.

And guess who is kicking off the event? Opening with “some prayers for healing from the evil violence shaking our nation,” is a local Presbyterian pastor.  So pastor, you are endorsing and participating in an event that celebrates violence and spiritual possession, while praying against violence in our nation?

We also share your comments and questions from the week, including comments from students who received varying reactions to bringing their bibles to school yesterday, gun control, understanding the liberal mindset, and what to do when your children argue with you about going to church.

For though we walk in the flesh, we do not war according to the flesh, 4 for the weapons of our warfare are not of the flesh, but divinely powerful for the destruction of fortresses. 5 We are destroying speculations and every lofty thing raised up against the knowledge of God, and we are taking every thought captive to the obedience of Christ, 6 and we are ready to punish all disobedience, whenever your obedience is complete. 7 You are looking at things as they are outwardly. If anyone is confident in himself that he is Christ’s, let him consider this again within himself, that just as he is Christ’s, so also are we. 2 Corinthians 10:3-7

Alec Baldwin: ‘What You See With Trump is How Hitler Got Elected’

Sex-change surgery regret is on the rise, leading surgeon says. Here’s why.

We answer your questions weekly!