When We Collectively Turn Our Backs to God 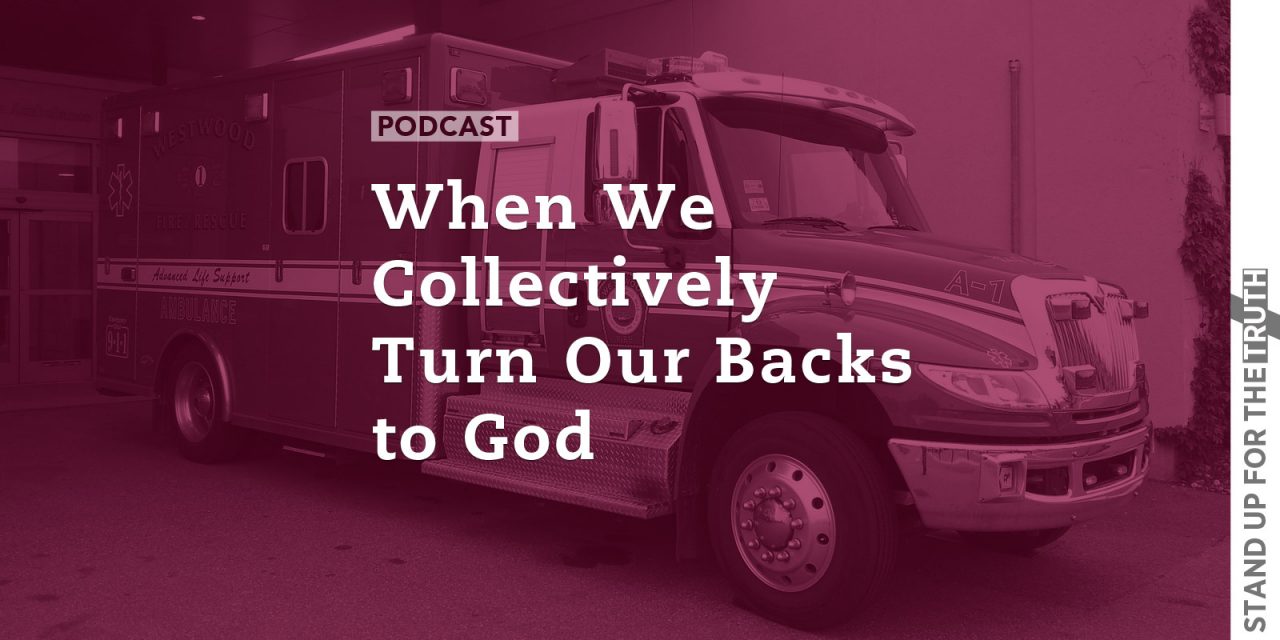 In our final two segments this morning, we share our thoughts on the tragic mass murder at a Las Vegas concert- 50 killed and over 400 wounded in what is now the deadliest shooting attack carried out on American soil.

We will also discuss a Minnesota couple being sued and punished by the state of Minnesota because of their Christian values and beliefs.  And we ask the question “Has America gone beyond the point of redemption in God’s eyes?”

In our first segment we are joined by William Murray of The Religious Freedom Coalition.  William’s mother used him as a young boy to get prayer thrown out of public schools, and we get William’s perspective on the Marxist movement perhaps disguised as democratic socialism?

“Democracy is not a form of government. It is simply a form of picking leaders.” William Murray

5 Things You Should Know about the Minnesota Religious Freedom Case

Will America Experience Another Civil War?

Easy Believism: What is the cure? Real Persecution–Even to the Death