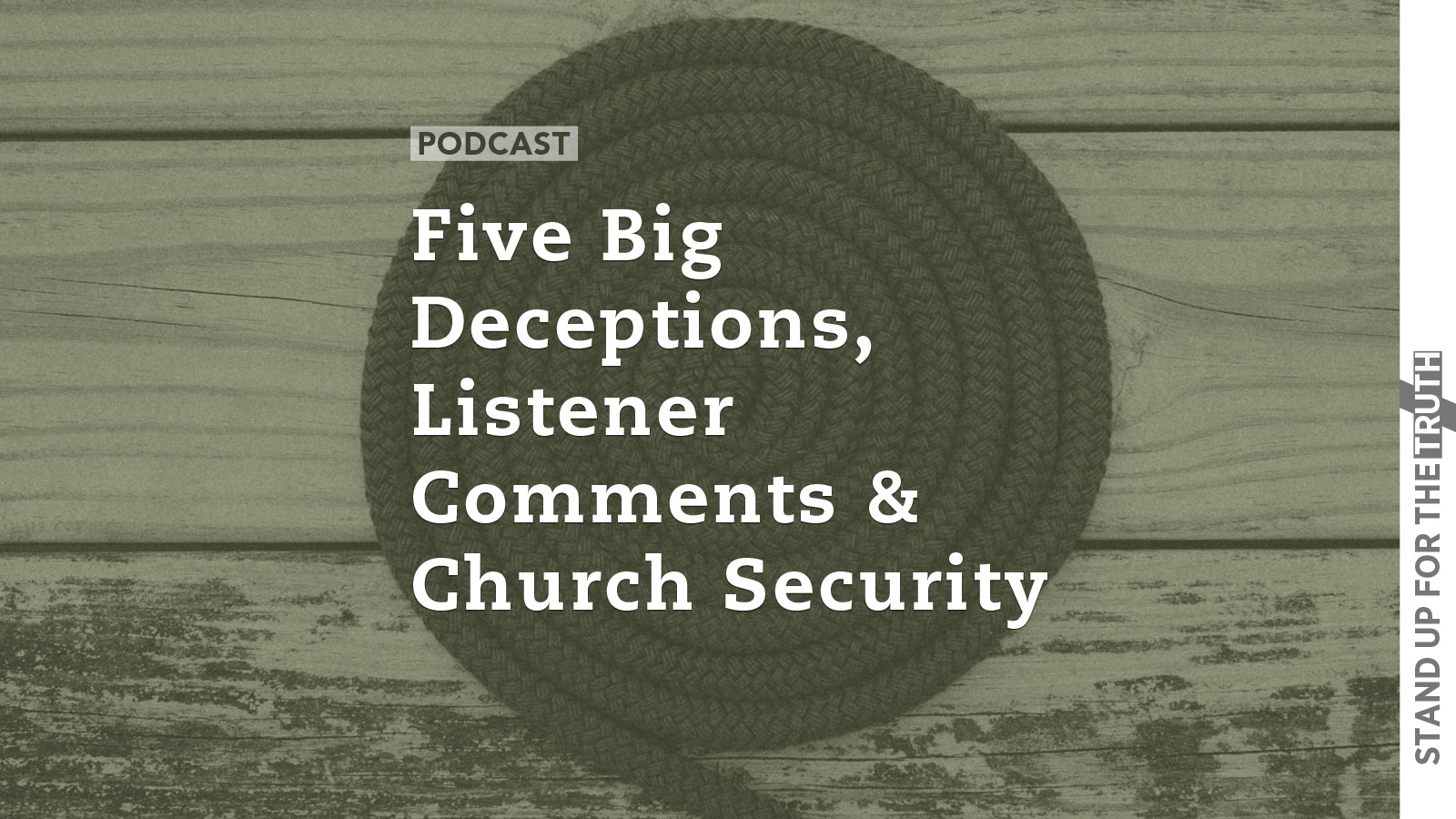 There can be little doubt the LGBTQ movement has gained both momentum and power in America and sadly, within too many churches. Now with the transgender part of the LGBTQ being rolled out, the Left is winning the battle for the public square in part by having successfully shaped public opinion over the past several decades. It’s interesting this directly correlates with a growth in biblical illiteracy and an increasing belief that the Bible is not the inerrant Word of God.

Today we discuss five of the biggest deceptions being perpetrated on Christians and the American people by transgender movement.  Since most media, government and public education caved to political correctness and increasing pressure from the LGBTQ camp, these lies and delusions are now repeated so often that most simply accept them as being true.

The majority of today’s program – as it is each Friday now – is dedicated to your comments and questions from the week on a variety of topics. And no subject is off limits.