Seduced by Scientology: Deceptions of One Man’s Fiction 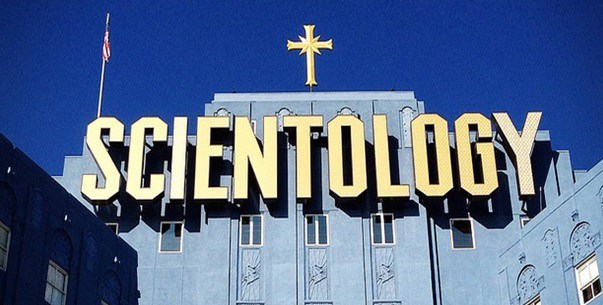 “In a time of universal deceit, telling the truth becomes a revolutionary act.” − George Orwell

In July of 2013, actress Leah Remini left the church of Scientology after thirty years, upset about the church’s alleged control, corruption, harassment, and abuse. Knowing her outgoing personality, it is not surprising that she didn’t go quietly. Though her disappointment had been building for years, things intensified when Remini began questioning the practice of the church excommunicating people. Cults generally do such things to protect their leaders, as well as cover up lies and questionable practices.

Excommunication occurs when individuals who have been declared “Suppressive Persons” (SPs) by Scientology leadership are kicked out. Members then, if they want to remain in good standing, are forced to disassociate and “disconnect” from the person or risk being disciplined or excommunicated themselves. Due to brainwashing and extreme loyalty to Scientology, families can be and have been permanently split up.

…Scientology is a religious system of beliefs and practices based on the seeking of self-knowledge and spiritual fulfillment through graded courses of study and training. A variation of religious humanism, the Church of Scientology was founded in 1954 by American science fiction writer L. Ron Hubbard (LRH). He initially developed a program of ideas called Dianetics and wrote a book about it in 1950.

Scientology claims it alone “brings man to total freedom and truth,” which we know is a lie.

…Any false teaching in conflict with the Bible is an attempt to redefine the truth of God and Jesus Himself.

Hubbard once openly stated in a 1952 lecture in Journal of Scientology, “The only way you can control people is to lie to them. You can write that down in your book in great big letters.” One tenet of Scientology holds that matter, energy, space, and time (MEST) were created by “thetans” beyond a quadrillion years ago, including alien life on other planets.

Scientology is not at all comparable to Christianity, as the two have very little if anything in common. Scientology is based on humanism, and its teachings lead away from the authority of God and the truth of Scripture.

There are no scientific reasons to think Scientology will work as advertised, and no studies proving the effectiveness of Dianetics, which has been classified as a pseudoscience. One thing the organization is profoundly good at, however, is generating revenue. Critics – and there are many − claim Scientology is not a typical “religion,” but a system “built chiefly as a cover for commercial operations” based on financial exploitation, and is “a multi-national racket masquerading as a religion.”

The foundational beliefs of Scientology start with the concept that man is “basically good, and that his spiritual salvation depends upon himself, his fellows, and his attainment of brotherhood with the universe.”

O Timothy, guard what has been entrusted to you, avoiding worldly and empty chatter and the opposing arguments of what is falsely called “knowledge”… (1 Timothy 6:20)

Read more from this chapter in Redefining Truth by David Fiorazo or see the book here:

Using “The Shack” for God’s Glory

Soaking: the Trendy Approach to a Holy God