Dr. Gary Gilley has been pastoring at Southern View Chapel since 1975. He is author of six books, and has also contributed to four other books, including Out of Formation. Pastor Gilley received his BA from Moody Bible Institute and his MBS and ThD from Cambridge Graduate School. He is a frequent speaker at Bible conferences and writes the monthly study paper, Think on These Things and is the Book Review Editor for the Journal of Dispensational Theology. He is also a board member of Brazil Gospel Fellowship Mission, Personal Freedom Outreach and New Tribes Missions. Pastor Gilley and his wife Marsha have two adult sons and six grandchildren. Save

Mankind is a mess and getting worse with each passing day as we reject God’s Word in favor of the ways of man.  We try new human ideas and nothing changes.  We elect new leaders who promise things will get better but they never do.   In spite of what God’s Word tells us about the increasing effects of sin and rejecting God some people think mankind still controls his own destiny.

Even within professing Christianity some use human understanding and schemes, thinking we can change the end to this world’s story.  But the Bible is clear that this world will one day become so evil and rebellious against God that it will be lead to the brink of self-annihilation.  But then the King of Kings and the Lord of Lords returns to judge this world and establish His everlasting kingdom.

Pastor Gary Gilley joins us this morning to continue our look at The NAR (New Apostolic Reform), Many within the movement think Christians are called to take complete dominion over this world, preparing it for the coming of Jesus through gaining control of institutions like education, media and government.  But are their views consistent with the Bible?

Beyond our comfy pews 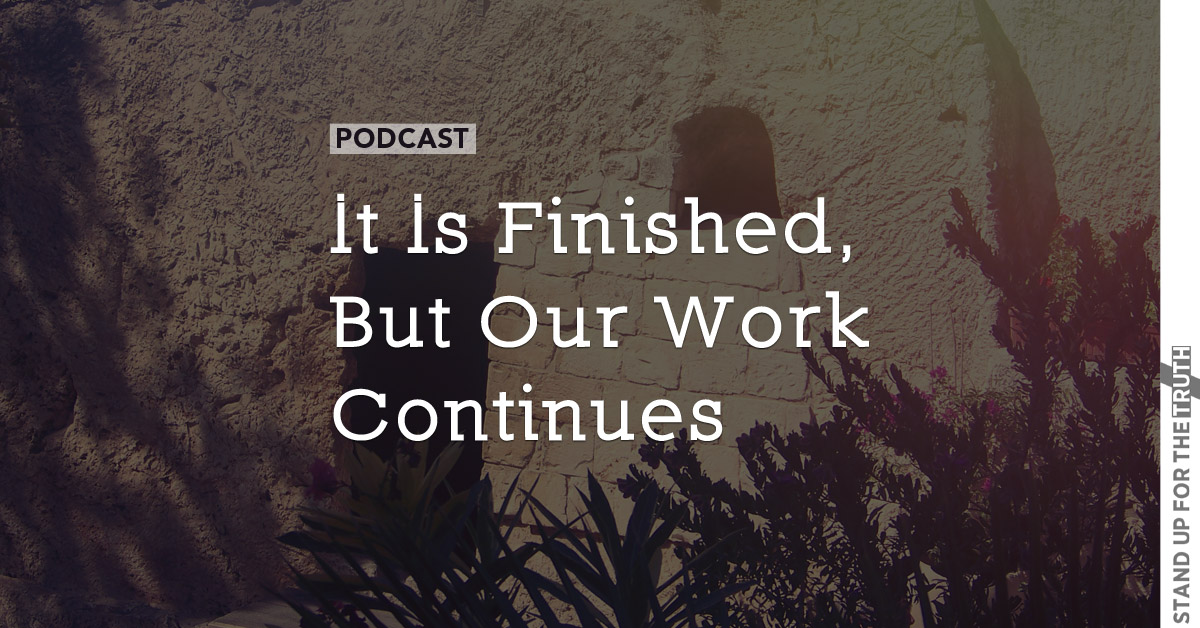 It Is Finished, But Our Work Continues

Listener’s Show: Your Questions and Comments