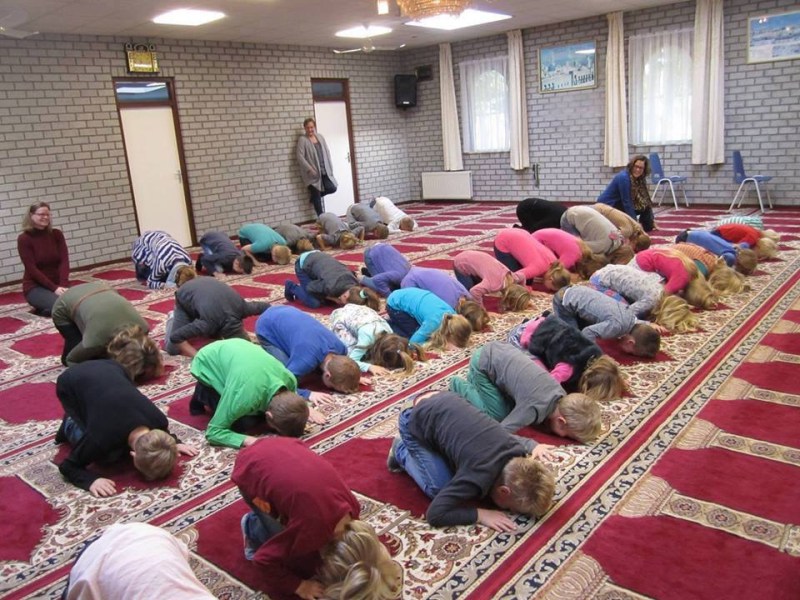 Don’t think this is just another isolated incident where Islam is being favored in public schools. The point here is simple: either teach on all religions equally or don’t teach on any of them.

Since God, the Bible, the name of Jesus, and the Ten Commandments have been expelled from government-run schools in America, mounting evidence proves – decade after decade – every other belief system including atheism, humanism, secular progressivism, and Islam have been allowed.

A new report out of West Virginia says Mountain Ridge middle school students in Gerrardstown were asked to practice writing the Islamic declaration of faith known as the “shahada” in Arabic calligraphy. Translated into English, the statement claims, “There is no god but Allah. Muhammad is the messenger of Allah.”

As part of the world religions unit of the class, the lesson plan leads students to profess the socio-political religion of Islam as true and to lead them to think Allah is God, the Creator.

Apparently, the 30-page section “Islam in the World Today” contains anti-Christian sentiment and required seventh graders to read segments of the Qur’an, learn Muslim prayer poses, and understand the Five Pillars of Islam.

The Muslim faith is both controversial and in direct contradiction to Christianity, so parents were outraged, especially after hearing students would be given a detention slip if they didn’t do the assignment, according to reports. The teacher now claims the assignment was optional.

Both Christianity and Islam do promote a standard of morality and good deeds, but the god of Islam is not the same as the living God of the Holy Bible. But this idea is being taught by our government.

I am not suggesting the Christian faith should be the only one allowed in public schools – although that is what took place for over a hundred years in America when our country was very different morally and spiritually.

In a breaking story out of New York City, parents are outraged after a public school held a moment of silence last Tuesday for the people killed in Gaza. A Beacon High School public address announcement urged students to pause and honor those who died in the clash at the Israeli border during protest of the U.S. Embassy in Jerusalem. The terrorist organization, Hamas publicly confirmed 50 of the 62 people who dies were members of their militant Islamic group.

What about statements about peace in the Qur’an? “Abrogation” is a recurring theme whenever conflicting verses of the Quran are discussed. It means to cancel, repeal, or officially revoke something. In this context, the later or more recent verses calling for jihad and Holy War override earlier verses counseling tolerance or peace…

Read the extensive article at DavidFiorazo.com