Can Reading the Bible Actually Hurt You Spiritually? 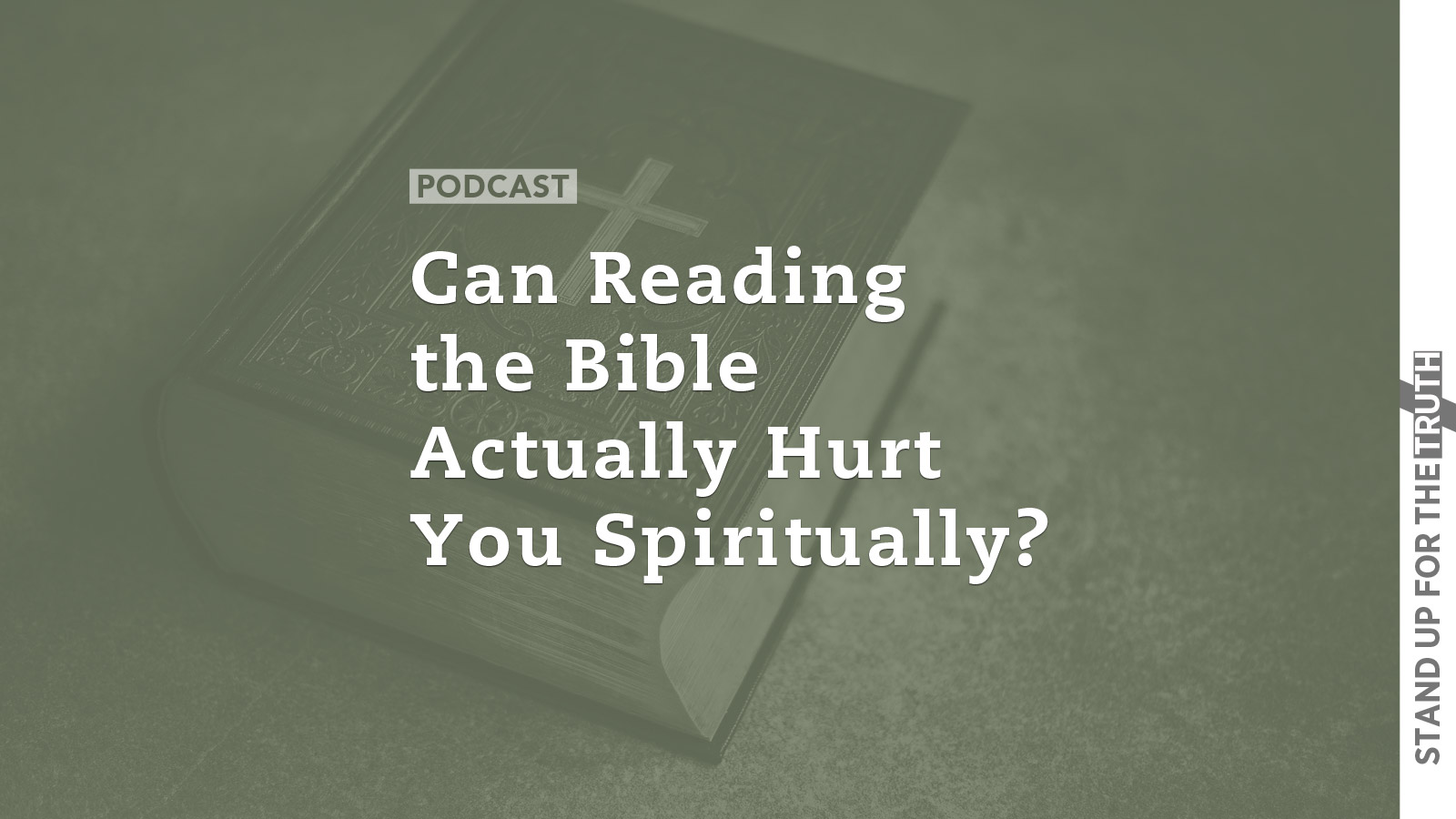 How many times, when a professing Christian faces a dilemma, do other Christians say “Well, just read your Bible”?  That sounds like solid advice on the surface…but what if you don’t know how to read your Bible in correct context?  Or what if your world view or belief about God is skewed already?  Could reading the Bible in those circumstances actually do more damage than good?

Barna Research has recently published a study of Americans and our bible reading habits; and one Christian organization thinks the findings are a warning of the growth of apostasy within professing Christianity.

In our first segments we’re joined by Jay Seegert of The Starting Point Project.  Jay discusses some of the questions that baffle today’s scientists; questions that are easily answered if we just turn to God’s Word.

Today’s discussion included a brief contextual review of the history of the great Flood, and in Genesis 7:6-17, the Bible states:

Now Noah was six hundred years old when the flood of water came upon the earth. 7 Then Noah and his sons and his wife and his sons’ wives with him entered the ark because of the water of the flood. 8 Of clean animals and animals that are not clean and birds and everything that creeps on the ground, 9 there went into the ark to Noah by twos, male and female, as God had commanded Noah. 10 It came about after the seven days, that the water of the flood came upon the earth. 11 In the six hundredth year of Noah’s life, in the second month, on the seventeenth day of the month, on the same day all the fountains of the great deep burst open, and the floodgates of the sky were opened. 12 The rain fell upon the earth for forty days and forty nights.

13 On the very same day Noah and Shem and Ham and Japheth, the sons of Noah, and Noah’s wife and the three wives of his sons with them, entered the ark, 14 they and every beast after its kind, and all the cattle after their kind, and every creeping thing that creeps on the earth after its kind, and every bird after its kind, all sorts of birds. 15 So they went into the ark to Noah, by twos of all flesh in which was the breath of life. 16 Those that entered, male and female of all flesh, entered as God had commanded him; and the Lord closed it behind him. 17 Then the flood came upon the earth for forty days, and the water increased and lifted up the ark, so that it rose above the earth.

How Not to Read the Bible – Breakpoint

I read about Barna’s “State of the Bible” survey, this headline caught my eye: “Americans Hold Record Liberal Views on Most Moral Issues.” That from Gallup.

Since Gallup has been surveying people on such topics, more Americans than ever before view the following as “morally permissible”: Divorce, sex between a man and a woman outside of marriage, gay relations, having a baby out of wedlock, doctor-assisted suicide, pornography, and polygamy, among other things.

So … Half of Americans are Bible users, that number has remained pretty steady, and yet more Americans than ever are changing their views (in the wrong direction) about serious moral issues.