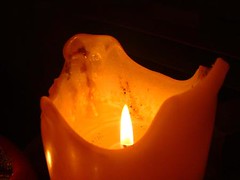 The Emergent Church movement is a progressive Christian movement that attempts to elevate experience and feelings on a par with Christian doctrine.  Many do not believe man can know absolute truth, and believe God must be experienced outside of traditional biblical doctrines.

It’s important to note that there are the well-known emergent leaders we’ve tracked: Brian McLaren, Tony Jones, Doug Pagitt, Rob Bell and Rick Warren (whom many of these leaders point to as their inspiration for the Emergent Movement). Then there is the next generation; the up-and-coming rookies who now are the prolific young voices at leadership conferences (like Catalyst and many others), that you can’t easily research because they don’t have anything questionable yet attached to their bios. But make no mistake: The leaders of old have not gone away, nor has the movement died. Instead it is shifting into a new or neo mode, making the Neo-Emergent movement even more appealing to a whole new audience of young Christians. It’s the same old “Hath God said” lie repackaged into a slick media marketing formula with programs helping many pastors “plug and play” with sermon topics and programs in their own churches to perpetuate the movement. Most don’t even know they’re doing it.

Important distinction to remember:  We can experience God and what He is doing in our lives.   But our human emotions and feelings of the flesh can deceive us.  We must never elevate our feelings above the eternal truth of God in the Bible.  Our feelings and emotions must be filtered through the truth of the Word.  if not they can lead us to very dangerous beliefs and actions.

In their book Why We Are Not Emergent authors Kevin DeYoung and Ted Kluck say trying to come up with a short description of the Emergent Movement is like trying to nail Jell-O to the wall. Emergent church movement teachings include questioning individual salvation through Jesus Christ, believing in the teaching of collective salvation. Many question the existence of hell as a place of eternal separation from God. some believe that all religions are viable paths to God. A growing number question the doctrine of substitutionary atonement of Jesus for sin on the cross.

Some have noted a difference between the terms “emerging” and “Emergent.” While emerging is a wider, informal, church-based, global movement, Emergent refers to an official organization, the Emergent Village, associated with Brian McLaren, and has also been called the “Emergent stream.”

Get the weekly Watchman Newsletter! Subscribe to our newsletter.

Other Places To Learn:

Article:  Who Are Some of the Leaders of the Emergent Church?

Books about the Emerging Church

1. Emerging Churches – Eddie Gibbs and Ryan Bolger (the most comprehensive resource on the EC, very readable and very done in a creative format)
2. Shaping of Things to Come – Michael Frost and Alan Hirsch (Offer both theoretical and concrete ideas about models of church that are emerging in the postmodern world)
3. Out of Bounds Church – Steve Taylor (A short easily accessible book about the emerging church)
4. A New Kind of Christian – Brian Mclaren (A short story that helps to get at some of these ideas in narrative form)
5. Church Re-Imagined – Doug Pagitt (A week in the life of the emerging church)