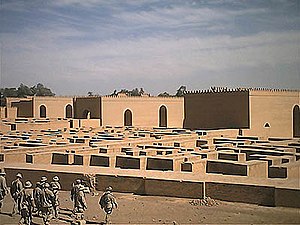 The Middle East is where the story of the Bible begins—and where it will end. Bible prophecy points to a soon coming day when all the powers of the world, led by the anti-christ, will prepare to battle the one true God. Jesus Christ will return to vanquish evil and bring forth His everlasting Kingdom at the battle of Armageddon.

Today, the Middle East is in turmoil. Radical Islam is on the march and the world is preparing to rise up against Israel one more time. The United Nations is determined to impose the “two state solution” for peace upon Israel, dividing once more the land God promised Abraham and his descendants. Jerusalem will be divided against the wishes of God Himself. The Word of God says that all nations who rise up against Israel will be punished for their disobedience to His Word.

The world, particularly the United States and Europe, have compromised Biblical principles for the lust of oil—the product that drives all commerce. The Jewish people are being increasingly persecuted and threatened because of our lust for economic wealth driven by oil. This love of money over God will lead to our downfall.

Christians should keep a keen eye on the Middle East as a barometer for final world events leading to the fulfillment of biblical prophecy. Be wary of the call to “peace” because it will be a false peace leading many astray. Only God will bring eternal peace when Jesus Christ returns in glory.

A correct interpretation of the Bible’s prophecy in the final days is crucial.  Some are teaching that Jesus will only return when man has cleaned the earth of injustice and poverty, creating a “utopia”.  The Bible tells us a different story:  The world will continue to grow worse and worse and Jesus will return to judge all men and establish His eternal Kingdom at earth’s darkest moment.

Get the weekly Watchman Newsletter! Subscribe to our newsletter.