We Celebrate An Anniversary Today 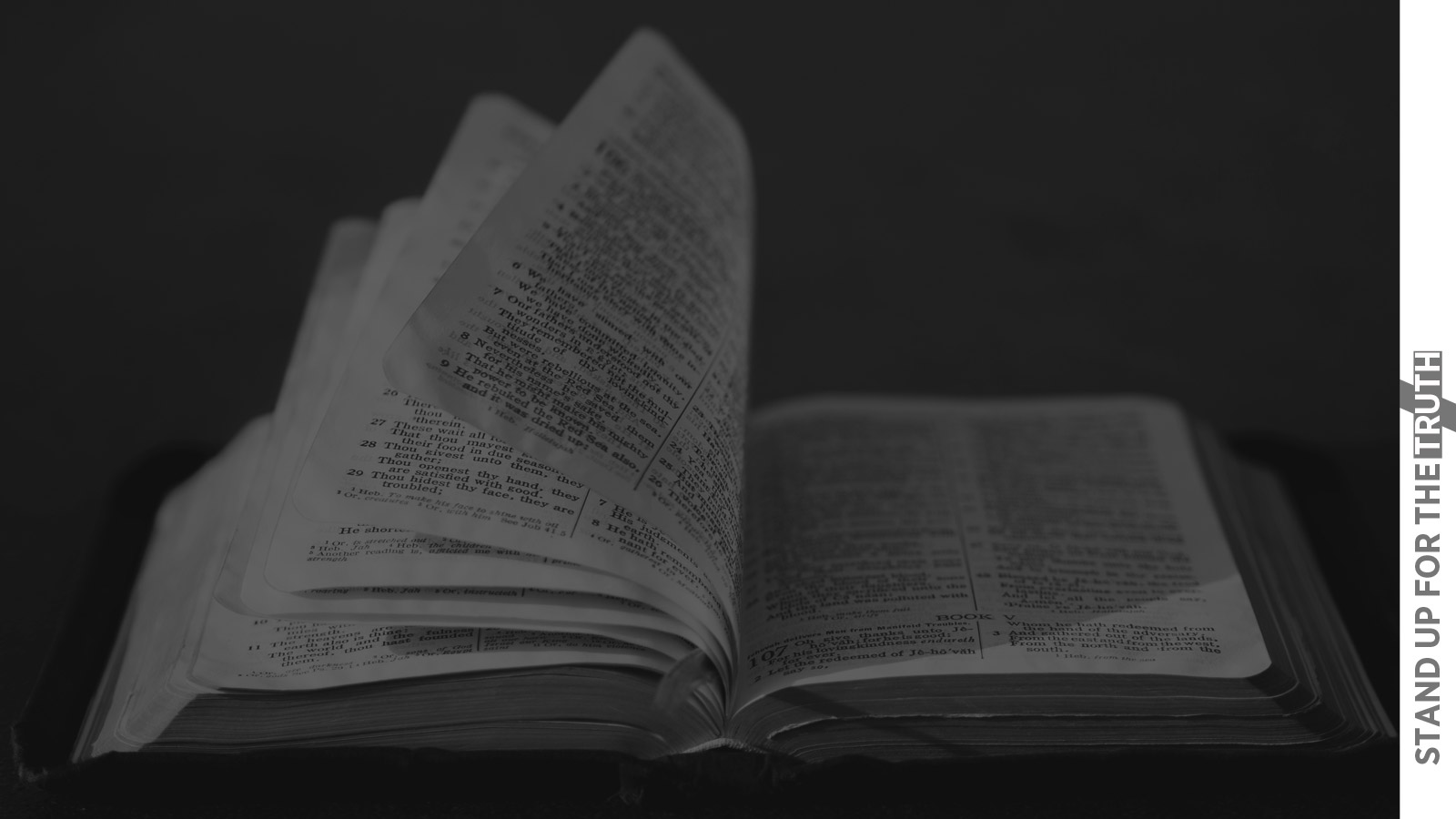 We celebrate an anniversary today: Stand Up For the Truth today starts its 9th year on air. Eight years ago today we came on the air because of a stand we had to take against Jim Wallis of Sojourners being invited to be the keynote speaker at a Christian Youth Event.

We studied Wallis and Sojourner’s beliefs and values. They claim to be “Christian” but we saw something contrary to Christianity: their worldview and their stance or lack thereof on spiritual issues like abortion, homosexuality and the inerrant truth of God’s Word. Instead their focus was on social justice, Climate Change and electing godless politicians who support the murder of innocent babies in the womb and advance the LGBTQ movement at every opportunity.

I spoke twice with Jim Wallis. His worldview is the exact opposite of a Christian worldview. He told me that he believed Jesus could only return when mankind cleansed the planet of poverty, pollution and racism. Then Jesus could return to inherit a perfect world—a world made perfect by mankind. This is Secular Humanism masquerading as Christianity—believing in the goodness of man and denying God’s teaching that rebellious man is sinful and wicked beyond anything. To think that man is the solution to suffering and death when it was man’s rebellion and sin against God that caused all this is the height of spiritual insanity. Wallis is a political activist who historically supported Marxist regimes…a political activist using a watered-down form of Christianity to convince Christians to support radical Liberal candidates like Barack Obama and Hillary Clinton. He is heavily supported financially by George Soros—an atheist who promotes a one world government.

Our Board of Directors worked tirelessly behind the scenes to resolve this conflict. We offered to fly Wallis in at our expense to meet with pastors so they could ask questions about his professed “Christianity”. Wallis refused. Ultimately we had to take a stand opposing his coming to speak to our children because we feared he would pollute their minds and hearts with a message that might sound “Christian” but was actually anti-Christian.

We took a lot of heat for our bold stance. Other Christian Radio Stations in our area opposed our actions. The majority of pastors criticized our actions. We lost a significant number of listeners and supporters… but our Board of Directors decided we must remain faithful to God and His Word rather than fear the repercussions and criticisms of man.

Today, God has sustained and blessed us. Thanks to God and you our listeners and supporters we are stable and growing. Over the past 6 years alone more than 2 million podcasts have been downloaded from Stand Up For the Truth. We have an audience around the world. A close friend whose name I will not mention for his safety is using our show to encourage and educate the underground Christian Church in Communist China. Missionaries in Africa and Asia are using our show to undo the horrendous destruction done by Word of Faith Ministries preying on the poorest of people to financially manipulate them to support their greedy organizations. We have listeners in Pakistan, Iran, Russia, Iraq and Syria…places where proclaiming the Gospel can land you in prison.

I share this with you our listener family for two reasons…

First, God led us to take a strong and dangerous stand for the truth of His Word when the majority of pastors opposed our action, calling it “divisive” to the Body of Christ. We were called dividers and haters because we took a stand on God’s Word and obeyed the call to expose false and dangerous wolves masquerading as shepherds of the flock. The lesson: God is always faithful. When we do the right thing he will sustain us.

Second, as we continue to discuss dangerous teachings trying to infiltrate American Christianity, we know that what we cover cuts close to home at times. We took a lot of heat from pastors for warning people about Willow Creek and Pastor Bill Hybels—yet history has proven our warnings were correct. The Willow Creek Global Leadership Summit has elevated people like Bill Clinton, Bono, Rob Bell and Cory Booker to positions of leaders that Christians were encouraged to follow and emulate. That last one, Cory Booker: Hybels invited him to be elevated as a “Model of Leadership” in spite of knowing that Booker supported abortion and homosexual marriage. This is the same Cory Booker that viciously lied about and tried to destroy Judge Brett Kavanaugh at his Supreme Court Appointment hearings. He blatantly lied about Judge Kavanaugh and tried to destroy his reputation, career and family…and yet Bill Hybels and Willow Creek held this disgusting man up as a leader Christians should emulate.

We will always try to accurately and fairly warn about the new breed of dangerous teachers and teachings infiltrating American Christianity. We will continue to warn about dangerous teachings like Word of Faith Prosperity, the secular Church Growth Movement spearheaded by Rick Warren, New Age and Eastern Mysticism, and the recent calls to “unhitch” from the Word of God in the Old Testament spearheaded by Andy Stanley. And if these topics cut a little too close to home please try to remember that history so far has proven us accurate in our warnings as a Watchman on the Wall. I say this not to brag about ourselves—but only to point out that when we remain faithful to God and His Word He will be our rock, refuge and support.

Please do not ever follow any man as a source of truth. Take everything you hear on this show, and everything you hear taught in your church to the Word of God. It is our only source for eternal truth. Thank you our fellow “Bereans”. The days and years ahead will be very challenging for those of us who stand on the truth of God’s Word. Bible-believing Christians are being increasingly mocked, ridiculed and discriminated against in our nation. Left unchecked this can only lead to one effect: Eventual persecution of Bible-believing Christians and churches who do not submit to “Caesar”. Make no mistake it is approaching rapidly. We are only one more bad decision by the Supreme Court away from biblical churches being shut down because of what we believe and teach as truth. It is time to pray that God will strengthen our mind, hearts and resolve to always stand on His truth so matter the earthly consequences. But always remember the words of Jan Markell of Understanding the Times Radio: “Things are not falling apart; they are falling into place”. No, God is not surprised by anything happening around us. He graciously warned us about all this in His Word so we could be prepared.