by Stand Up For The Truth | Nov 20, 2019 | Evangelism, Islam, Podcast, Religious Freedom, the Gospel 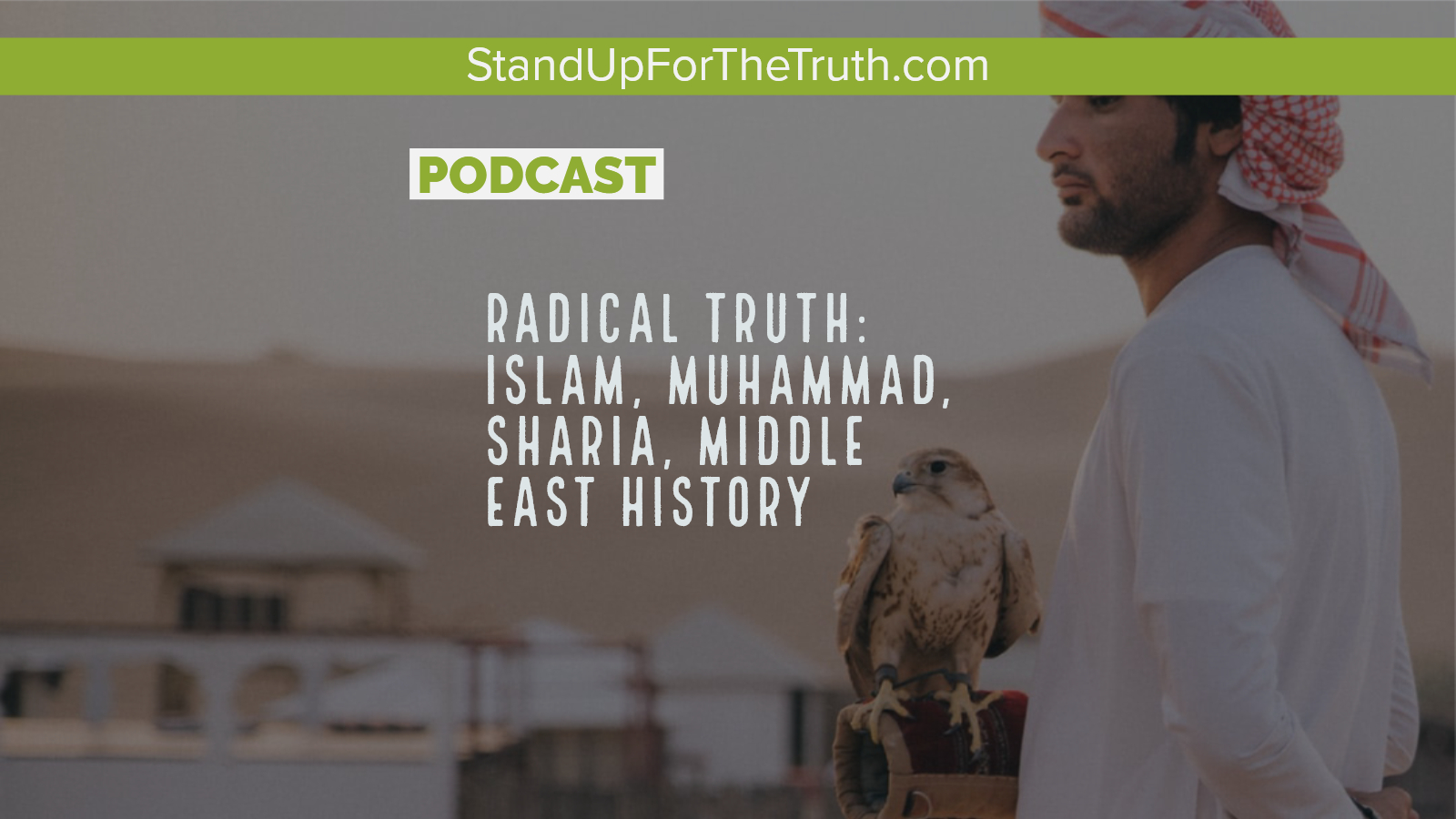 Do we understand the true history of Islam? At the turn of the 8th century, the Middle East was 95% Christian. Today, it is less than 6% Christian. WHAT HAPPENED?

Here in America, Muslims are now being elected to the U.S. Congress as well as local offices across the country. Citizens are certainly free to run for office, but is there an agenda behind some of these election wins? What about freedom of religion – is it for all faiths? As for the U.S. Constitution, is America’s system of government compatible with Sharia Law?

Then, there’s the Bible compared to the Qu’ran. Are Christianity and Islam even remotely compatible? Are they – as some claim – both “Abrahamic” faiths? From the new video project, “Lights Out“ one Muslim Activist said: “We do believe the East and the West should be governed by Sharia Law, and one day the flag of Islam will fly over the White House.” Tony Gurule is the Vice President of Radical Truth, a full-time missionary, speaker and trainer. He is also the host of Colliding Worldviews on the Aramaic Broadcasting Network’s Trinity Channel, and he previously hosted 180 episodes of Truth Matters (Ratio Christi) television show.

Tony is a Community Apologist who informs and equips both adults and youth, especially in the areas of evangelism, apologetics, and Islam.

Four major areas in America that are being Islamicized: Education, Immigration, Government, Churches

A Biblical Response to the Immigration Crisis – from Tony Gurule

New, From Tony Gurule – LIGHTS OUT: WHEN ISLAM RULES AMERICA

CAIR Philadelphia: Scores of Muslim Candidates Win in Races Across the Nation

“Abrar Omeish won a seat on the school board at Fairfax County in Virginia.  The 24-year-old became the youngest woman (and the first Muslim woman) to win a seat in Virginia. This is the daughter of a Muslim Brotherhood official who advocated Palestinian “jihad” & hired the al-Qaida imam who ministered to the 9/11 hijackers at radical Dar al-Hijrah Islamic Center has been elected by Democrats to the Fairfax County School Board in Northern Virginia.”

Why did The New York Times scrub the word “terrorist” from its coverage of the targeted killing of a senior leader of Palestinian Islamic Jihad by Israel? This is the same newspaper that:

Nowhere in the Bible does God encourage joining with other religions. On the contrary, He warns against it, punished the people of Israel for allowing the slightest pagan influence in their camp, and teaches about being set apart. Though there are some similarities, Islam is quite incompatible with the Bible as well as America, a society that values Judeo-Christian principles and religious freedom. Islam will accept no other religions, no competing economic or political views, and no legal system except Sharia Law which would outlaw Christianity.

RECOMMENDED: In Their Own Words – a MUST SEE! It features a Jew who went undercover as a ‘Muslim’ and interviewed Islamists – here in America – about their ultimate plans.