Real Hope: Assurance of the Resurrection 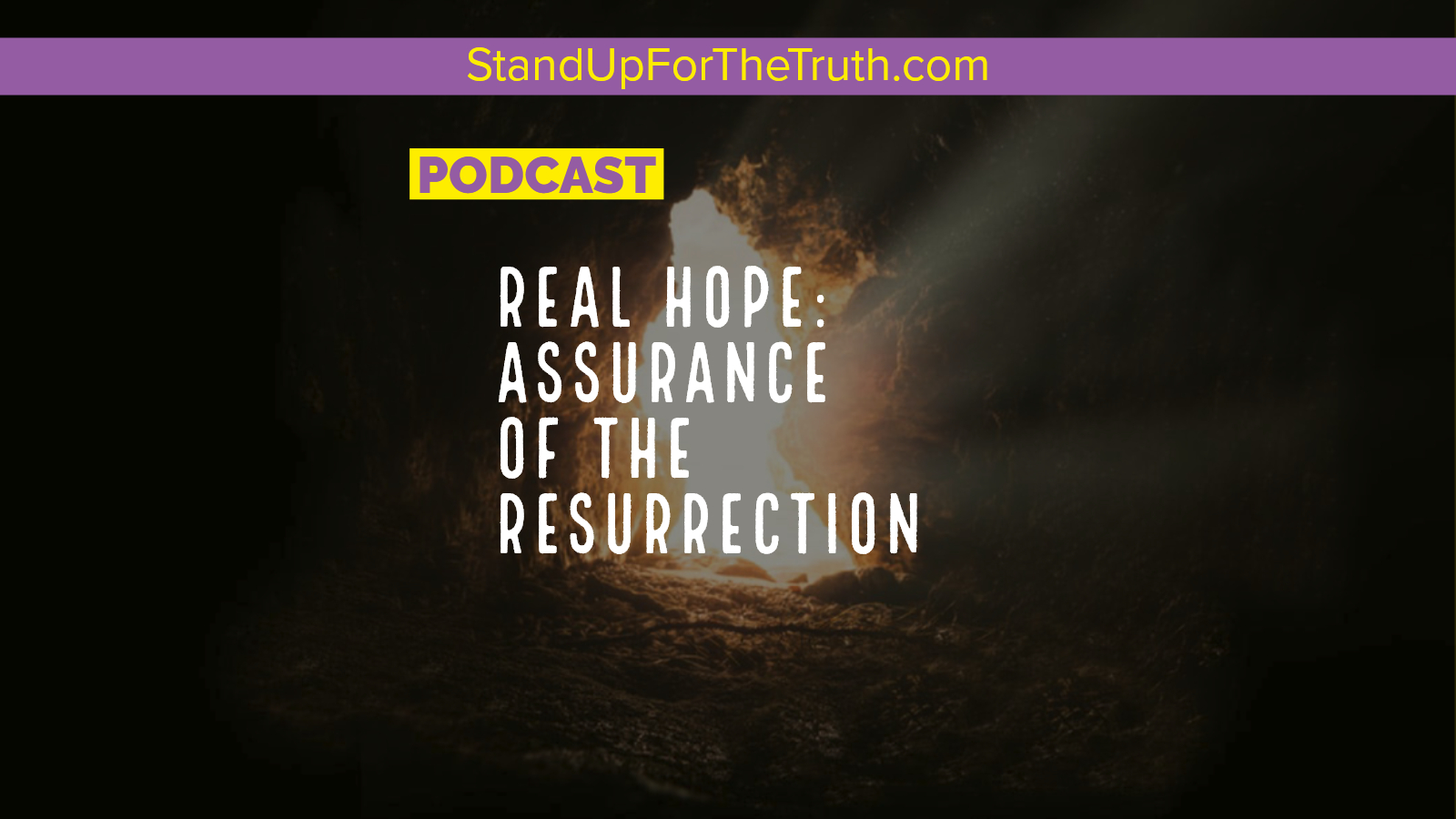 Be encouraged today! The resurrection of Jesus Christ is the foundation of Christianity.

Understanding the evidence for the resurrection and the reliability of Scripture as well as examining its claims are important to our faith. We can be assured of salvation as we are “waiting for our blessed hope, the appearing of the glory of our great God and Savior Jesus Christ (Titus 2:13).”

If Christ has not been raised from the dead, Christianity is not true, we won’t be resurrected either, and we’re out of hope. But what if Jesus is who He said He is and what if he really did rise from the dead, overcoming the grave?

Faith is being certain of what we hope for, and ours is not a blind faith. There is plenty of evidence, facts, and history to consider.

This hope we have as an anchor of the soul, both sure and steadfast, and which enters the Presence behind the veil, where the forerunner entered for us, even Jesus; Hebrews 6:19

The anchor symbolizes keeping believers secure during times of trouble.

THE GOSPEL – written less than twenty years after Jesus’ resurrection

Moreover, brethren, I declare to you the gospel which I preached to you, which also you received and in which you stand, 2 by which also you are saved, if you hold fast that word which I preached to you—unless you believed in vain. 3 For I delivered to you first of all that which I also received: that Christ died for our sins according to the Scriptures, 4 and that He was buried, and that He rose again the third day according to the Scriptures, 5 and that He was seen by Cephas, then by the twelve. 6 After that He was seen by over five hundred brethren at once, of whom the greater part remain to the present, but some have fallen asleep. 7 After that He was seen by James, then by all the apostles. 8 Then last of all He was seen by me also, as by one born out of due time. 1 Corinthians 15:1-8

APPEARANCES OF THE RISEN CHRIST

The Early Dating of the Gospels

THERE IS GOOD REASON TO BELIEVE THE FOLLOWING:

Jesus Truly Died on the Cross

(a) The Roman Soldiers Would Not Have Allowed Jesus to Survive

(e) The Bible Offered an Eyewitness to Verify the Death

The Apostles Didn’t Imagine the Resurrection

(a) There is no Such Thing as a Group Hallucination

(b) The Corpse Was Never Produced

(c) The Apostles Claimed to be Eyewitnesses

The Resurrection is Not Merely a Legend

(a) There’s Not Enough Time for the Legend to Develop

The Apostles Were Not Lying About the Resurrection

(a) They Could Not Have Removed the Body

(b) The Locals Would Have Known It

(c) They Had No Motive, and Only Suffered for the Claim

THE INSPIRATION AND RELIABILITY OF SCRIPTURE

For those who have an open mind, evidence produced by an honest investigation of the life and death of Christ should astound even the most intellectual skeptics. Jesus Himself fulfilled more than 300 prophecies from birth to resurrection.

The central purpose of prophecy is to reveal the one true God and prove there is no other like Him. Who can predict future events in detail other than through divine revelation? There are no contradictions or inconsistencies in the Word of God, and over 25,000 archaeological finds support the fact that people, places, and events mentioned in the Bible are real and accurate.

What human being could have ever manufactured such an intricate story – a masterpiece combining thousands of years of historical events, (written on three continents by at least 40 different authors) including prophecies, in perfect and specific detail? More importantly, what man could have created and insured the carrying out of such an elaborate plan in advance, well before many of those written about were born, before nations were formed, and hundreds of years before events had even taken place?

It had to be God.

Behold, I tell you a mystery: We shall not all sleep, but we shall all be changed— in a moment, in the twinkling of an eye, at the last trumpet. For the trumpet will sound, and the dead will be raised incorruptible, and we shall be changed.

This is the truth. This is our hope! The resurrection guarantees that as believers, we will live, appear before Christ, be like Him, and be filled with joy in His presence forever.

VIDEO: 2019 sermon “The Reality of the Resurrection“