Witchcraft: from Culture to Classroom to Church? 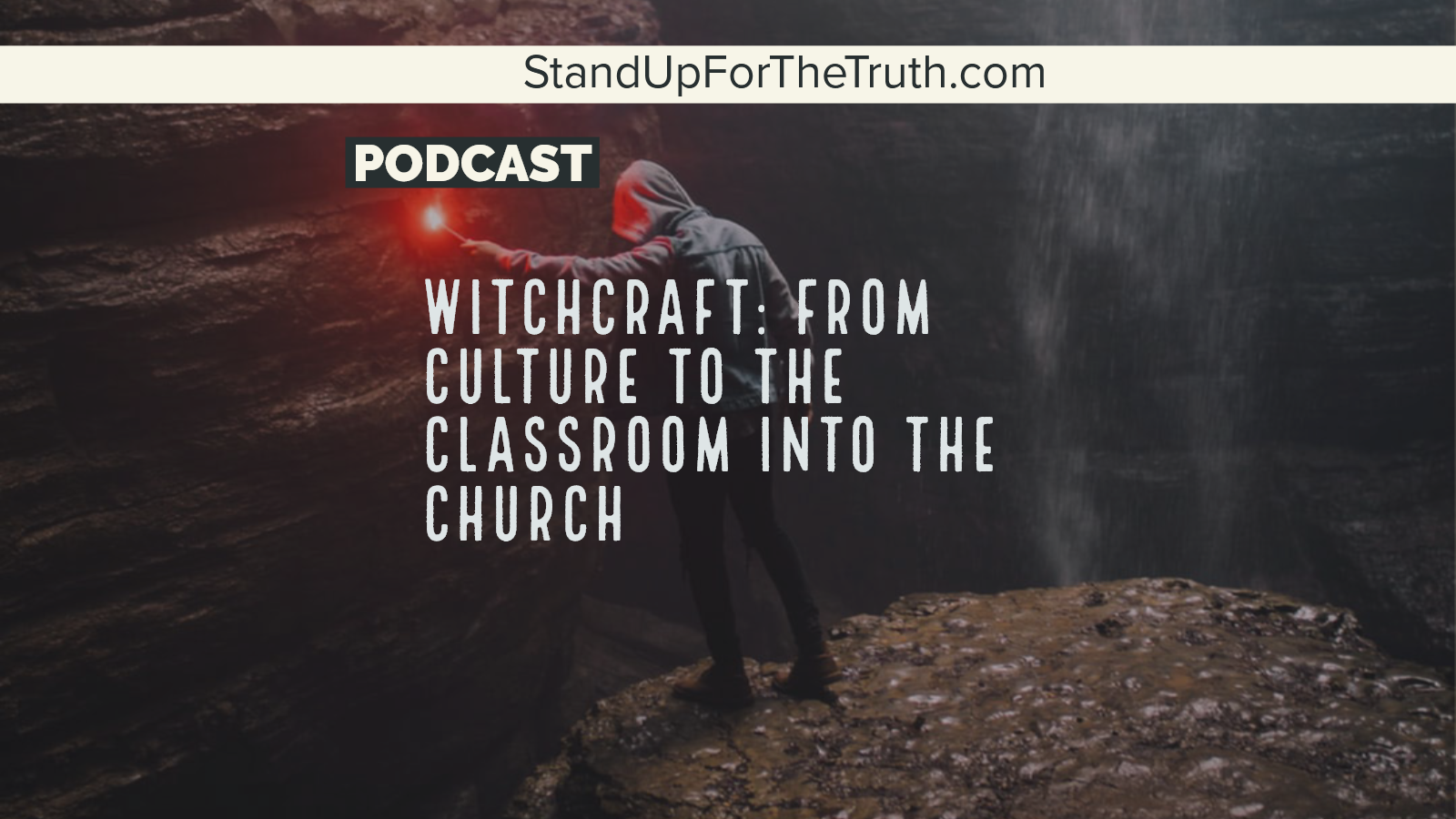 All Hallows Eve, All Saints Day, Halloween, Day of the Dead, Harvest Festival, Thanksgiving, Advent, Christmas. The list could go on. As Christians, we live for Jesus Christ and celebrate Him. To live is Christ. He said to His followers “You are the light of the world.” What does that mean? How then should we live and can light mix with darkness?

We recently talked about Halloween and its origins, and discussed how Christians should celebrate it if at all. But we’re moving on to something that is evident in our culture and country year-round, sometimes obvious, often subtle: witchcraft. It’s prevalent in our culture and entertainment industry, kids games, the Internet, and in public school curriculum.

How has the church generally responded? But first…

SEGMENT 1 – When overwhelming odds are against you

We discuss an Old Testament example of victory through faith and prayer. It’s difficult but possible to trust God when circumstances are against us and it seems the world is caving in. 2 Chronicles 20:1-26

On October 25, witches gathered from around the world cursed President Trump.  According to Michael M. Hughes, a witch, they will continue to curse Trump “at midnight on every waning crescent moon until he is removed from office.”  Make no mistake – we are the target.

In case you may think this is only about attacking Donald Trump—think again: This curse is also aimed at you and everyone you hold dear. It is specifically “crafted to bind Trump and all who aid or abet him.” The pack of occult wolves behind this bizarre attack is known as the #MagicResistance—an alliance of 13,000+ witches worldwide, doing their level best to destroy the President and his supporters. They try to frame this curse as not really being a curse—just a “binding spell” not meant to cause harm.

Next, according to many parents and educators, the Harry Potter books have provided ways to make learning not only more entertaining but also more relevant to today’s kids.

How Teachers Are Using Harry Potter Books in School – referenced

WHAT DOES SCRIPTURE TEACH?

“When you enter the land which the Lord your God gives you, you shall not learn to imitate the detestable things of those nations. 10 There shall not be found among you anyone who makes his son or his daughter pass through the fire, one who uses divination, one who practices witchcraft, or one who interprets omens, or a sorcerer, 11 or one who casts a spell, or a medium, or a spiritist, or one who calls up the dead. 12 For whoever does these things is detestable to the Lord; and because of these detestable things the Lord your God will drive them out before you. 13 You shall be blameless before the Lord your God. 14 For those nations, which you shall dispossess, listen to those who practice witchcraft and to diviners, but as for you, the Lord your God has not allowed you to do so. Deuteronomy 18:9-14

How do pagan practices find their way into the church? It begins rather innocently for some Christians, but understand the dangers of dabbling in something God detests come at a great cost.

SEGMENT 3 – Are Witchcraft and occult themes just harmless and innocent?

Have some Christian churches and families opened the door to witchcraft? The darkness of the occult and witchcraft has to a great degree been accepted in our society, but the question we should ask is to what extent has it seeped into our churches?

It is hard not to notice the rapidly growing fascination in America with zombies, vampires, death, the occult, and the supernatural. Witchcraft has gone mainstream; casting spells is cool, black magic is exciting, fortune telling is fun, and killing zombies is sport. Are these just harmless, innocent fads or is there something more – something evil – behind the fascination?

Christians should strive to obey the commands and warnings throughout the Bible regarding the occult, witchcraft, and idolatry. We should avoid any form of spirituality or godliness that denies Jesus is Lord Savior. The modern spirits behind the ideas, practices, and products of Hollywood and the gaming industry certainly are not acknowledging Jesus as Lord and God. The Bible cautions us about the dangers and subtleties of sin and its practices. John also writes, Do not believe every spirit, but test the spirits to see whether they are from God (1 John 4:1)

It involves mystic knowledge and magic powers and revelations received from the spirit world and dispensed for the benefit of devotees or directed destructively at enemies by those who have been initiated into its secrets. The masters of occult power are known as medicine men (or women), witch doctors, witches, psychics, priests, sorcerers, astrologers, gurus, yogis, shamans, mediums, seers, or healers.

J.K. Rowling has defended her books and characters as being “highly moral,” and yet from the Harry Potter series, children have learned about demons, werewolves, and other monstrous creatures along with magic, spell casting, levitation, animal sacrifices, astral projection, crystal gazing, and communing with dead souls.

Innocent? Appropriate for Christian families? You make the call.