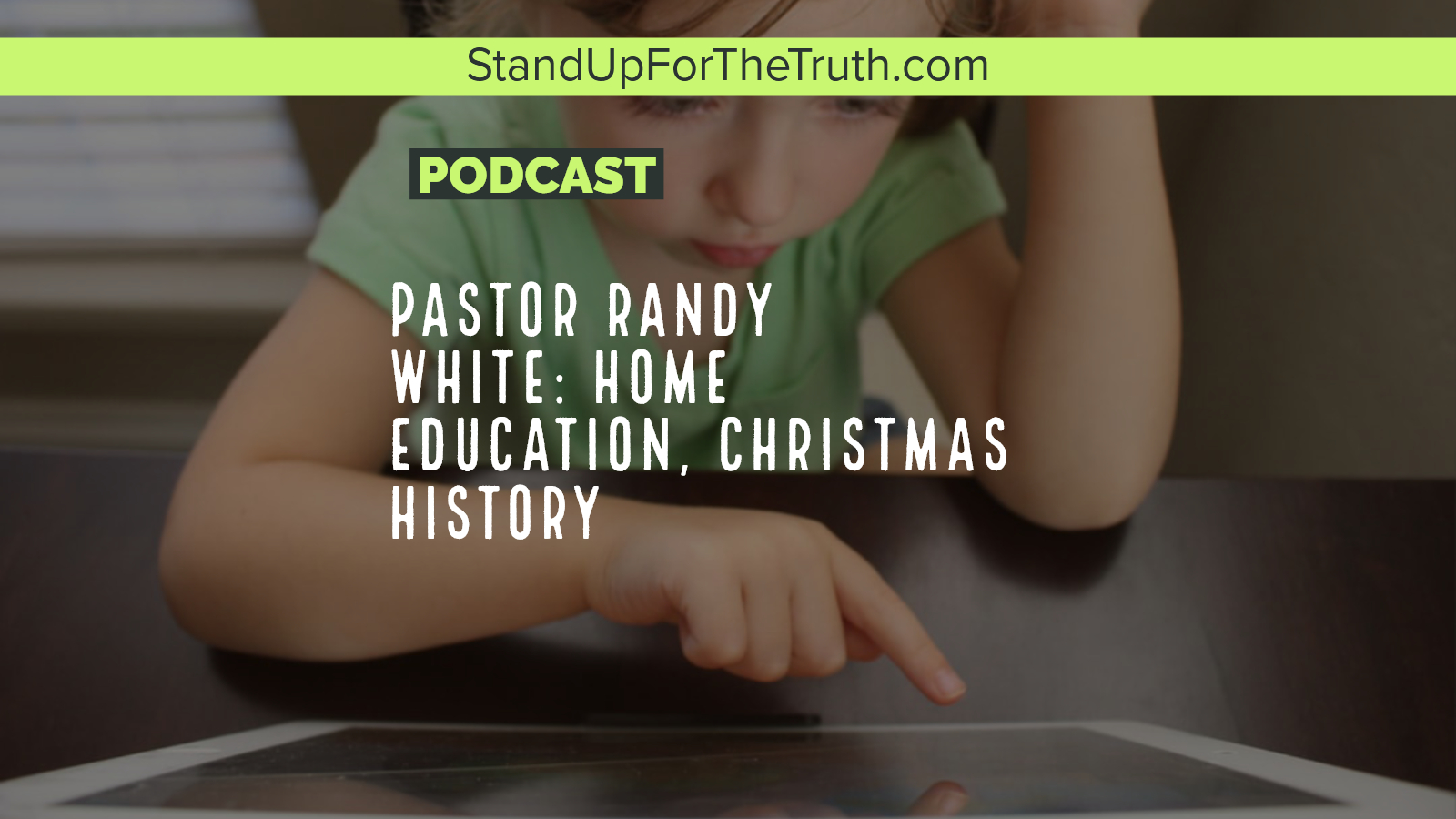 TODAY’S GUEST: Author and Pastor Randy White, founder of John Nelson Darby Academy, has been a pastor for 25 years and regularly leads tours of the Holy Land. Randy White Ministries was started in 2011 as an online and radio Bible teaching ministry, focused today on producing verse-by-verse Bible teaching resources for individuals.

He is the author of several books: The Antichrist,  The Three Statements of Thomas (Randy White Ministries, 2012) and The Faith of Benjamin Franklin (2013), and The Church Graphically Presented.  Dr. White launched Dispensational Publishing House in 2015.

QUESTIONS we asked Pastor Randy about home-based education and what Christian parents want to know: How does the John Nelson Darby Academy teach students? What are some of the problems of classroom style education that caused you to start the Darby Academy? Doesn’t a child miss out on social development? What kinds of classes are taught? What does a “Day in the life of a student” look like? The four Gospels in the New Testament present, with historical accuracy, the life and ministry of Jesus Christ. However, the interpretation of the four Gospels has been far from consistent, let alone true to the Word of God. In The Ministry of Jesus Graphically Presented, Dr. Randy White attempts to visually depict the works and words of Jesus through a series of 37 charts. These charts give the theological impact of the ministry of Jesus in an easy-to-comprehend format. Presented from a dispensational perspective, the charts give the student a means of seeing the overall scope of the Scriptures.

WHAT WE MAY NOT KNOW ABOUT HISTORY, THE BIRTH OF JESUS (Notes from Dr. Randy White)

WHAT DID THEY KNOW THAT FIRST CHRISTMAS? – sermon by Pastor Randy White