by Stand Up For The Truth | Dec 6, 2019 | Bible Prophecy, Christian Church, Persecution, Podcast, the Gospel 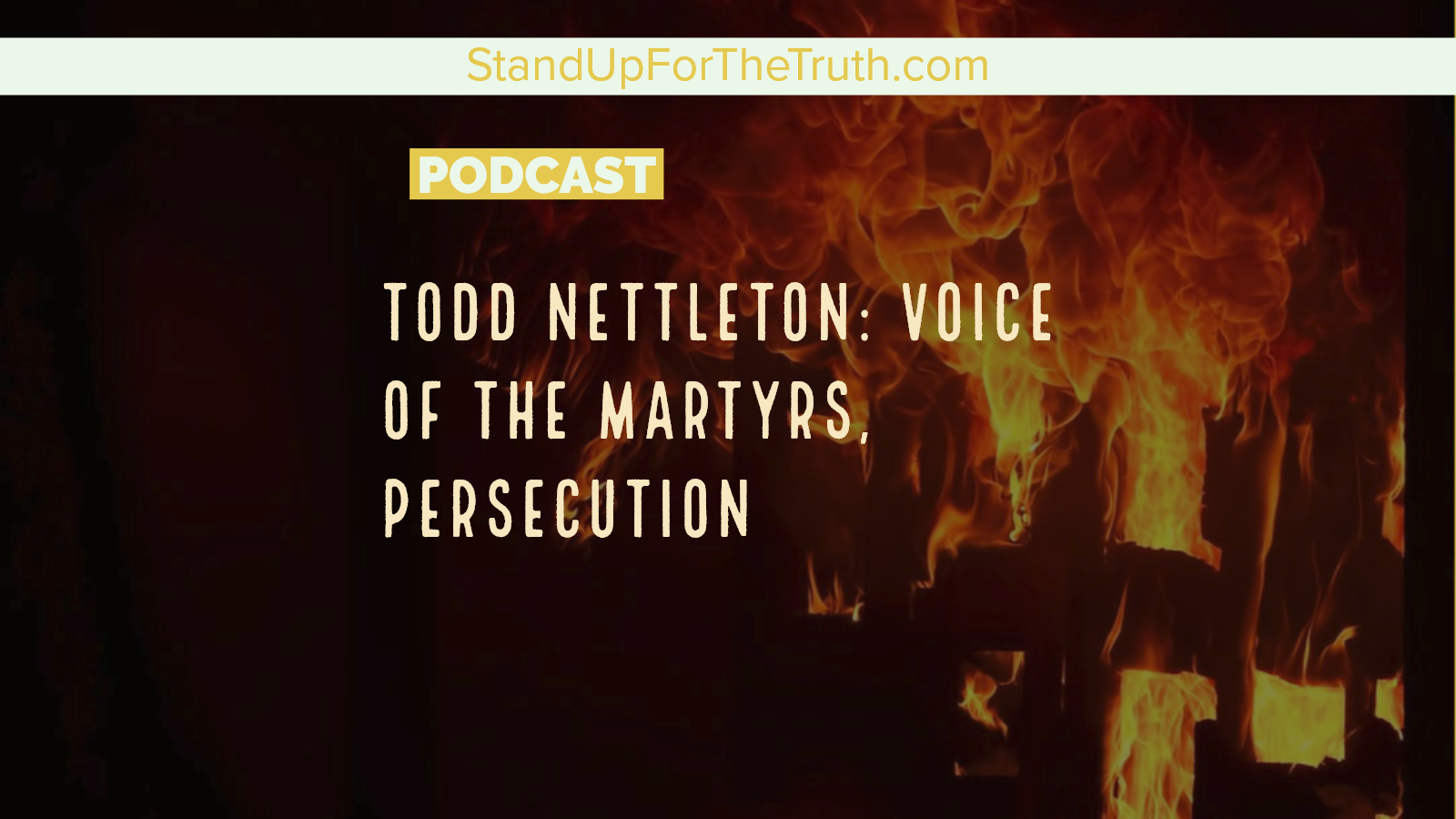 We are just too busy, distracted, and fast-paced these days. Many people believe we have taken our religious freedom for granted here in the United States – and it’s starting to catch up with us. Some Christians are actually praying for persecution in America so the lukewarm Church may be driven to its knees. Never, you say? Jesus warned His followers they would be hated, mocked, and persecuted; why would it be any different just because we live in America?

Being a committed disciple of Jesus Christ often leads to discrimination or ridicule here in the states, but in many other nations, Christians are beaten, imprisoned; some are tortured, and many are killed. In spite of this, their churches are growing. How do we explain this?

The blood of the martyrs is the seed of the church. Outside America, Christianity is increasing and the gospel is being preached in the face of severe opposition. We often feel helpless, but there are practical ways we can help our persecuted family. Today’s guest says the number one thing is prayer.

TODAY’S GUEST – Todd Nettleton is the Director of Media and Public Relations for The Voice of the Martyrs and host of VOM Radio. Todd serves as a voice for persecuted Christians, working with the media to tell people in the United States about the faithfulness of Christ’s followers in 60+ nations where they face persecution.

Todd has traveled the world to interview hundreds of Christians who’ve endured persecution in more than 20 nations. He has done thousands of interviews with various media outlets, including The Associated Press, Los Angeles Times, the BBC, Moody Radio, Christian Broadcasting Network, Newsweek, The Voice of America, Mission Network News and TBN.

Todd and his wife, Charlotte, have two college-aged sons. In his spare time, Todd enjoys reading, writing, music, travel and sports, including serving as commissioner of a fantasy football league. In 2015 he ran his first half-marathon.

Where is Raymond Koh? (Sign petition for Malaysian government to release Raymond)

Pastor Receives Death Threat, Loses His Job For Suggesting Pride Events Can Be Damaging to Kids