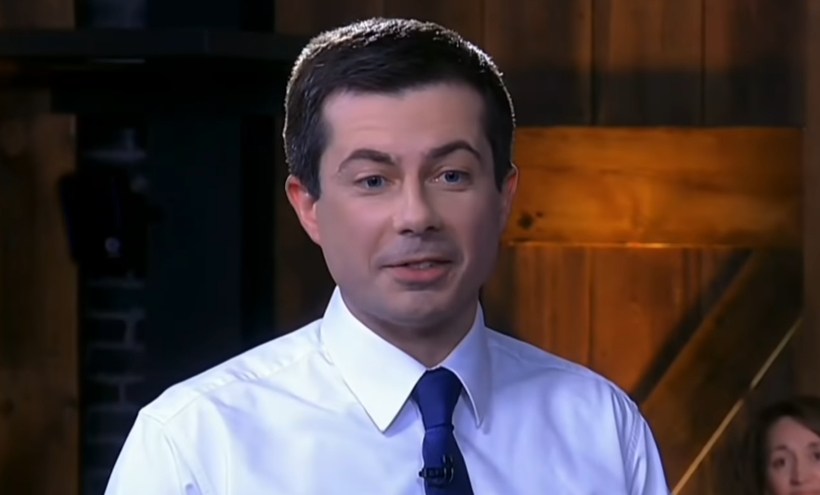 During the weekend of the March for Life in Washington D.C. Mayor Pete Buttigieg held a town hall event, and believe it or not, there were a handful of pro-life Democrats in attendance. Let’s give them some credit!

A woman named Kristen Day, asked the openly homosexual mayor if the Democrat Party is inclusive and diverse enough to also include those who want to protect babies in the womb. He basically answers her by affirming his “pro-choice” position and the Democrat platform: abortion should be available up to nine months of pregnancy and that the government should pay for it.

If you say you’re pro-life and still vote Democrat, there’s a disconnect in your politics and morality. Your Party has become an idol. What you’re really saying is other issues are more important than life in the womb.

There are also some who claim to be ‘pro-choice Christians,’ and they have a glaring contradiction in worldviews that needs to be dealt with regarding abortion and elections. So pick a side: God or government.

Kristen Day asked Mayor Pete, “do you want the support of pro-life Democrat voters? There are about 21 million of us…” No way; twenty-one million? He obviously wants their support. But he also knows – based on past elections -that a very large majority of them will keep voting for Democrats regardless.

Chris Wallace asked a follow-up question: should pro-life Democrats overlook the issue then or go find another party? I think he already knew that answer as well. See ya later!

Wallace asked if the woman was satisfied with Pete’s answer. She said she was not.

“The Democratic platform contains language that basically says that we don’t belong,” …There’s nothing that says people who have different views on this issue should be included in the party.”

We are not suggesting the Republican Party is perfect or has all the best policies, but there exists a gaping, stark contrast now between the two Party platforms…

Too many Americans either don’t want to talk about this issue or they want to keep the murder of babies legal because it’s such a huge business. They worship a golden calf.

“So let me spell this out for you. This means you cannot be a Christian while supporting the slaughter of innocent children, gay rights, gay propaganda, “gay Christianity,” theft (redistribution of wealth), lawlessness (i.e. open borders), a complete and total lack of individual responsibility (i.e. nanny state welfare system, single-payer insurance, etc.), or the endless sweeping away of our right to worship God freely. If you support this godless ideology or support candidates that do, don’t expect me to treat you as a fellow Christian.”

Steve Smothermon: The Church Must Be Courageous, Not Cowardly