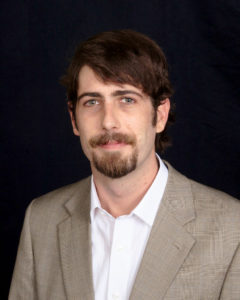 TODAY’S GUEST – Alex Newman is an award-winning journalist, educator, author, and consultant who seeks to glorify God in everything he does. He is an author, (Crimes of the Educators: How Utopians Are Using Government Schools to Destroy America’s Children), education writer for Freedom Project Media, an international correspondent for The New American Magazine, and a contributor to the Law Enforcement Intelligence Brief.

Alex has a B.S. degree in journalism from the University of Florida with an emphasis on economics and international relations, he is happily married and has four children. Along with his family, he currently splits his time between various places, including Europe and the United States.

*Prior to the provocative discussion with Alex, today’s podcast opens with a monologue by David Fiorazo.

See how great a love the Father has bestowed on us, that we would be called children of God; and such we are. For this reason the world does not know us, because it did not know Him. 2 Beloved, now we are children of God, and it has not appeared as yet what we will be. We know that when He appears, we will be like Him, because we will see Him just as He is. 3 And everyone who has this hope fixed on Him purifies himself, just as He is pure.

11 For this is the message which you have heard from the beginning, that we should love one another; 1 John 3:1-11

Silver Lining Of The Public School Shutdown – Alex on the Dr. Duke Show

Public Schools Across Nation Making It Difficult For Parents To Pull Kids Out To Homeschool, Report Says