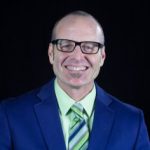 Romans 15:4 states: “For whatever was written in earlier times was written for our instruction, so that through perseverance and the encouragement of the Scriptures we might have hope.”

Today, we catch up with Mike Abendroth and discuss how Christians can maintain a balanced, biblical perspective through all that is happening in America and the world. We also look at some lessons from the Old Testament Book of Nahum, discuss its context, and some practical points from Pastor Mike.

1 The oracle of Nineveh. The book of the vision of Nahum the Elkoshite.

2 A jealous and avenging God is the Lord;
The Lord is avenging and wrathful.
The Lord takes vengeance on His adversaries,
And He reserves wrath for His enemies.
3 The Lord is slow to anger and great in power,
And the Lord will by no means leave the guilty unpunished.
In whirlwind and storm is His way,
And clouds are the dust beneath His feet.
4 He rebukes the sea and makes it dry;
He dries up all the rivers.
Bashan and Carmel wither;
The blossoms of Lebanon wither.
5 Mountains quake because of Him
And the hills dissolve;
Indeed the earth is upheaved by His presence,
The world and all the inhabitants in it.
6 Who can stand before His indignation?
Who can endure the burning of His anger?
His wrath is poured out like fire
And the rocks are broken up by Him.
7 The Lord is good,
A stronghold in the day of trouble,
And He knows those who take refuge in Him.
8 But with an overflowing flood
He will make a complete end of its site,
And will pursue His enemies into darkness.

9 Whatever you devise against the Lord,
He will make a complete end of it…

15 – Behold, on the mountains the feet of him who brings good news,
Who announces peace! … (more)

*Mentioned at the close of this podcast: Top 50 News & Resource Links for Christians, Conservatives

Does the Bible Answer Every Question We Have?

The Garden of Eden Is A Real Historical Place

Why should they listen to you?