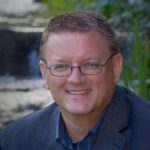 TODAY’S GUEST: Dr. J. B. Hixson has more than thirty years of ministry experience in the pastoral and academic arenas. Dr. Hixson has served on the faculties and adjunct faculties of nine colleges and seminaries. He earned degrees from Houston Baptist University, Dallas Theological Seminary, and Baptist Bible Seminary. He is pastor of Plum Creek Chapel in Colorado.

He is the author of nine books and has contributed to theological journals, magazine and newspaper articles, and other media. He is the host of Not By Works, a 25-minute daily radio program that airs each weekday. Check COVID research here:

We discuss double standards, censorship of Christians, Democrat’s total commitment to abortion, the dangerous power of big tech and one-party rule in a constitutional republic.

Democrats Have Released a Roadmap to One-Party Rule

The Left’s Idea of Unity is Submission