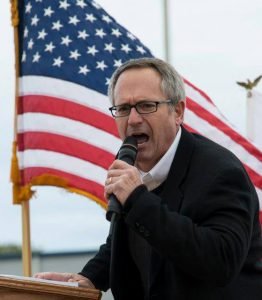 Today’s Guest: Dr. Jake Jacobs is a historian, speaker, teacher, and founder of Politically Incorrect Institution, and author of Mobocracy: The Cultural and Political War to Destroy Our Republic under God; and, Mother Should I Trust The Government: The Making and Keeping of our American Republic.

He has degrees in American History and Biblical and Judeo-Christian Studies from Arizona State University, Ashland Theological Seminary, and North-West University. Dr. Jacobs has spent more than 30 years teaching at public and private high schools, and at the college level in the face of politically correct intimidation by the academic establishment. Jake lives in Wisconsin with his wife of 32 years, Lori, and has two children Joseph and Anastasia. 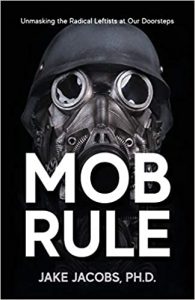 MOB RULE: Unmasking the Radical Leftists at our Doorsteps

In this eye-opening book, Dr. Jake Jacobs unmasks the Marxist agenda and shows how ideologies once considered evil are being quietly ushered into our lives. You’ll discover how the 1619 Project is rewriting history; the next steps for Black Lives Matter, the origins of Antifa and it’s violent scheme to force America into submission, and more. Jacobs offers a powerful plea for the preservation of Western civilization.

“MOB RULE clearly explains America’s greatness, and the evil ideology hell-bent on destroying our precious Republic. If you’re a parent or grandparent worried about the Marxist takeover of our schools & culture, you must read MOB RULE!” – Rachel Campos Duffy, Host, FOX Nation

FREEDOM OR MOB RULE? WHAT SAY YOU, AMERICA? – Our previous interview with Dr. Jacobs!

What is Critical Race Theory?

How Should Christians Respond to Injustice, BLM, Lawlessness?

Progressive Ideology and the Hijacking of the Christian Faith

Democrats in Congress vs God’s Will