Censorship Is Here – and They’re Coming for Christians

Threats to our religious liberty were subtle a few decades ago. But then came the discrimination, the propaganda, the intolerance of the left and the politically correct mob, and now, cancel culture. But more Christian Americans are fed up! Many of us have decided: The more the culture tries to silence us, the more we will fight to speak the truth.

The left can’t win arguments and debates because their policies are awful and their worldview is warped. They rejected God so they now have to silence those who disagree with them and who hold to a biblical worldview. This is where you and I come in.

I’ve contacted over a dozen pastor friends and conservative leaders of Christian ministries or non-profits for this report. Almost every single one of them said similar things about why they were banned, censored, deleted, or warned by big tech or social media platforms. It comes down to intolerance of the biblical worldview.

Enemies of God are not as concerned about silent Christians, but these are remnant believers who are unashamed of the name of Jesus and the Gospel.

Olive Tree Views founder and host of Understanding the Times radio, Jan Markell has been marginalized on all social media. Her page was deleted by YouTube twice and she has had programs taken down due to content such as Bible prophecy and concerns about government. Many Christian leaders will be venturing to new platforms.

Markell declares, “You will now be punished by big tech for telling the truth. They are in love with evil and think righteousness is dangerous.” 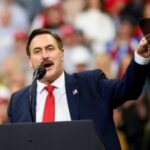 I interviewed Mike Lindell, CEO of My Pillow on Monday, and he shared about using the platforms God gives us for as long as we can. His first documentary, Absolute Proof, was immediately taken down from Vimeo, YouTube, and even removed from the server his websites were on.

James O’Keefe, Ryan Anderson, Liz Wheeler, and David Daleiden have all been censored. Pastor Dan Fisher and Paul Blair in Oklahoma have been censored for biblical preaching and their church was dropped by Vimeo. Charlie Kirk of Turning Point USA had a speaking event at a Seattle church cancelled over threats of arson and violence by a leftist mob. I could name dozens more!

Heidi St. John (The Busy Mom) has been in and out of Facebook jail; Jack Hibbs, Dr. Jake Jacobs and Duke Pesta have been warned or demonetized; my video on a mask study got Freedom Project’s YouTube flagged and frozen for a week. 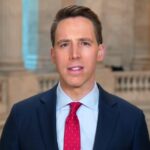 Senator Josh Hawley (R-MO), a committed Christian, had a book deal with Simon and Schuster which they canceled. Why? Hawley called for an investigation into claims of election fraud. He had also frequently criticized social media giants for “alleged anti-conservative bias to monopolistic control of the online market.” He states:

“At a time when these platforms are determining elections, banning inconvenient political views, lining politicians’ pockets with hundreds of millions of dollars, and addicting our kids to screens, I want to draw attention to the robber barons of the modern era. This is the fight to recover America’s populist democracy.”

…If you believe Jesus is Lord, the Bible is God’s Word, and people need to repent of their sins, you will be canceled – that is, IF they know you’re a Christian and if you speak the truth publicly. This includes the remnant of true Christian churches, everyday citizens, and especially pro-life organizations. If you resist Rona virus fear-mongering or have concerns about vaccines and overreaching mandates, you’re on the list!

They say they want unity, but they demand submission. And they will punish those who disagree.

A Shift in Educational Priorities