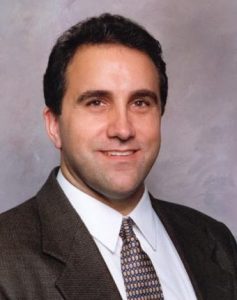 TODAY’S GUEST is Marc Morano, is an investigative journalist and publisher of the award-winning ClimateDepot.com, a global warming and eco-news center founded in 2009. Morano is also the host of Climate Hustle, a documentary narrated by Kevin Sorbo. He is the author of The Politically Incorrect Guide to Climate Change, and his most recent book, Green Fraud: Why the Green New Deal is Even Worse than You Think.

We discuss how the left is now trying to use “climate change” to lock-down and control people. This is about power, manufacturing a crisis, and framing the narrative to force change. Will Americans submit?


According to Morano, “Chuck Schumer is urging Biden to declare a national climate emergency.” He adds:


“In the UK they’ve proposed CO2 ration cards that the government or employers would monitor your CO2 levels, your energy use. This is the world…A CO2 budget for every man, woman, and child on the planet has been proposed by a German climate advisor. This is what we’re looking at.”

“We have the major UK report that came out; we have an International Energy Agency report that came out… calling for essentially the same type of lockdowns — everything from restrictions on your thermostat to restrictions of moving. You can only fly in a climate emergency when it’s ‘morally justifiable.'” Morano warned: (Interview with Tucker Carlson, Fox News June 22)


Green Fraud: Why the Green New Deal Is Even Worse than You Think 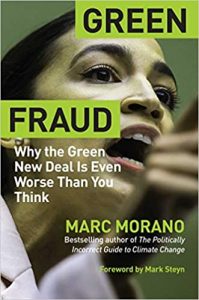 A New Lockdown to “Save” the Climate: That’s what’s in store for us if Alexandria Ocasio-Cortez and the Democrats pass their radical climate plan—the Green New Deal. Truth about the Green New Deal:

Black, white and gray all over?

Living and Passing on Our Faith to Others

Gathering Storms of War in the Middle East