Tim Stephens: Counting the Cost When Government Takes on Religion

Posted by Stand Up For The Truth | Aug 17, 2021 | Christianity, Government, Pastor's Perspective, Podcast, Politics and Faith | 0 |

On today’s podcast, David Fiorazo interviews Pastor Tim Stephens of Fairview Baptist Church in Calgary, who has been arrested twice so far for obedience to Christ, leading his congregation, and continuing to hold church services in spite of government orders and limitations on worship in Canada.

Tim Stephens is the pastor of Fairview Baptist Church. He started his ministry in January 2014. Tim grew up on a farm in Eastern Ontario and graduated with a Computer Engineering degree from Queen’s University and a Masters of Divinity degree from Detroit Baptist Theological Seminary. He is happily married to Raquel and they have eight children.

“The church has not become political, the government has become religious.” – Tim Stephens 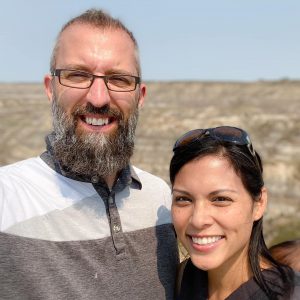 He could have been released from jail earlier, had he been willing to compromise his capacity as shepherd to his church. But he refused to sign the bail conditions presented to him on principle. He is free for the time being, but make no mistake — Alberta Health Services is continuing their zealous legal pursuit of pastors who dared to question their directives, and serious legal battles lay ahead for Pastor Tim.

His church building was also returned, but the congregation now has a new problem to deal with. Pastor Tim’s uncompromising witness to the primacy of Christ is drawing in many new worshippers. His growing flock will no longer fit inside their returned church building. They have been gathering instead, in increasing numbers, at Shepard Community Hall to accommodate all the newcomers.

Afghan Christians Face Terrifying Future Under Taliban: ‘As Christians We Know There Is Persecution’

Thanks to God’s sovereignty and the body of Christ, this self-published book remains in best-seller categories of censorship and political freedom. Help us overcome censorship, political correctness, and big tech suppression by sharing David’s new book: Canceling Christianity: How The Left Silences Churches, Dismantles The Constitution, And Divides Our Culture

How to answer the fool!